I have five pillows, one blanket and a sheepskin on my couch right now. Can I possibly come up with a better way to make myself go insane? Five pillows which I know…will be tossed onto the floor, sat on, squished, and…best of all…five pillows that I will have to pick up a GA-zillion times. Plus, the blanket will need to be refolded daily. Silliness!

Despite the numerous first world problems that throw pillows bring into our lives – I still sorta like ’em. And, I like making them. ‘Cause throws pillow ain’t cheap!

We’ve had this couch for a year now. It came with five pillows & I was all like — I don’t like those pillows, they are going in the attic!! 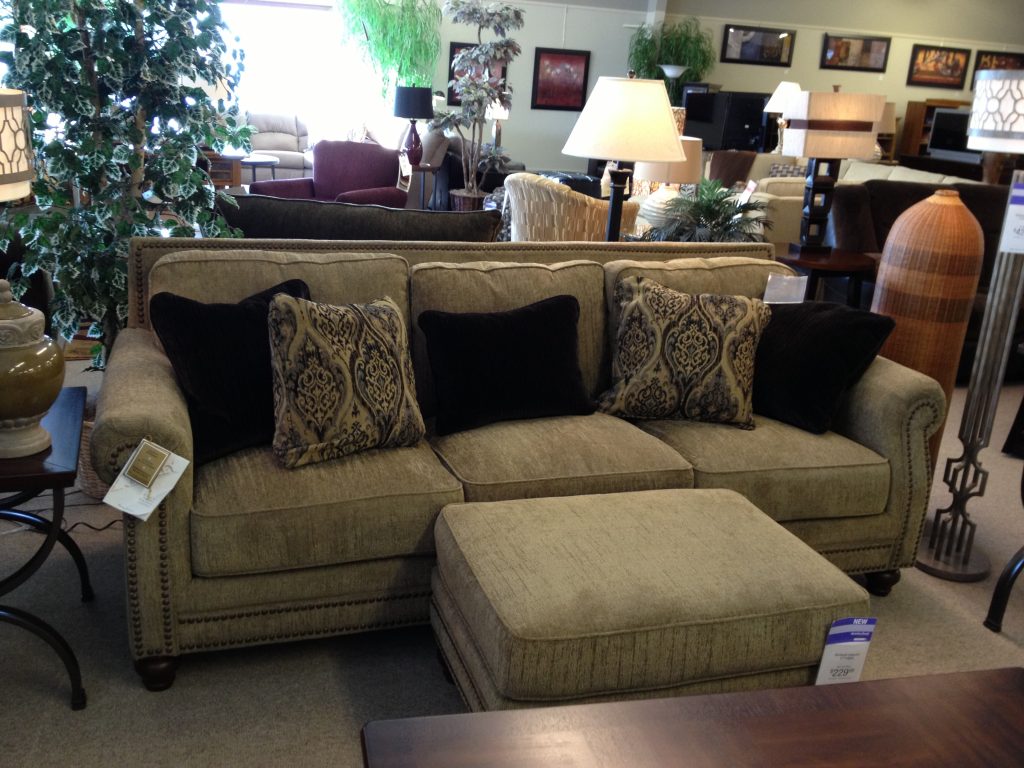 (I did not buy the ottoman that went with this couch and I wish I would have. Buyer’s remorse.)

If you don’t like the ones that come with your couch (like me) strip off those so-not-my-style-coverings and start over! It only took me a year to find a good, easy pattern.

Here is the tutorial I used from The Happy Housie. It was awesome. No mistakes. No Pinterest fails, just a great photo-packed tutorial. 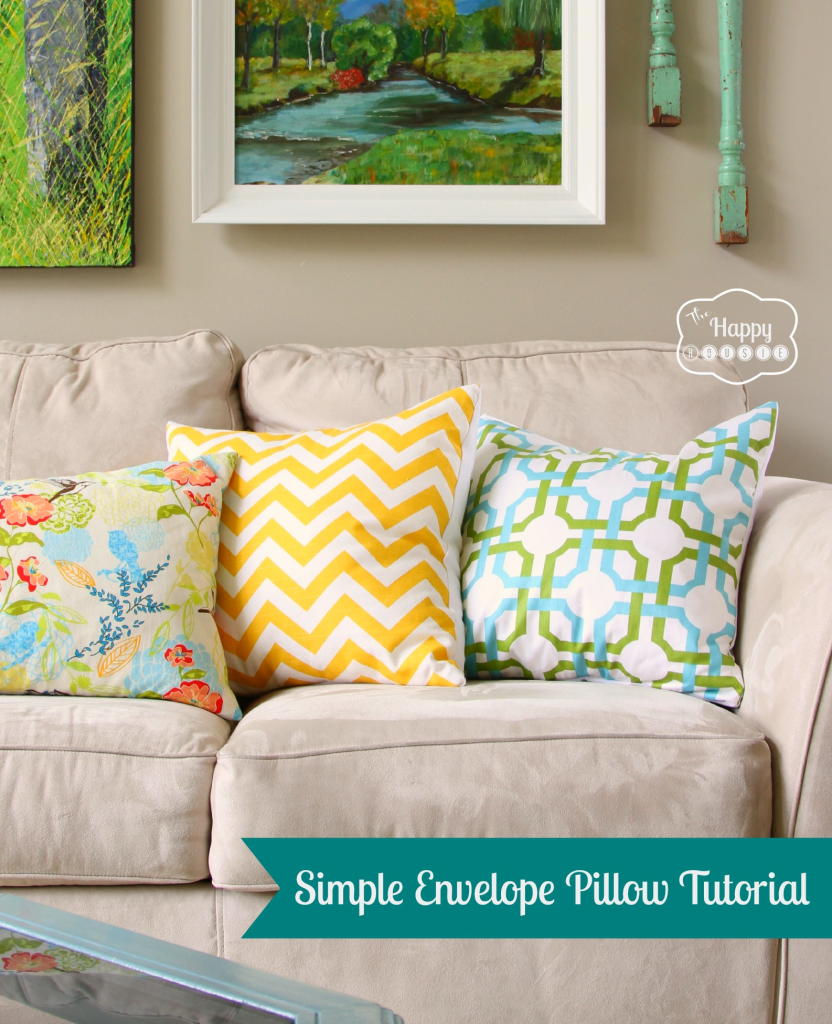 So, I made two chevron pillows. The measurements of my pillow forms (after stripping off the paisley store bought cover) were 23 x 23. That meant my front chevron fabric panel needed to by 23 x 23.

Within 20 minutes they were done & sitting on our couch. And, they looked lonely. I know that sounds crazy – but they did!

So, I made two more! Thanks to this great Envelop Pillow tutorial – I was set! I even knew how to do the math to make smaller pillows. Talk about empowering! 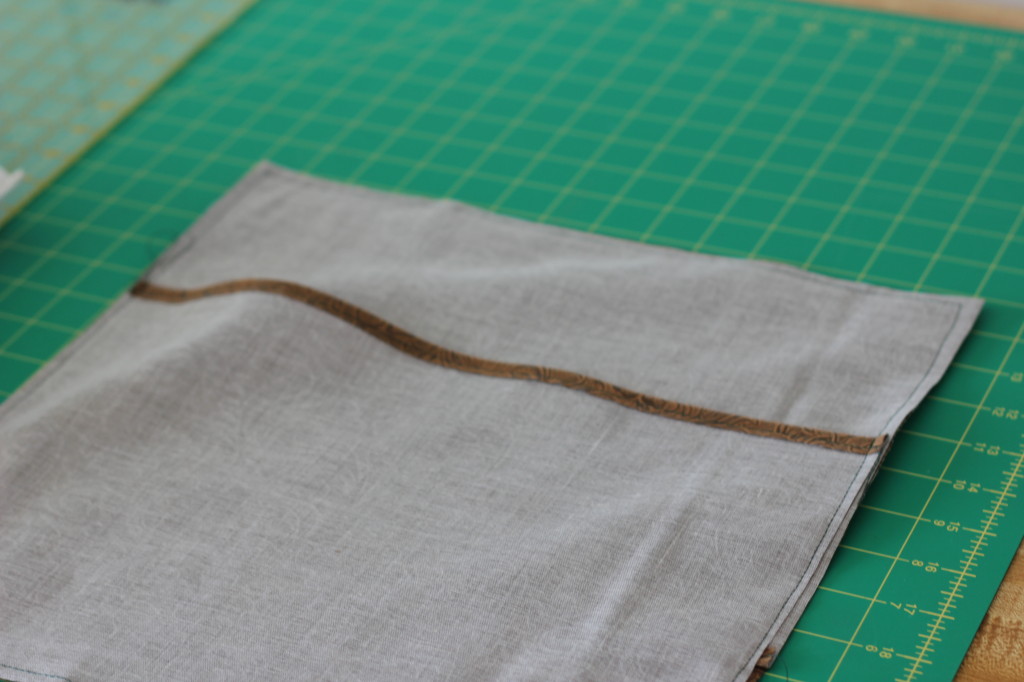 I added a white one that I purchased a few months ago at Target & a sheepskin that we received for a wedding gift. 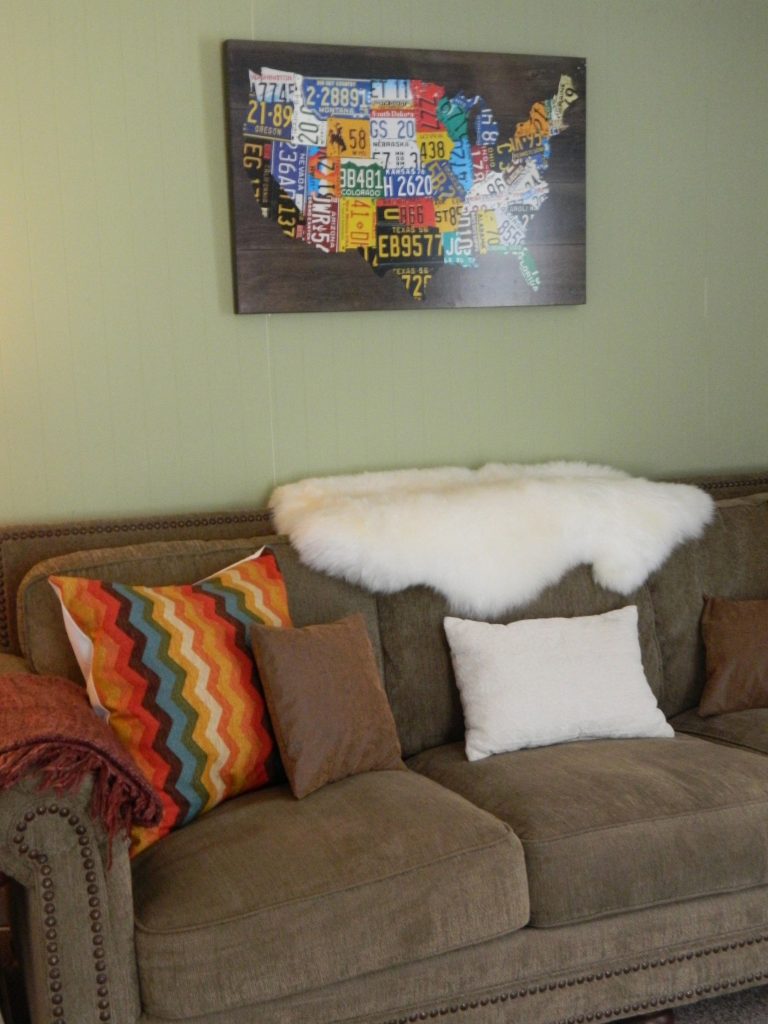 OMG, I just noticed…the brown pillow is not in the right spot. Grrrr. Time to arrange. #firstworldprobs 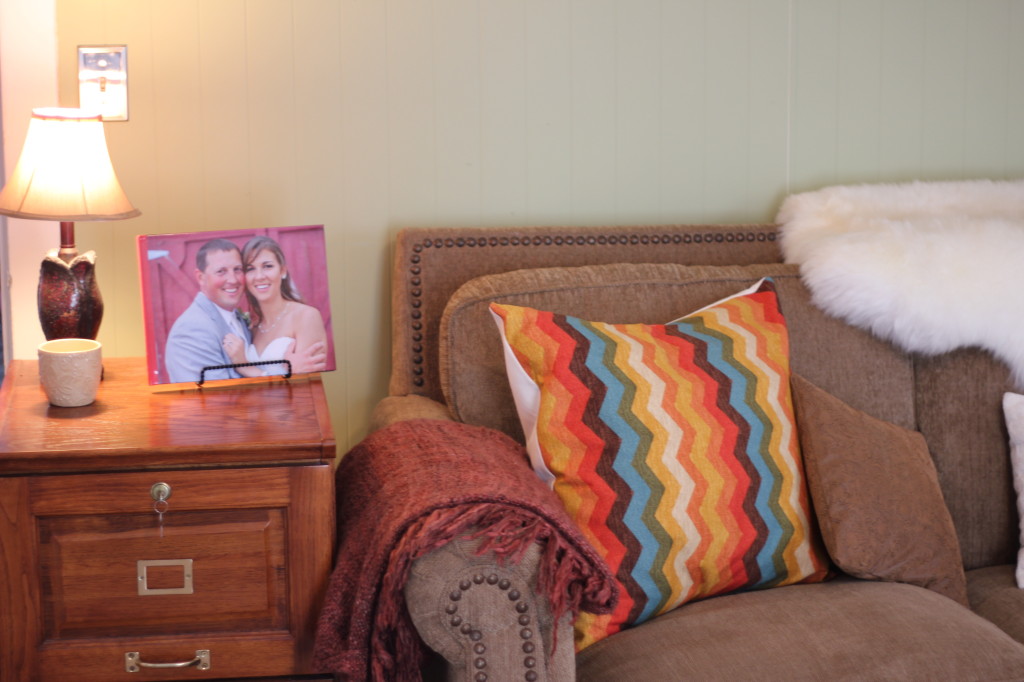 And, it matches the cow art! 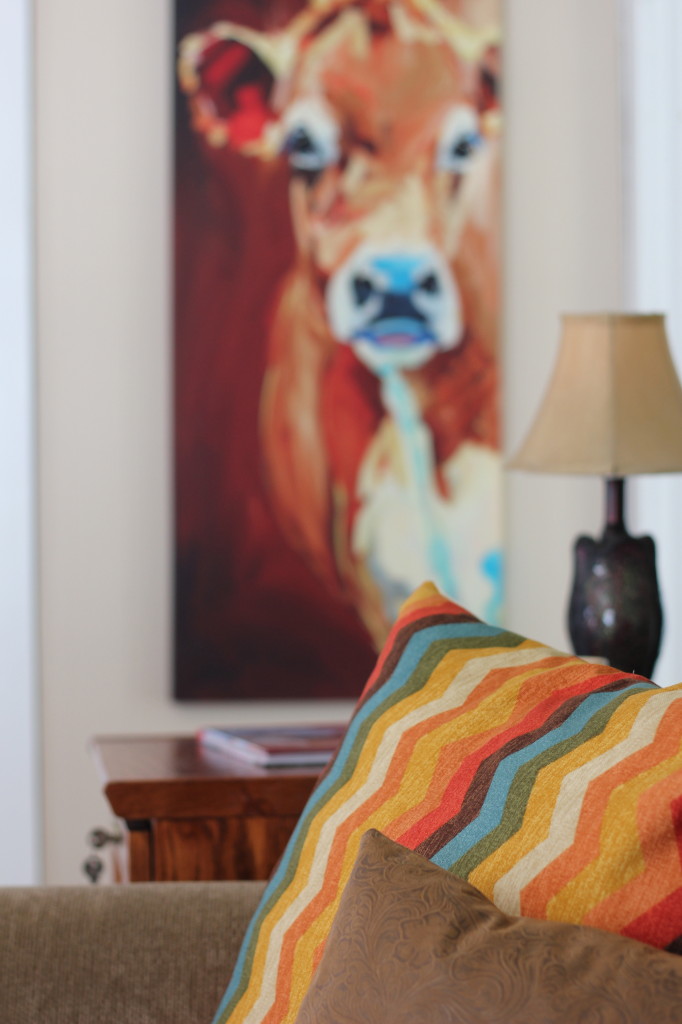 Despite all the ho-humming about the insanity of picking up & perfectly arranging throw pillows — I haven’t mentioned the best part. You get to use them! Lay down, curl up & watch some of the Winter Olympics. Or, take a cat nap!

Don’t be fooled my friends: This is not in vain – pillows have purpose!!

Instead of perfectly arranging the pillows, I’ll just use one (or three) to take a nap!