They made it! And, they really did bring me a kitten. Actually, not one but TWO kittens. Savannah thought they needed a friend. A whole nine-hour drive with two kittens. I can’t believe those crazy girls did that drive with cats. They must have really wanted to give them away. Then, they found a sucker like me willing to take two. They took these two photos during their drive. 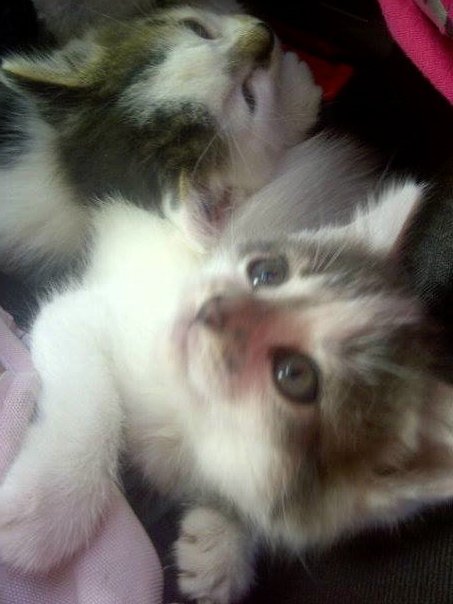 The drive wasn’t without drama. The kittens needed a potty break and didn’t quite make it to the rest stop. They went to the bathroom in their travel box. Apparently, it was stinky. They had to throw away the little towel. 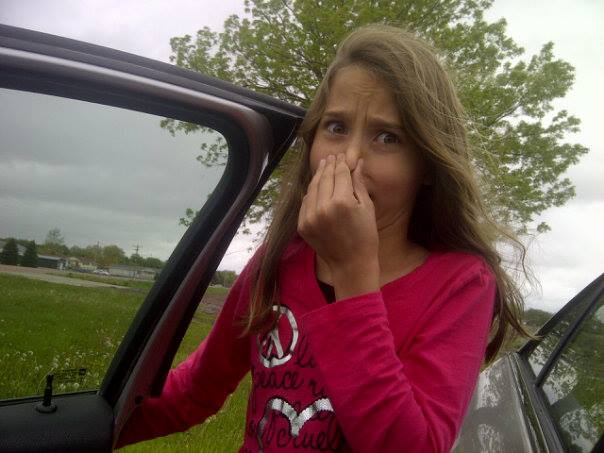 While they were driving, I stocked up at the grocery store. Schyler requested blue berries, Mom asked for tea and Savannah wanted oranges. I grabbed some other stuff, too. No one is going hungry at my house. 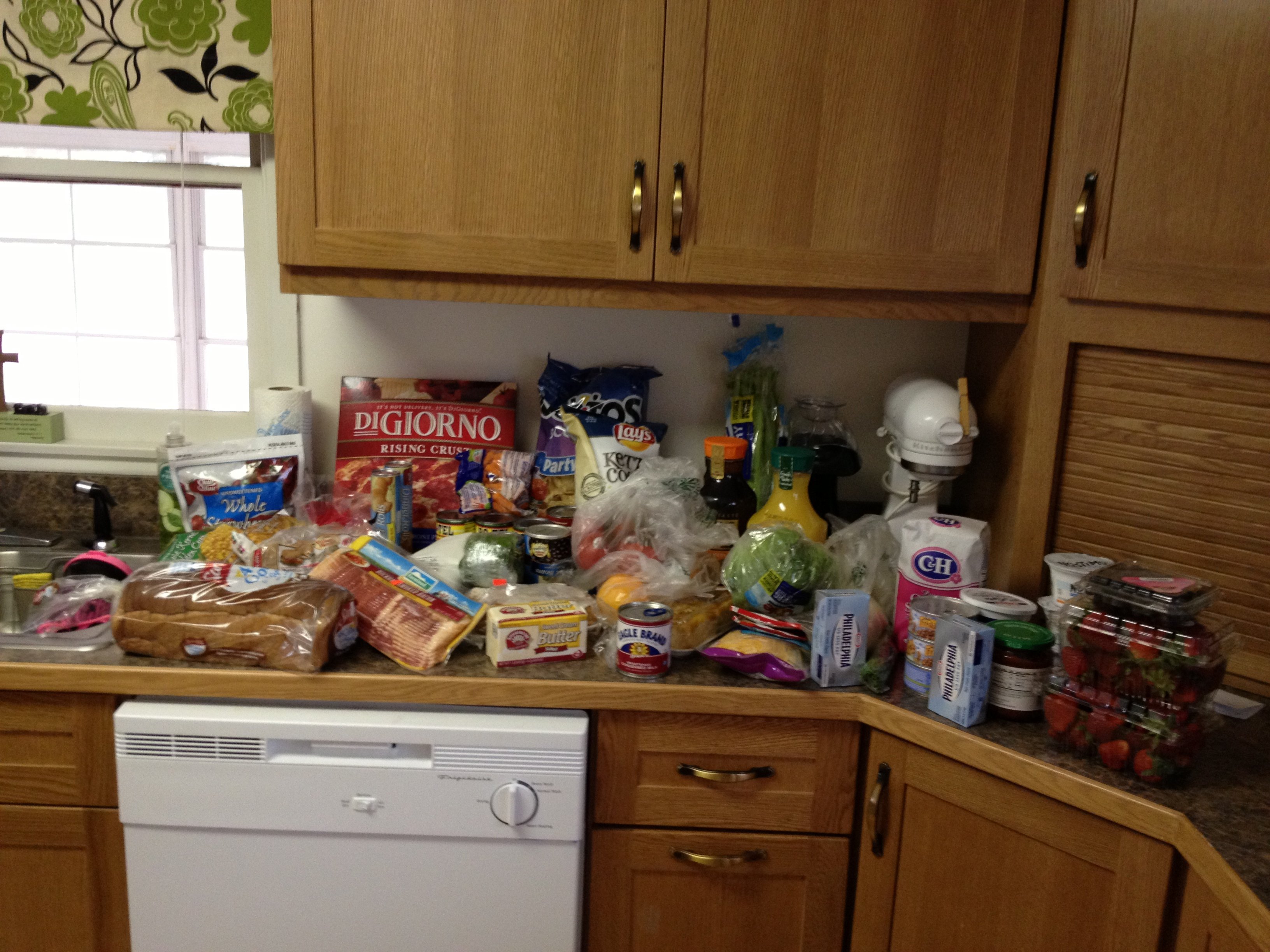 One of my “goals” for their trip was to sew. When I got back from Missouri last week John and our friends had finished the dining room turned sewing studio. I was so exited about it that I took down my entire sewing room at my house and hauled it to the farmhouse. I was trying to get things ready before my Mom and sisters arrived.

That didn’t happen. Instead, it rained for five days straight and we couldn’t haul anything out of the house. Now, it is all piled in the soon-to-be-sewing-studio.

In honor of my old sewing room, I wanted to share a few photos. It takes quite a bit of effort to organize a room full of scraps of fabric while on a budget. I borrowed the huge table from John’s mom. I made the curtains out of a white top sheet I found at the farm, but was never used. 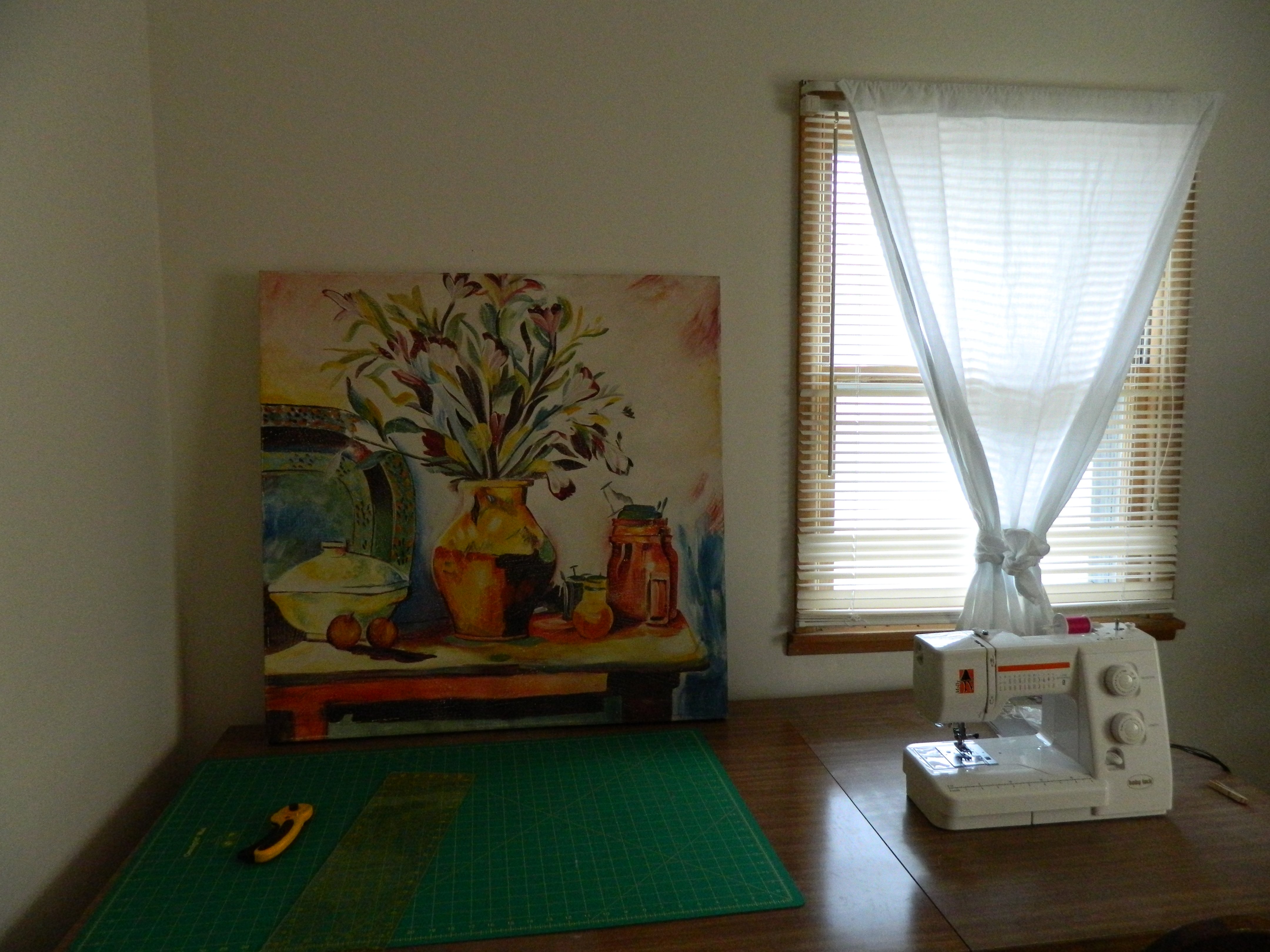 The hutch came from In Full Bloom in Centralia. John thinks the color is pretty silly, but I just love it. 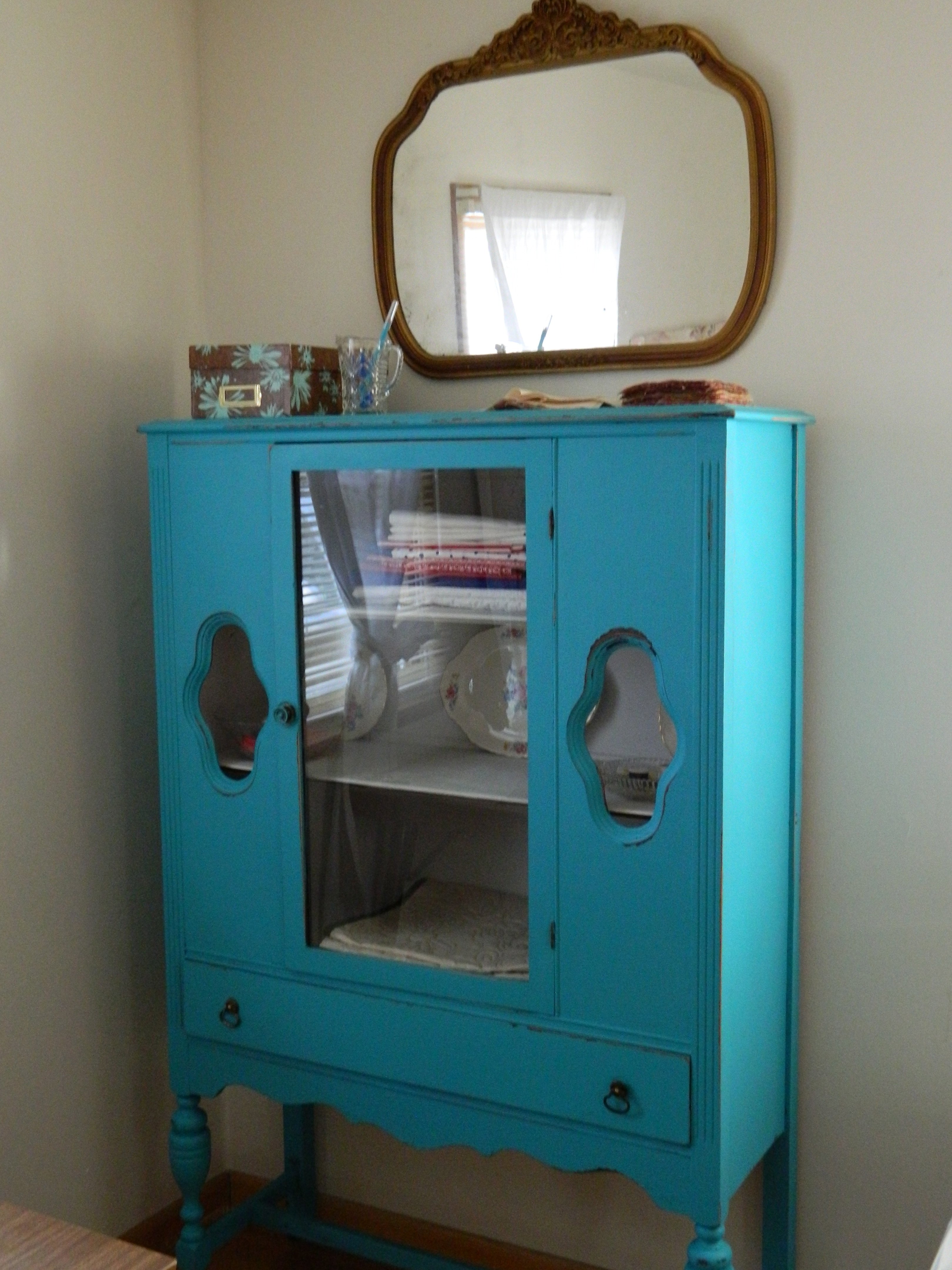 I stored my ribbons in a little bowl. 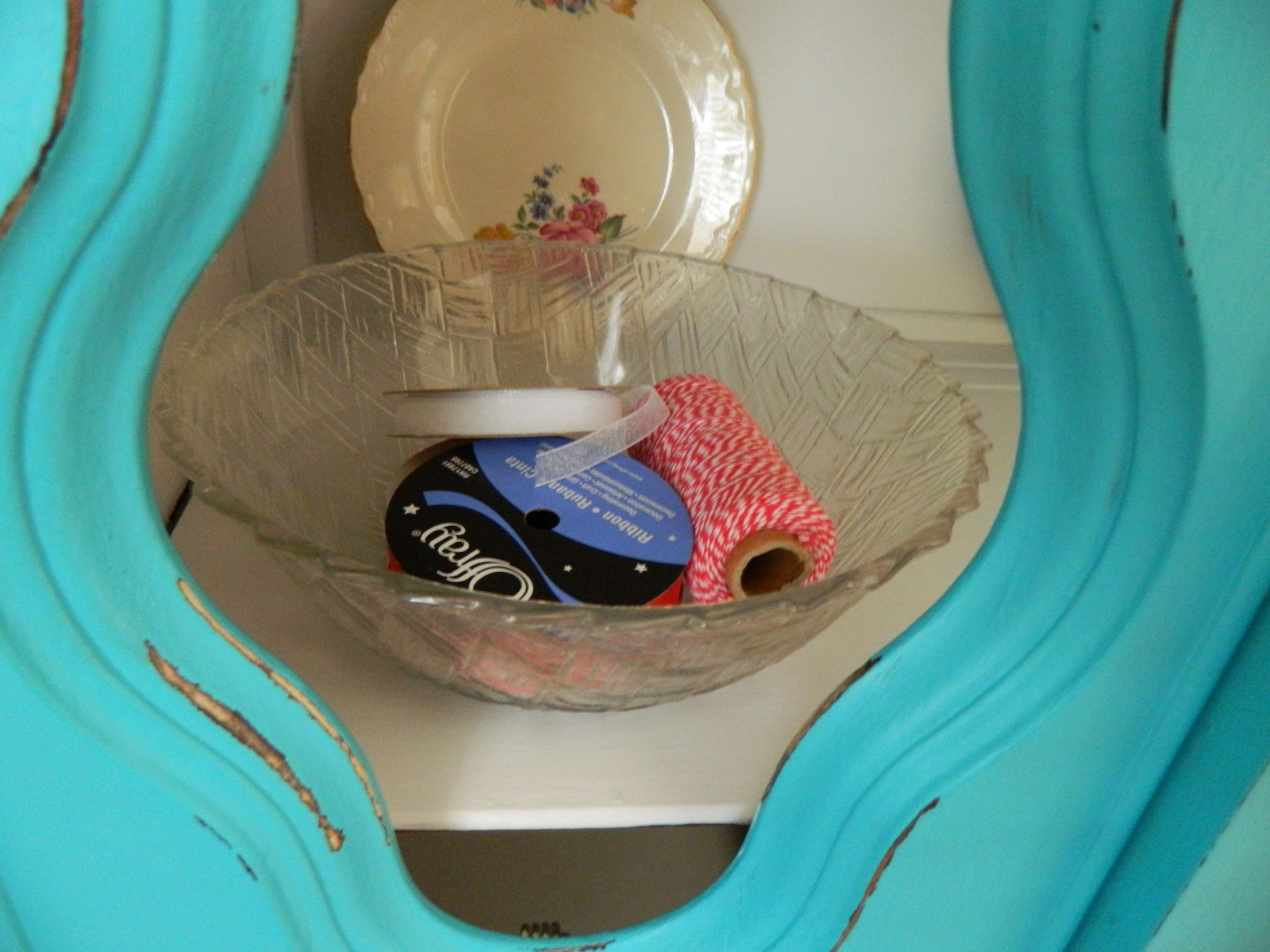 Scissors and marking pencils in a cream pitcher. 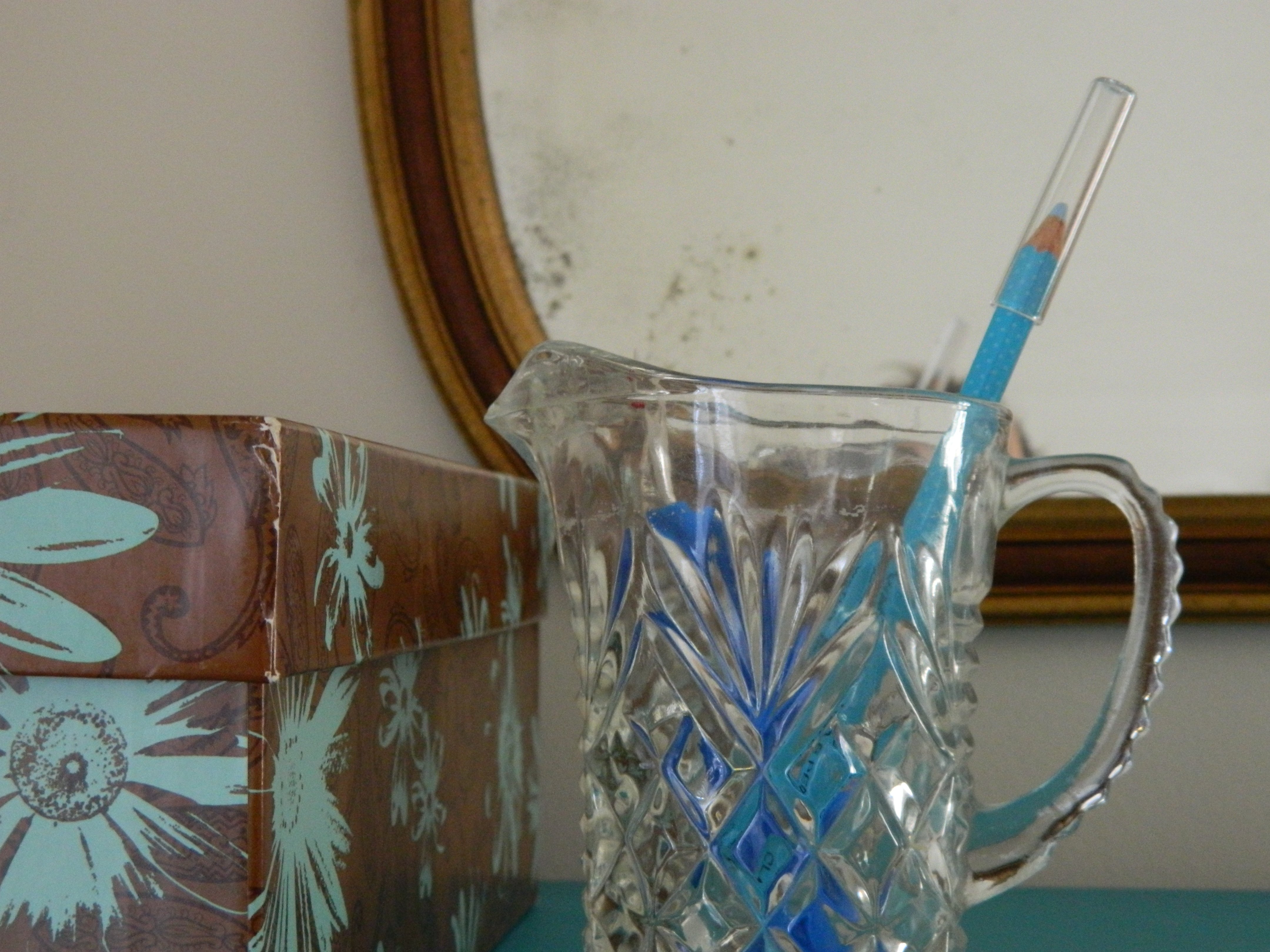 And, thread in another dish. Once, during a blizzard, I ran out of white thread. It was so sad. I had nothing, nothing, nothing to do anymore. I was stranded in snowstorm without thread! I will never make that mistake again. One spool is not enough for a two-day blizzard. 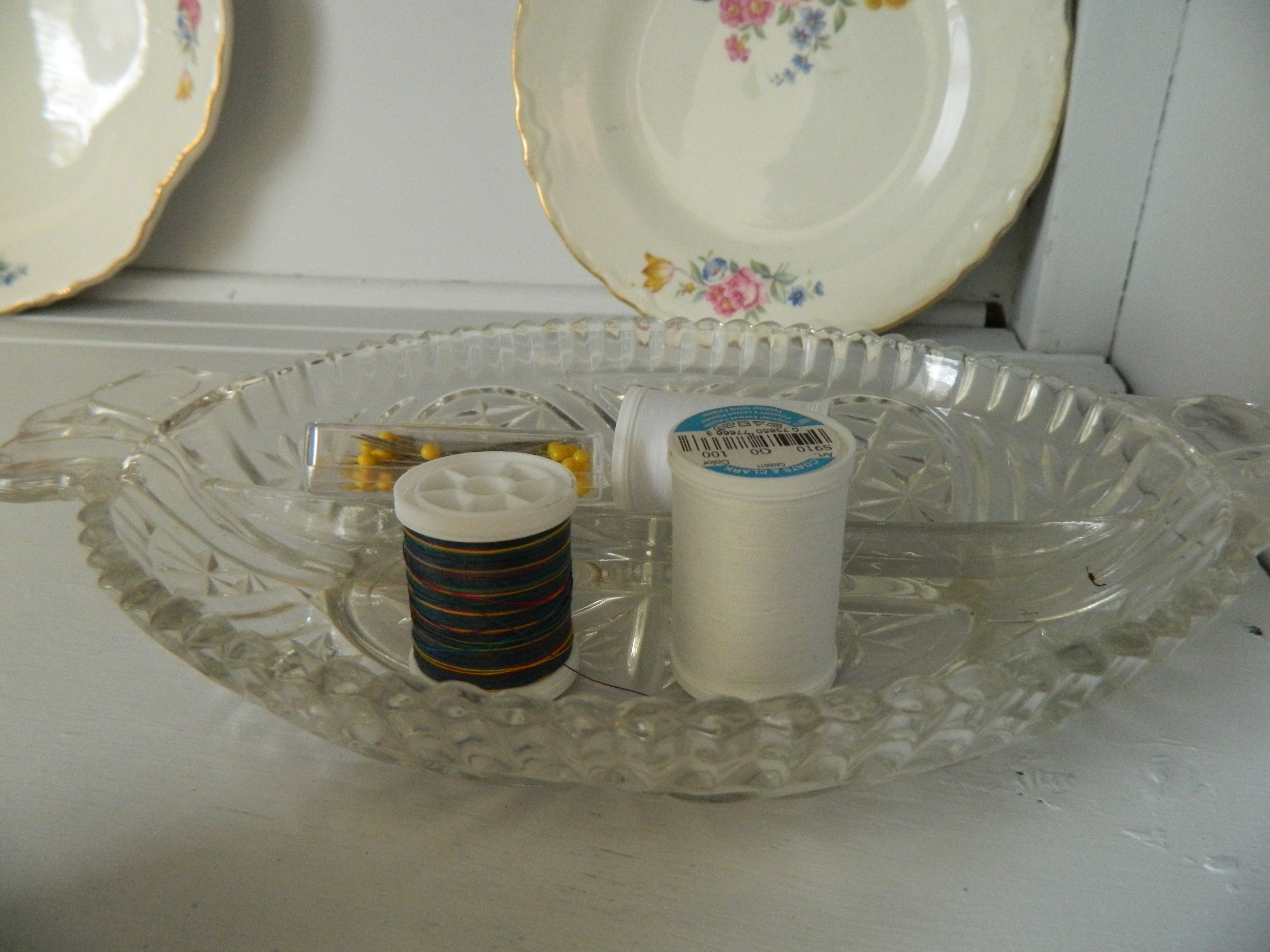 I borrowed the iron from John’s mom and the ironing board from John’s dad. This really was a sewing room on a budget! Plus, they were very kind to lend me so many things. It is hard to furnish a whole house. 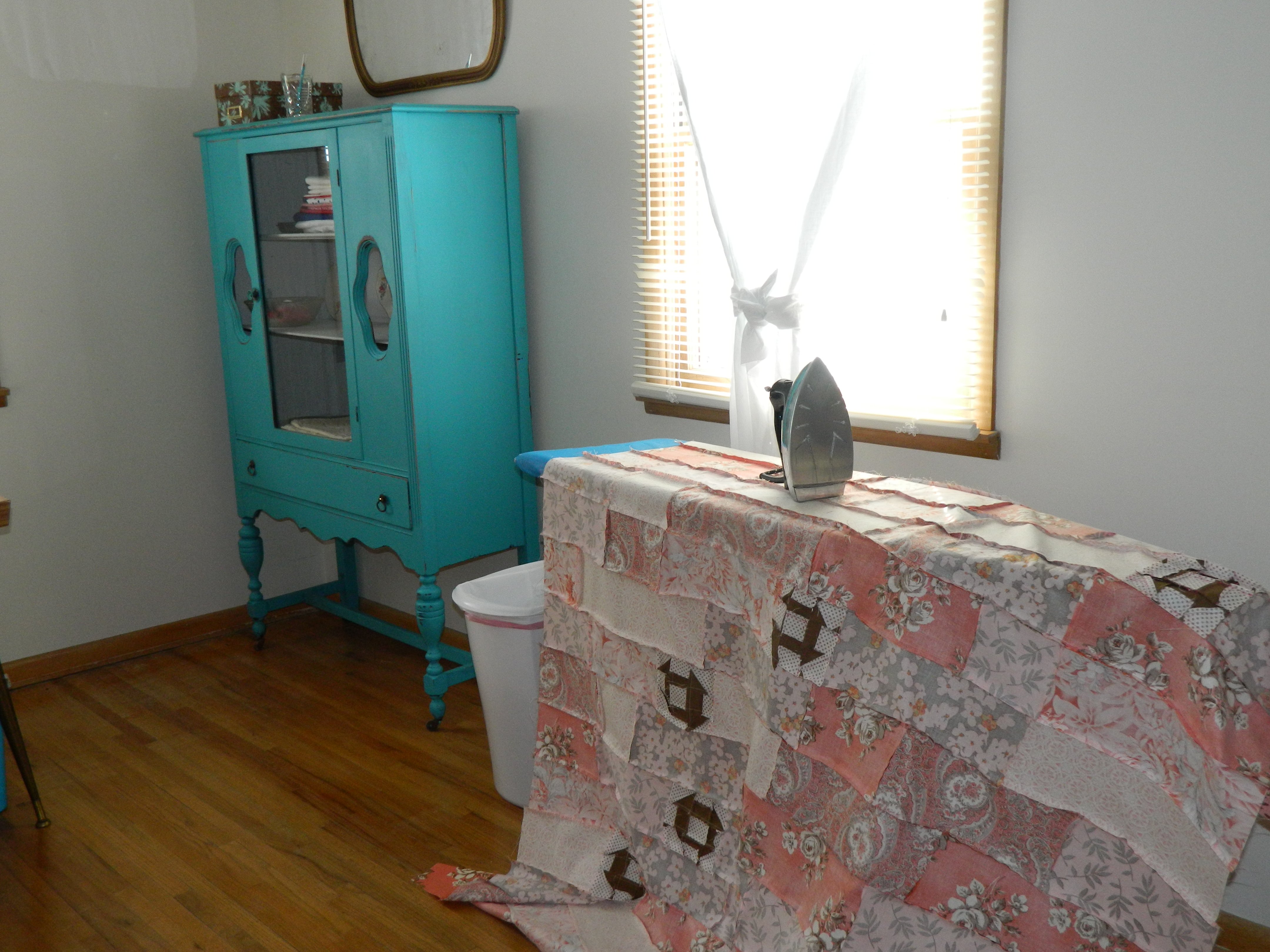 The little white cabinet came out of the upstairs at the farmhouse. I cleaned it up and put new handles on the drawers. It still needs a little painting work. 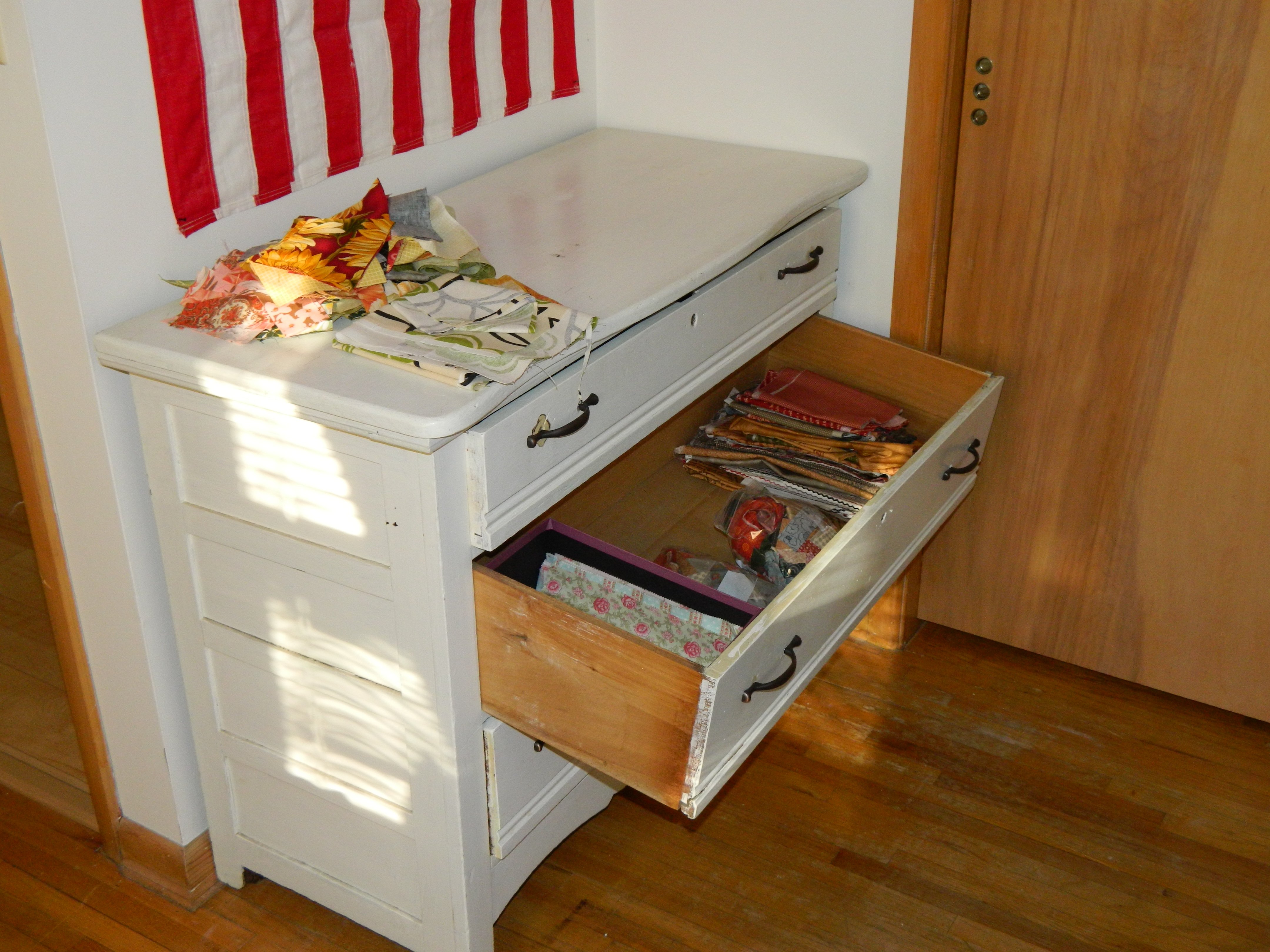 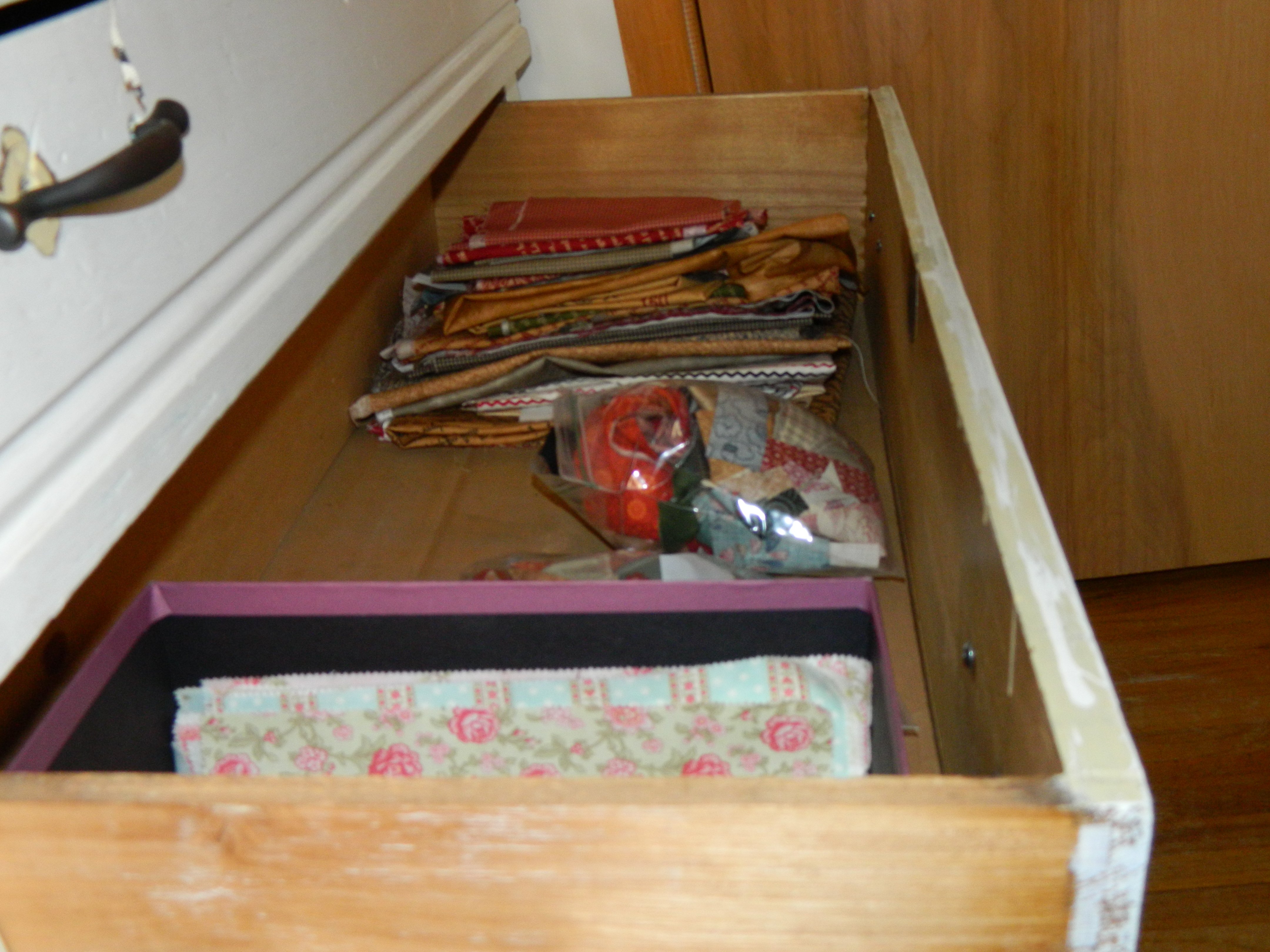 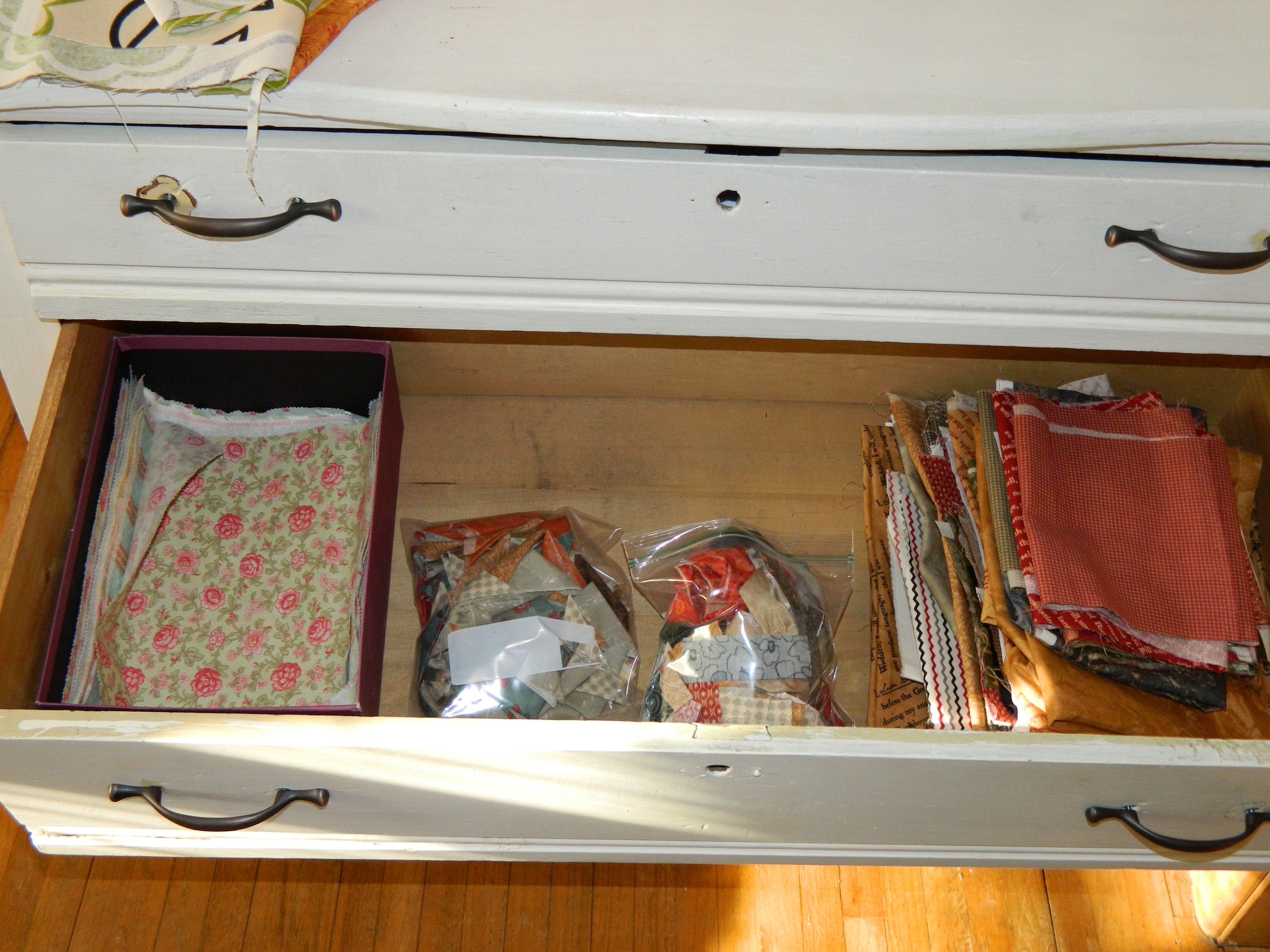 I loved this little iron, but John’s mom just gave me a new one at my shower in Missouri. Now I can return hers and have my own. 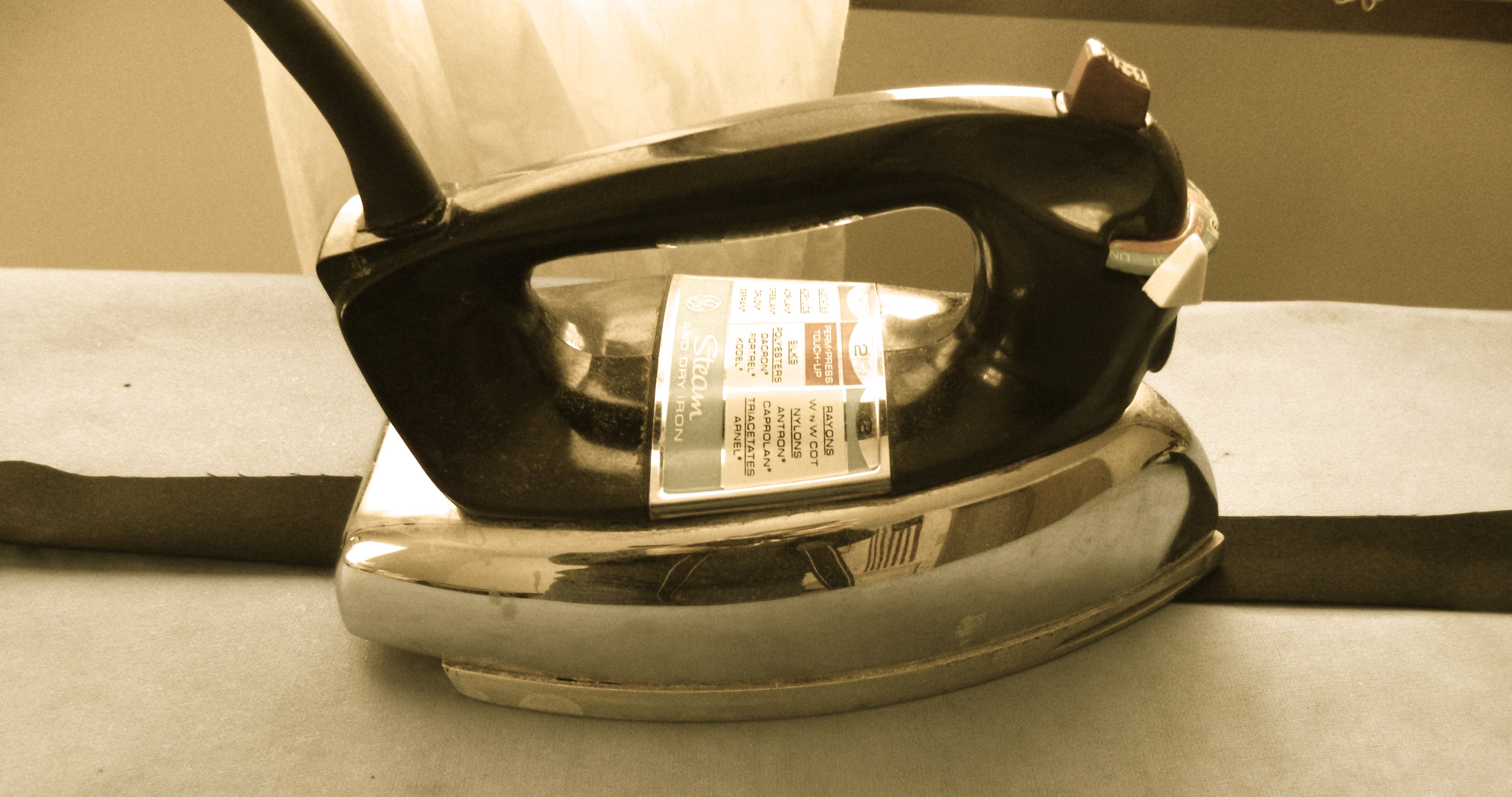 Good times in the original sewing room. Several blizzards and my first winter were survived in that little, warm haven. Now, it is time to set up a new room at the farmhouse. I am going to be slightly dramatic and refer to the room as: the studio. It is going to be a place of creativity! The whole room will be specifically designed for two tasks: 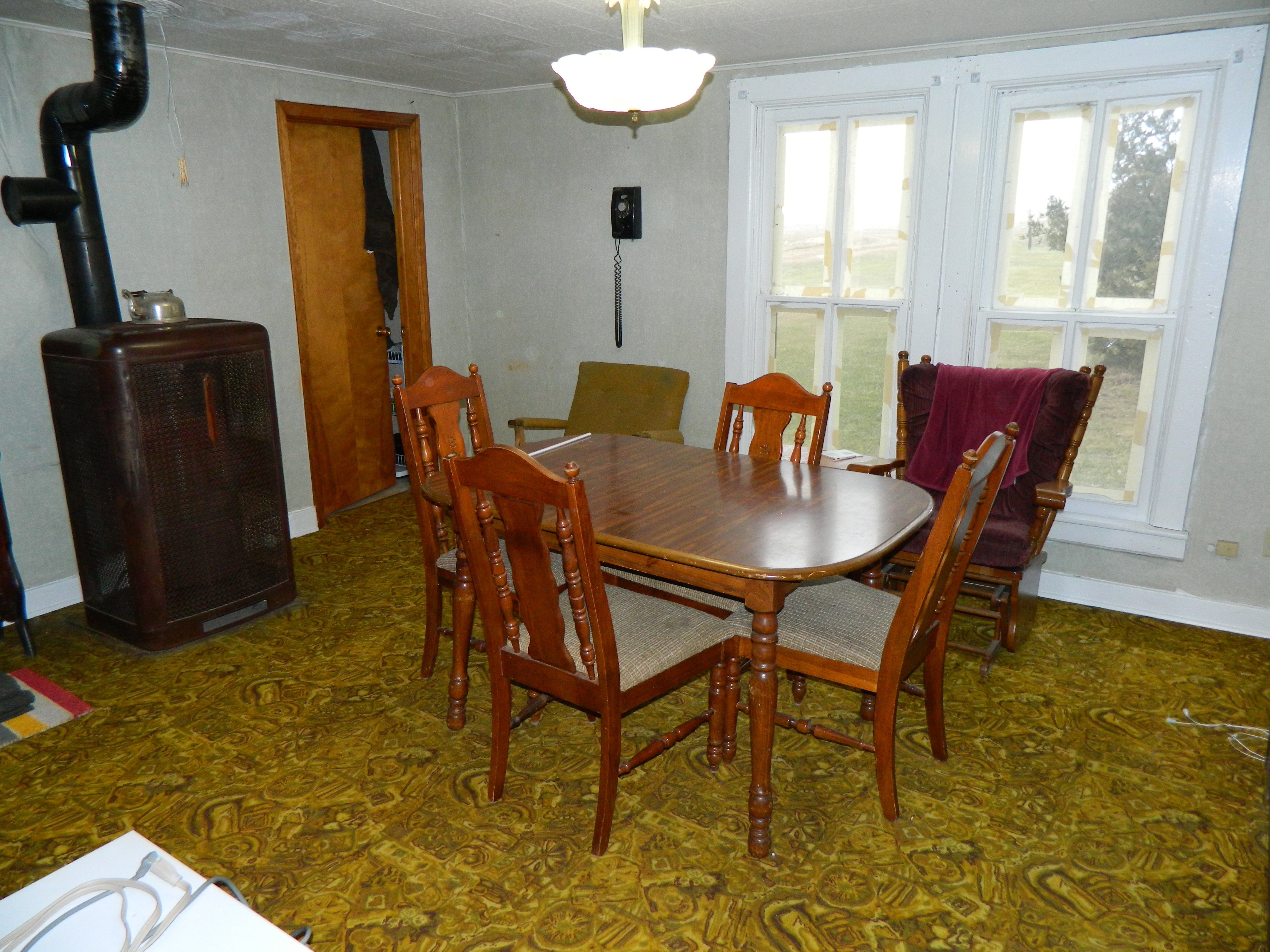 It’s a work in progress now. Taking the carpet out was a nightmare. We had to scrape out every single inch of rubber padding. Apparently, there was a sale on glue back in the 70’s. 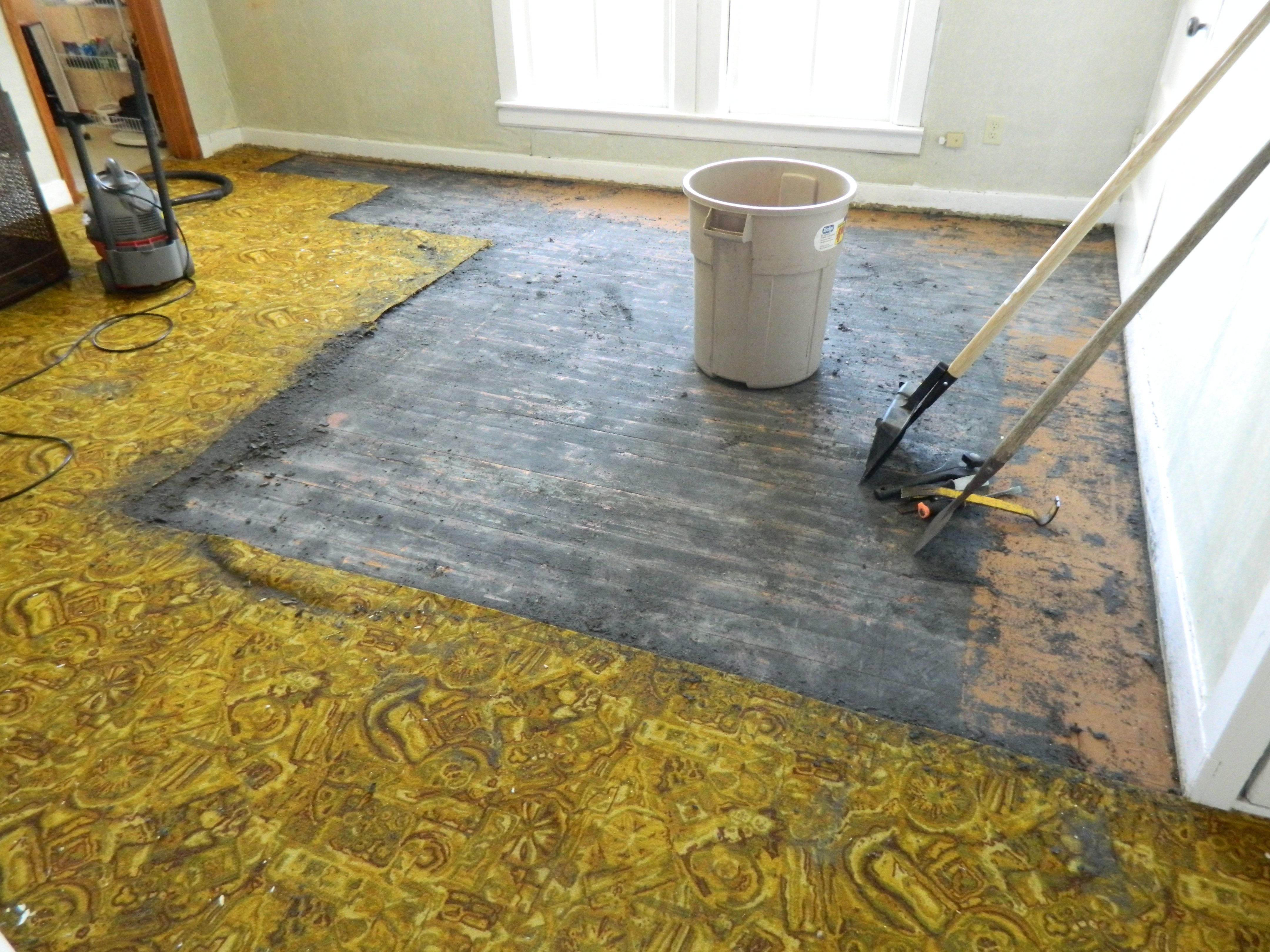 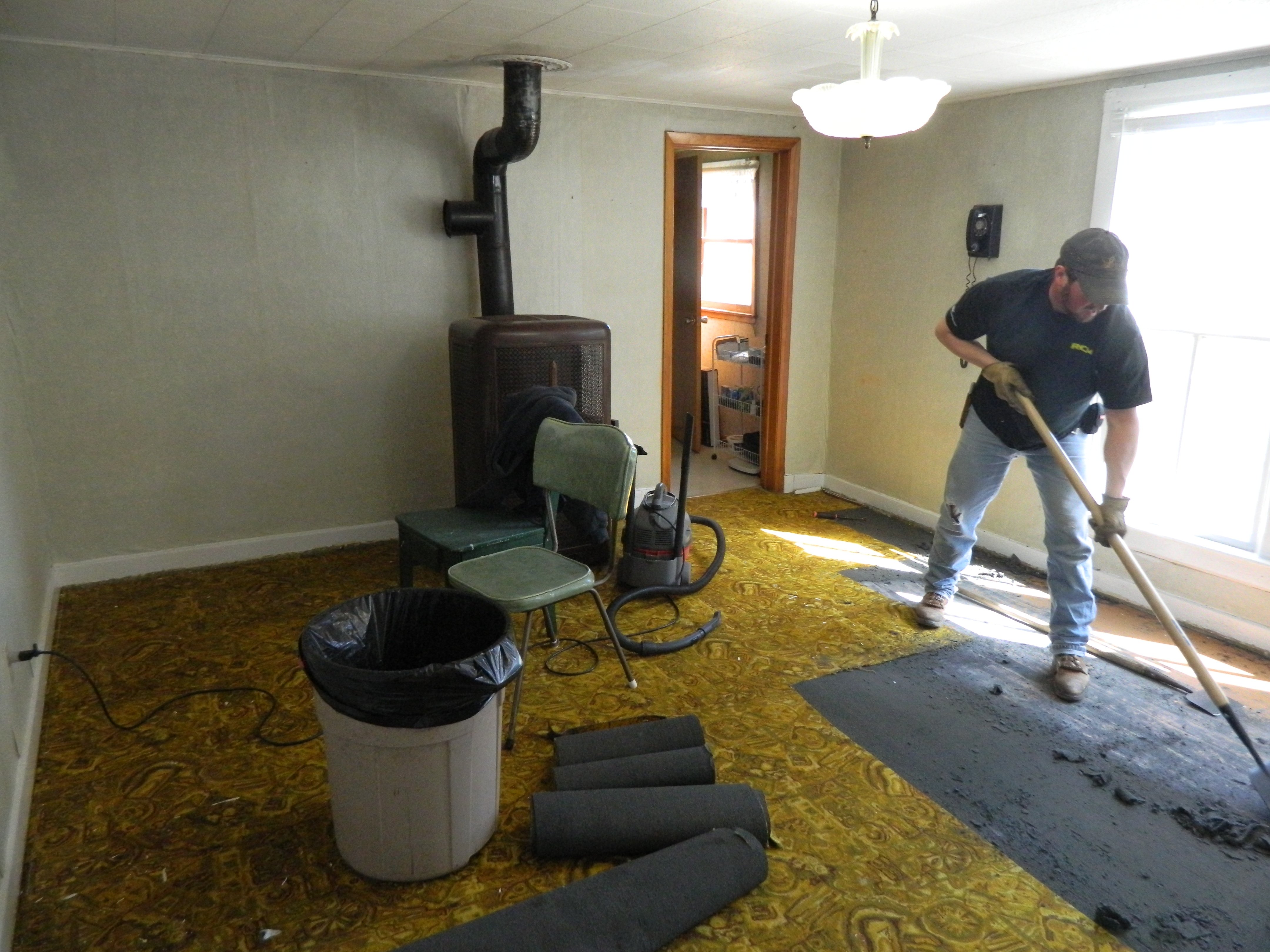 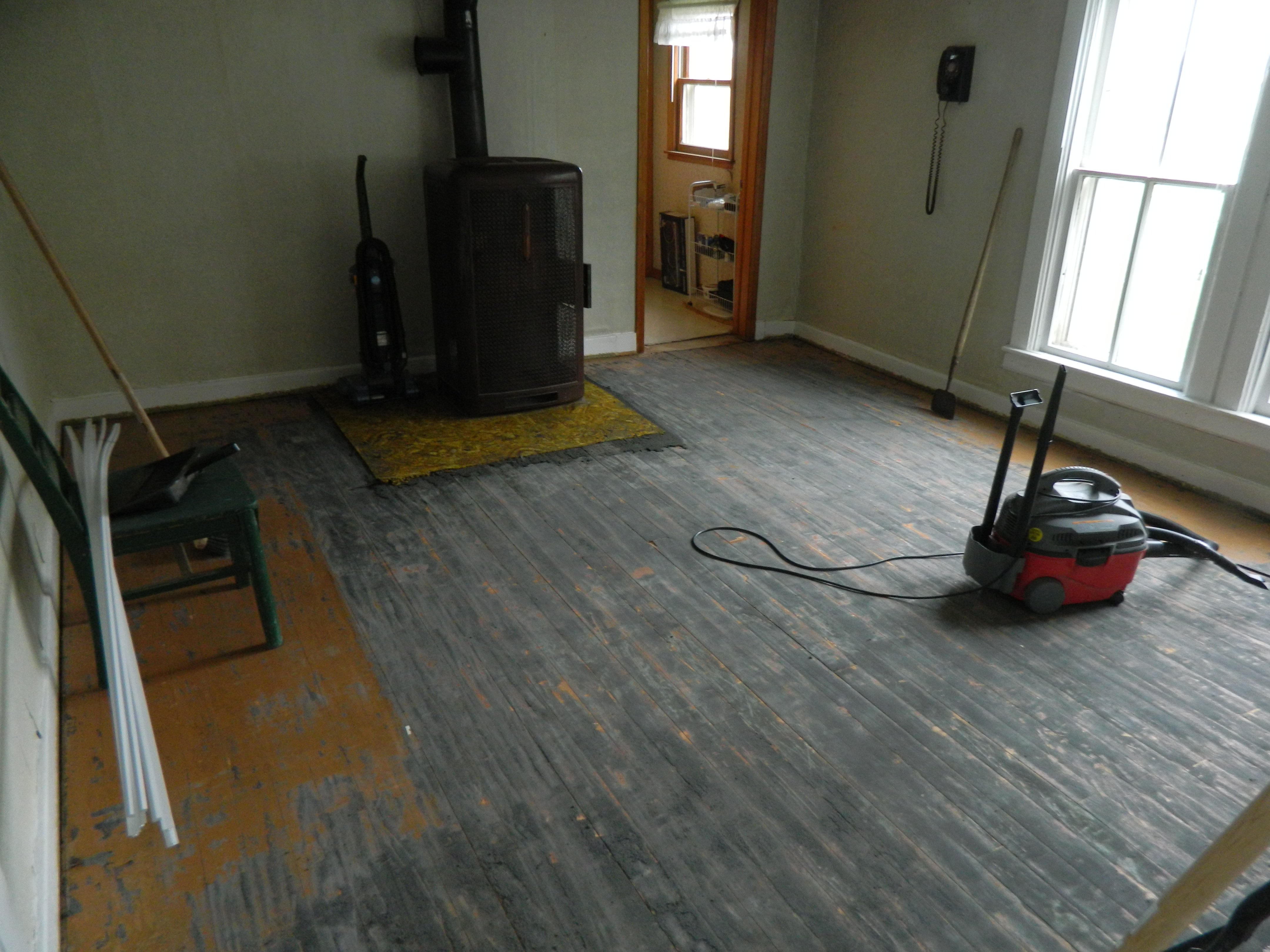 I’m glad that task is done. We all have stronger arms for it. No need for a gym, just scrape the floor for an hour. While I was in Missouri a few weeks ago, they did the paneling and the carpet. So, I don’t have any photos of that process. My mom and sisters are here and we are heading out to the farm soon to work on the house! We had breakfast on the porch this morning, with a Pinterest “bacon-egg-muffin” thing, blueberries and strawberries. 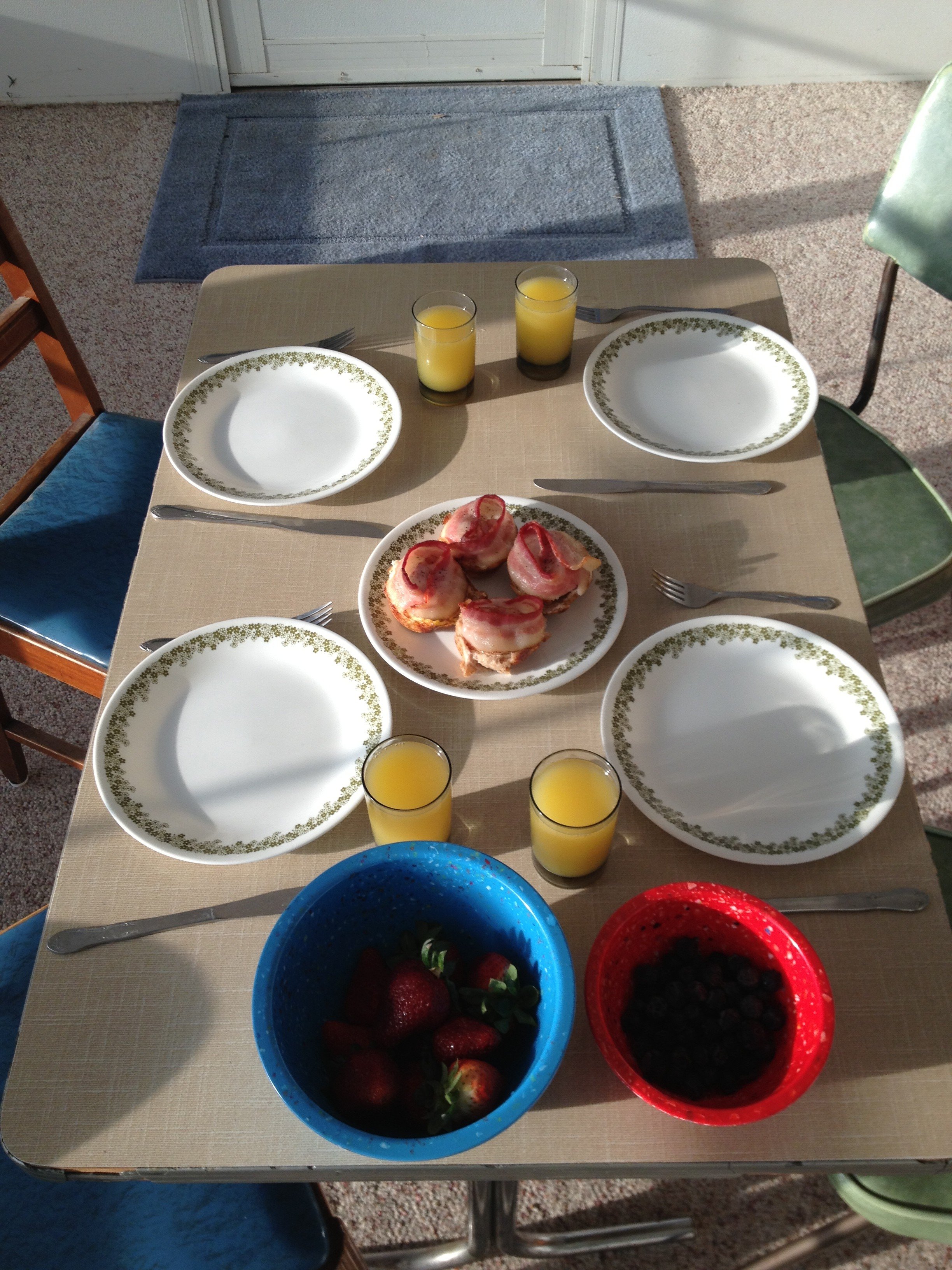 The kittens are adjusting to their new home. We named the girl Moda, she is on the left scratching her ear. The boy, who is much calmer, is still unnamed. They were having fun playing with this cord. 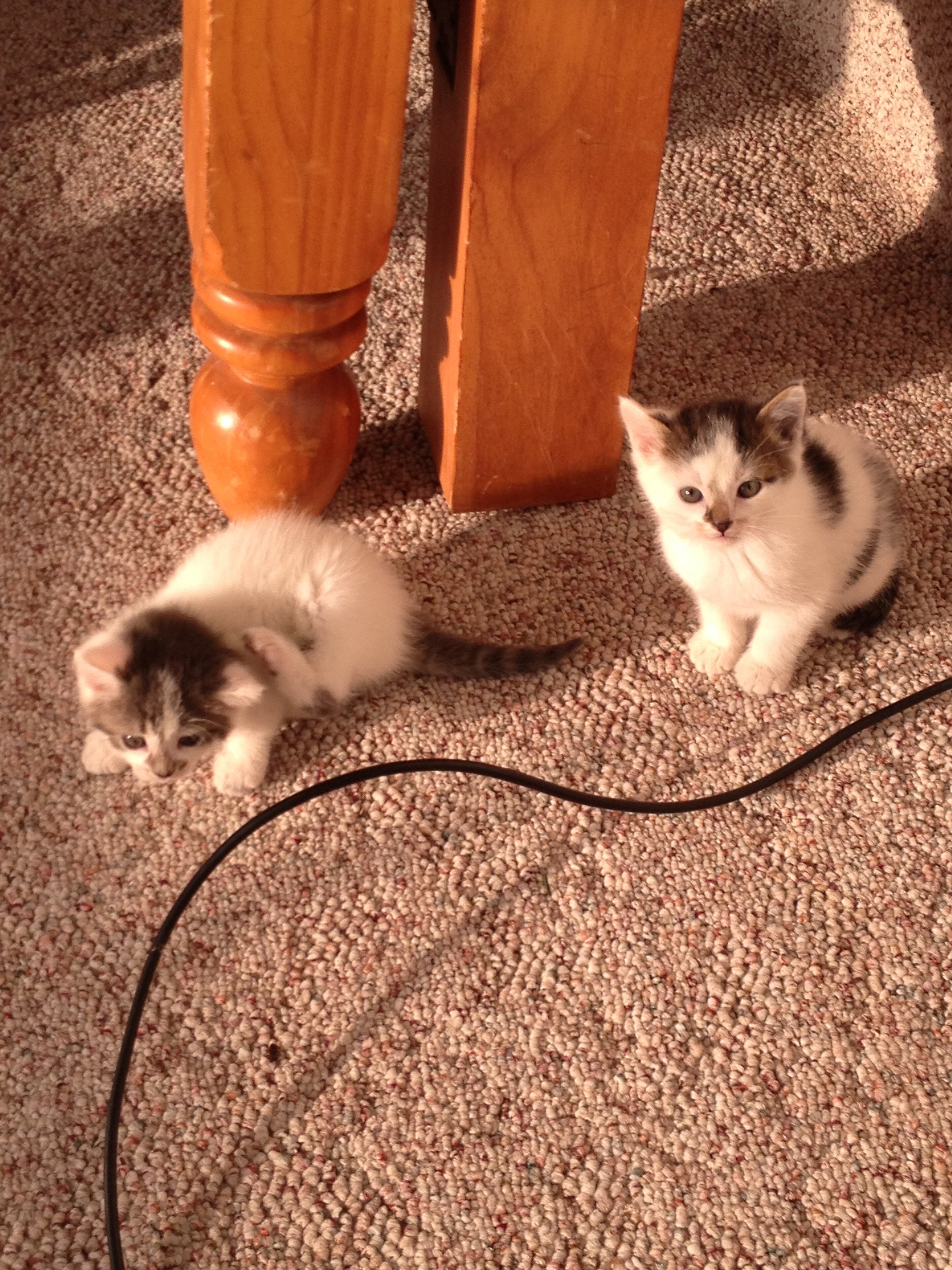 Thanks for reading! Time to get out and enjoy the sunshine in South Dakota.