I am a farm wife.

But, occasionally, I get to be a trucker’s wife. 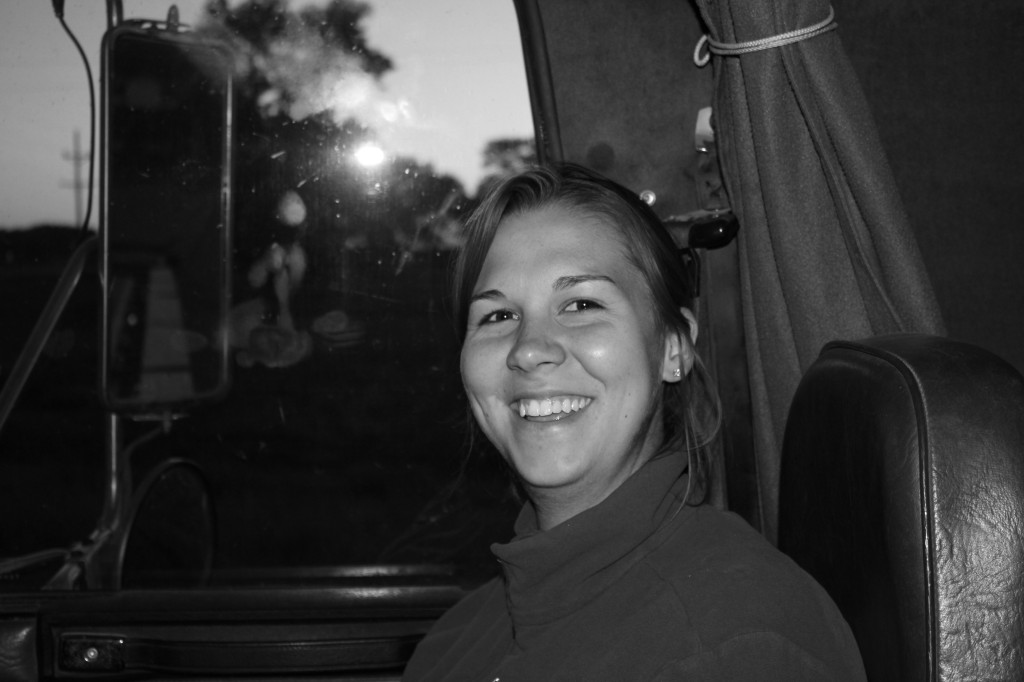 I get quite a kick out of this.

Remember a few weeks ago, I wrote about how it was a good idea to have off-farm sources of income? Well, one of John’s off-farm income sources is trucking.

For our farm, he already owns the semi & the hay trailer. We need these things to be in business, but we don’t need them every day. So, we might as well make a little extra money from them when time allows. 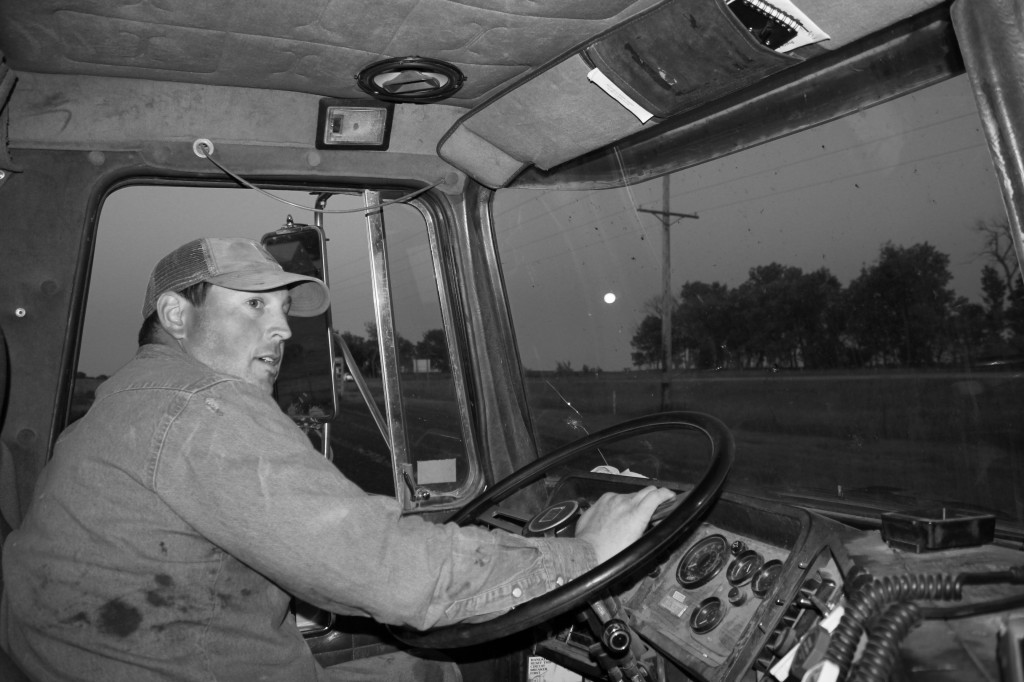 Our neighbors, at the Dutch Dakota Dairy, occasionally need extra help getting all the alfalfa hay hauled home for their cows. 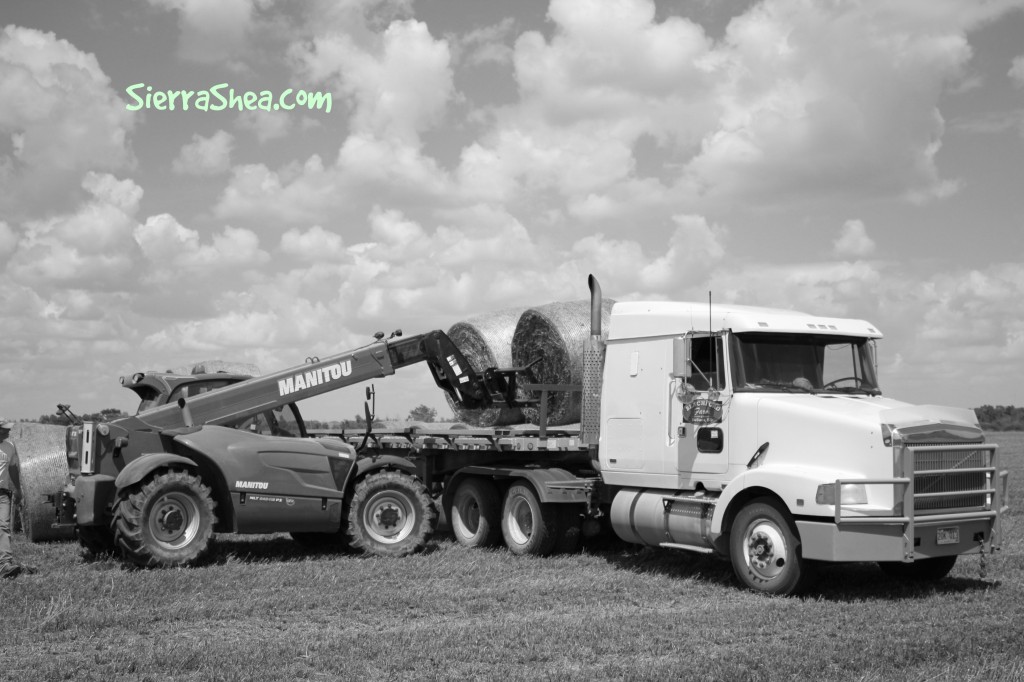 So, that is one time when I get to be a trucker’s wife.

Imagine the tallest vehicle you’ve ever ridden in & the biggest steering wheel you ever saw. Then take that times two or three. From a semi, you are The King & Queen of the Road. 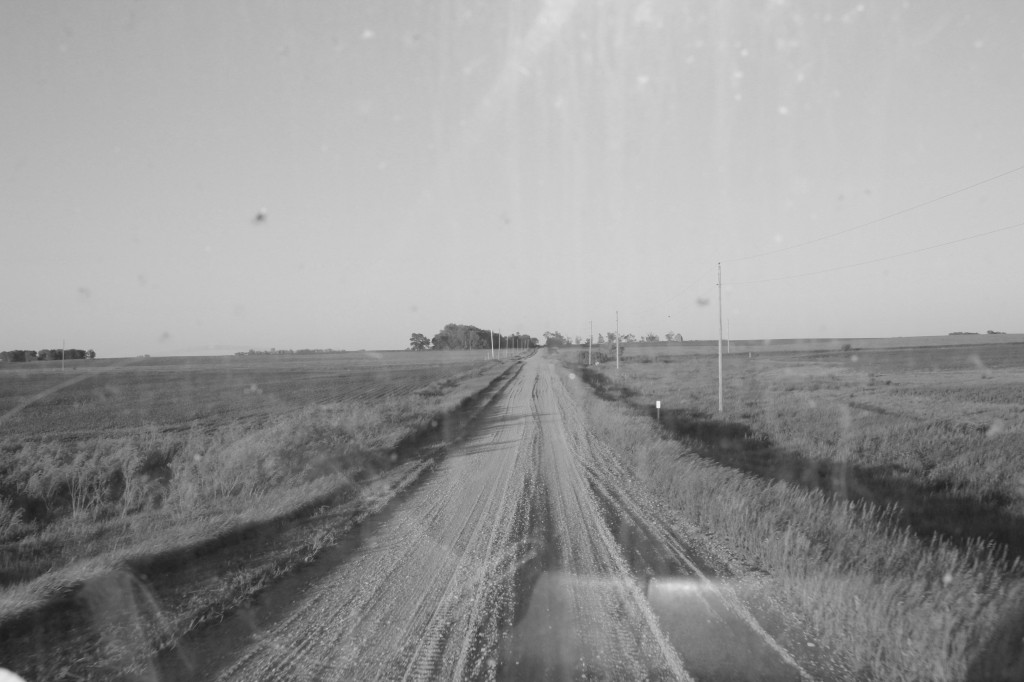 And, when the CB Radio is off, I grab the little radio and say goofy stuff like, “Nine-er, Nine-er — come in. This is The Grazer. I’m trucking alfalfa across the Dakotas with the Rough Rider. We are east bound and down. Over.” 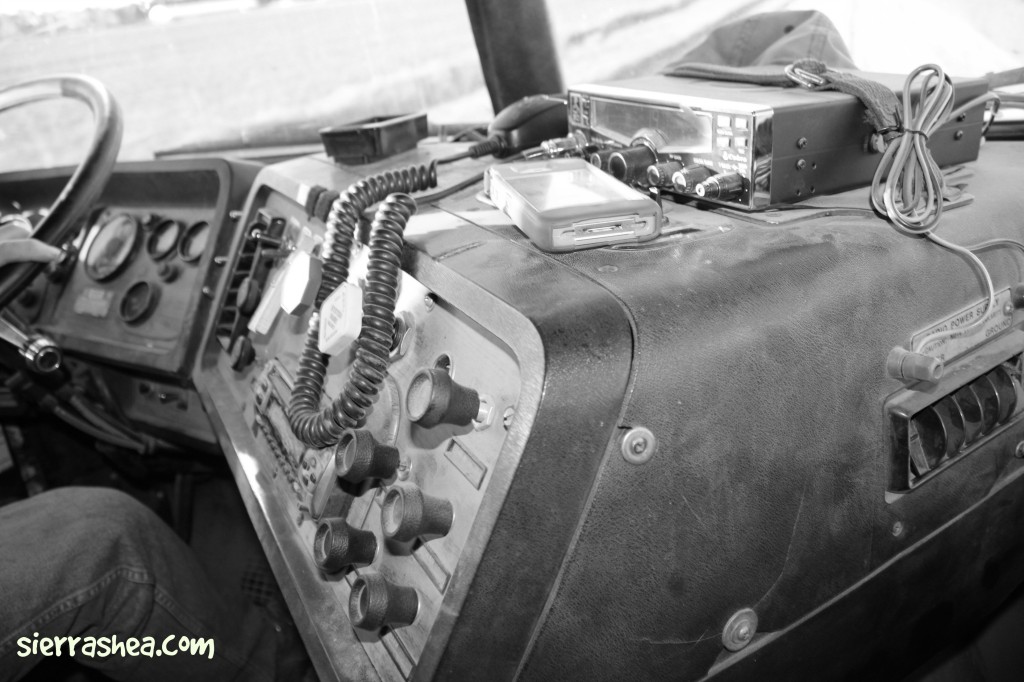 If anyone ever accidentally heard me. I. would. die. of. embarrassment.

Anyway, my grandparents – Georgia Lee & Kenny have a real truckin’ romance. My grandpa farmed in Missouri for a number of years, but primarily he worked as a truck driver.

In fact, he is still trucking today. He drives what is called a ‘straight truck’ into the heart of St. Louis every morning before 5 AM to haul steel. He’s 80-something. He doesn’t even set an alarm. He just wakes up at 4 am without trying.

Over their lifetime they have hauled different products all across the United States. Grandma Georgia says, “We’ve seen a lot of neat things, maybe not up close, but through the windshield at least.”

Grandma Georgia and Grandpa Kenny are coming to South Dakota to visit us this year over Fourth of July. We can’t wait! Luckily, Aunt Jackie is driving them and they don’t have to bring the straight truck.

Have you ever ridden in or driven a semi?

Do you enjoy being able to see the countryside?