It’s been a little bit slower here on the farm lately.

We sold our feeder cattle on January 19th and since then it’s been sort of our downtime for the year.

There are still daily chores on the farm for feeding and watering the cows, bulls, and replacement heifers — but not nearly as many now that the feeder calves are sold.

Between selling the calves and March we have a pause between calf crops.

In March, we’ll start all over again with calving and another year begins.

Last week, John and Ron worked the heifers that they didn’t sell. These “replacement heifers” will become part of the permanent cowherd. 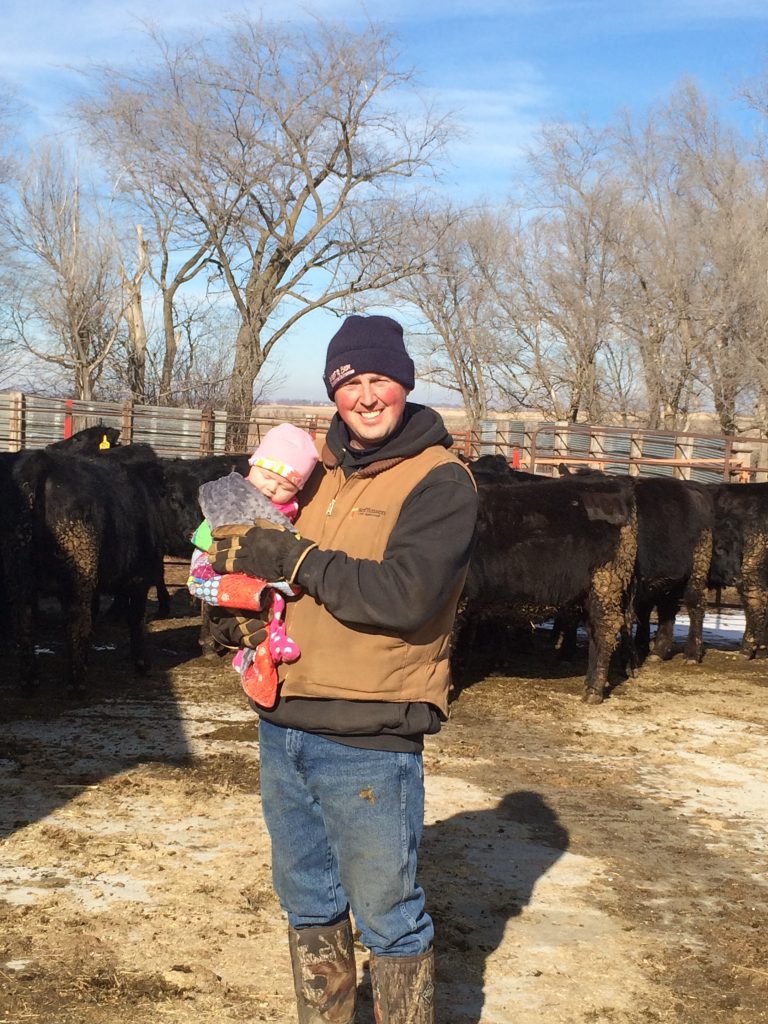 It was a nice day, so Joslyn and I ventured outside so she could supervise the menfolk.

It was so fun to be outside with her!

First, we spent twenty minutes figuring how to get into the baby belly pack thing. I was in a full body sweat before I even had her in the pack. There are A LOT of straps. 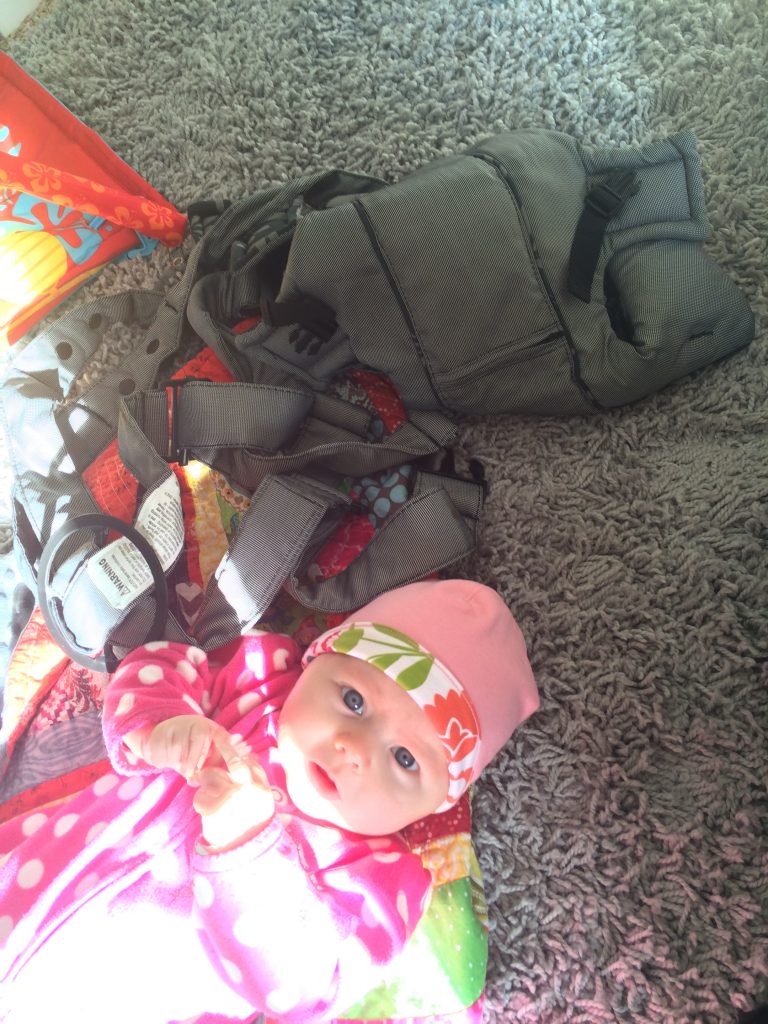 But, we got her figured out! It was worth it — hands free mama! 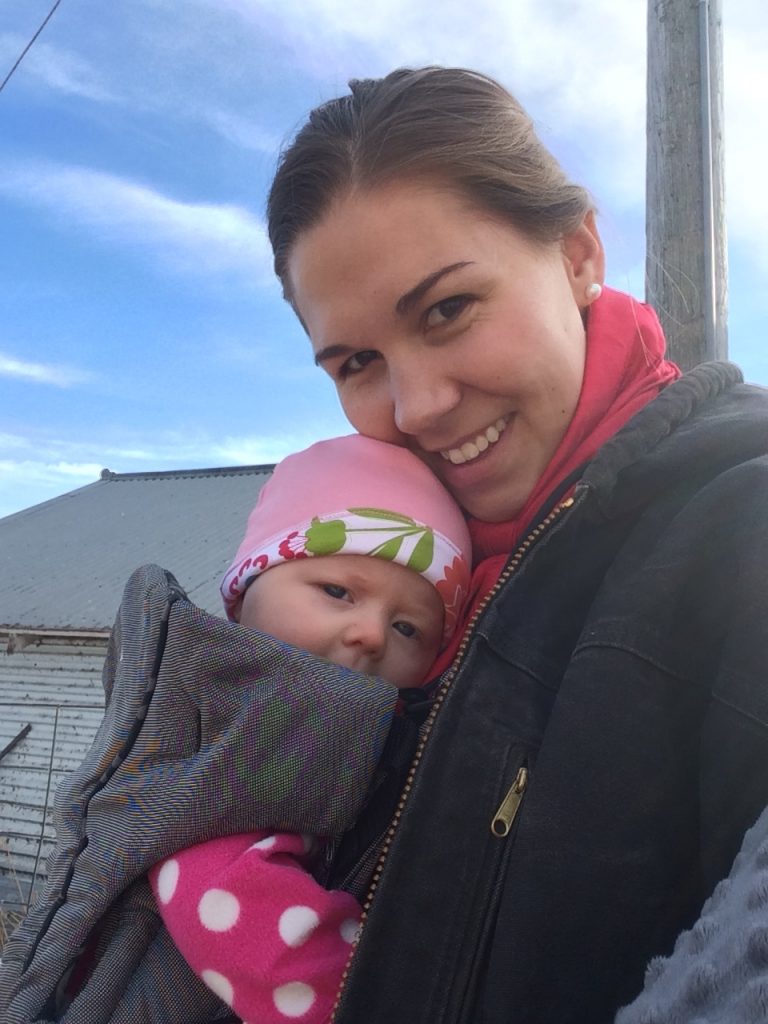 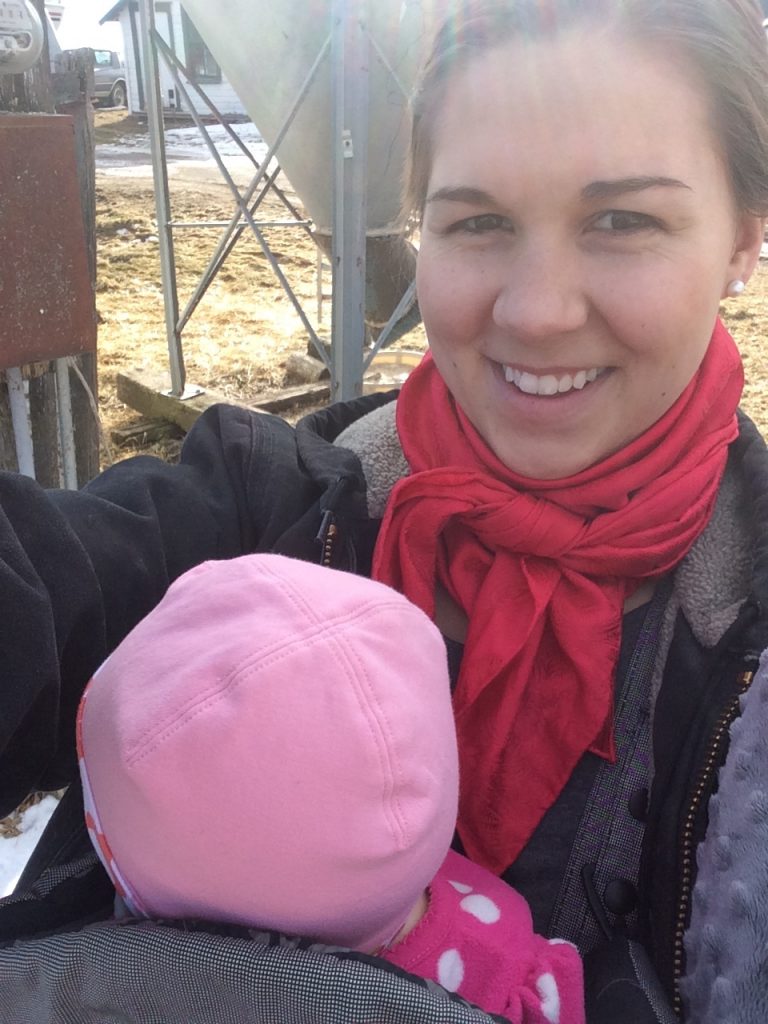 In terms of the winter months, I like January and February. Besides tolerating the cold and being stuck indoors, it’s sort of nice to have a little break in the year.

After all, margin is my word for the year. We are having a little margin time. Slow time.

Here’s an example: January and February are the perfect time of the year for building beautiful dog houses.

(Or, doing taxes and bookkeeping. But let’s not talk about that!)

Ron recently finished this little fancy house for Roxie. I love that it matches Ron’s bunkhouse that they fixed up almost two years ago. (Holy Cow! Two years! Time flies!)

In his typical resourceful fashion, Ron build this house entirely from scraps! Farmer’s don’t waste anything, ya? 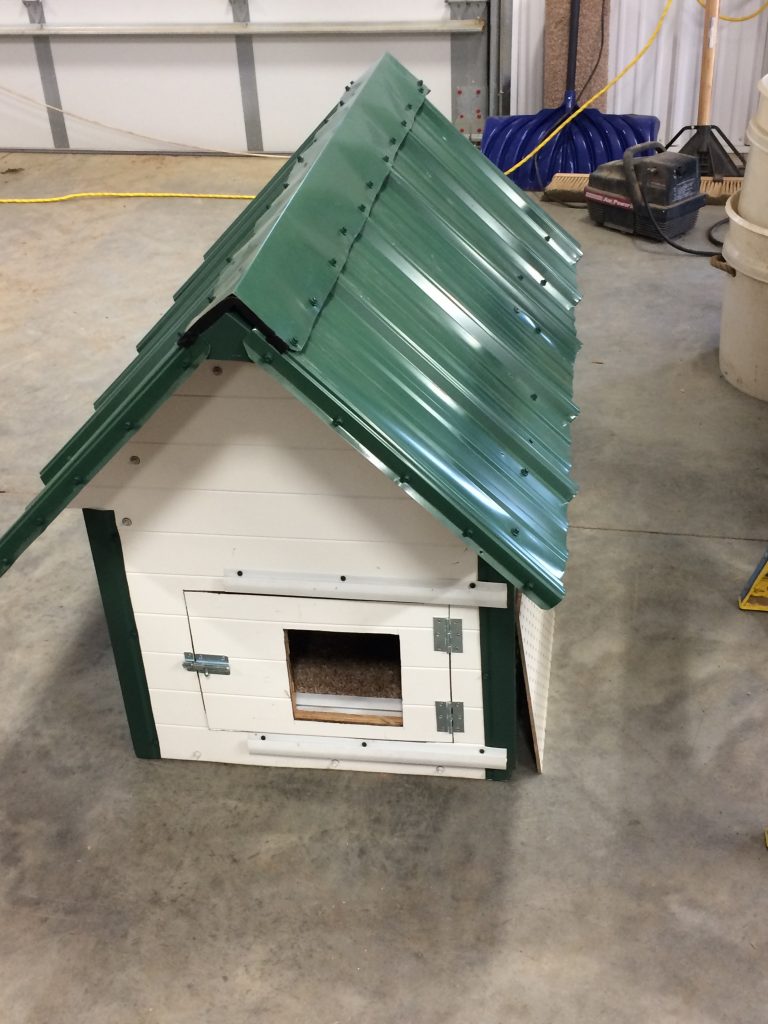 Wishing you some margin time before winter runs out and busy calving season starts and spring arrives!