You may remember seeing on the news last week that a pair of EF4 tornados destroyed the town of Pilger, Nebraska. This video shows the tornadoes.

Because of more funky weather and flooding along the Missouri River, I had to travel home from our sewing trip in Omaha by a different route. I-29 was closed yesterday, so I drove right through this area that was so recently hit. I didn’t plan my route intentionally to see the damage, I just took the most logical roads.

I took Highway 275 out of Omaha north and west to Norfolk, Nebraska. Then, Highway 81 into South Dakota.

Highway 275 is a ‘famous’ highway in cattle feeding circles because there are lots, lots, lots of cattle fed out in the area. The region raises good corn & soybeans through the use of irrigation and has a strong cattle feeding industry. 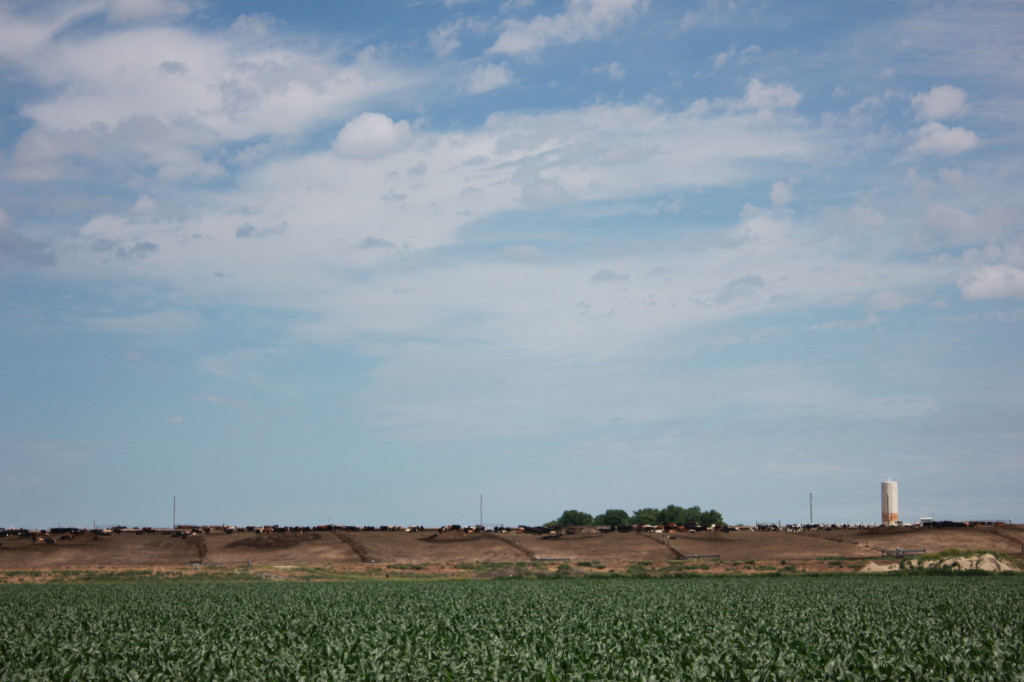 It is a neat drive on a normal day. 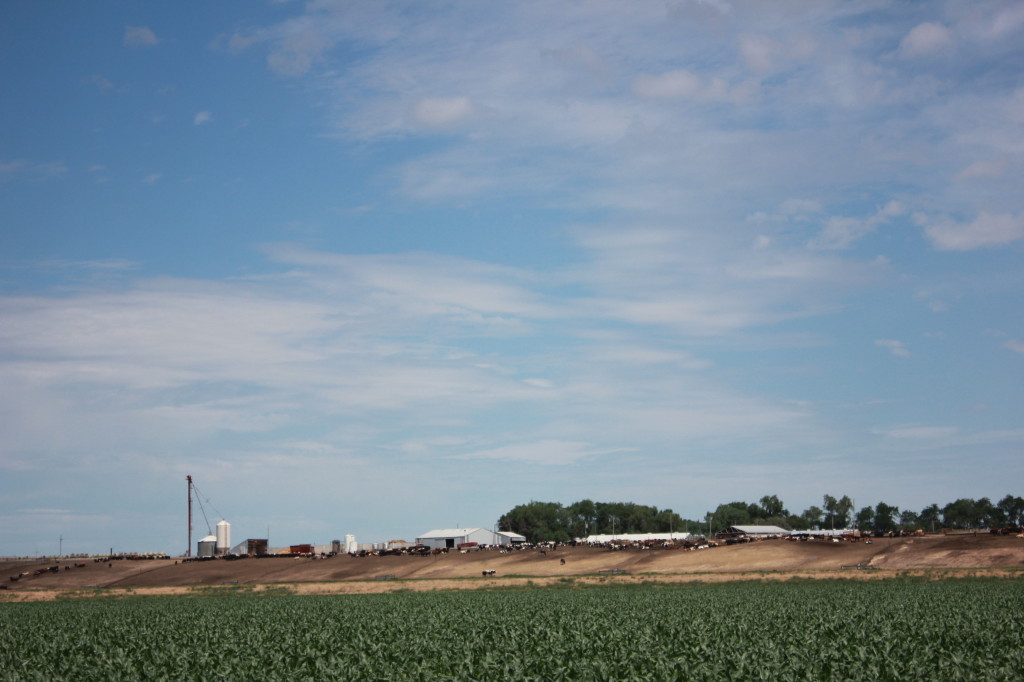 However, after the tornadoes last week – the drive home became even more interesting.

I wanted to share the pictures I took because I imagine that with everything going on in Iran and the crazy weather lately, this small town won’t get much news coverage after the initial damage. 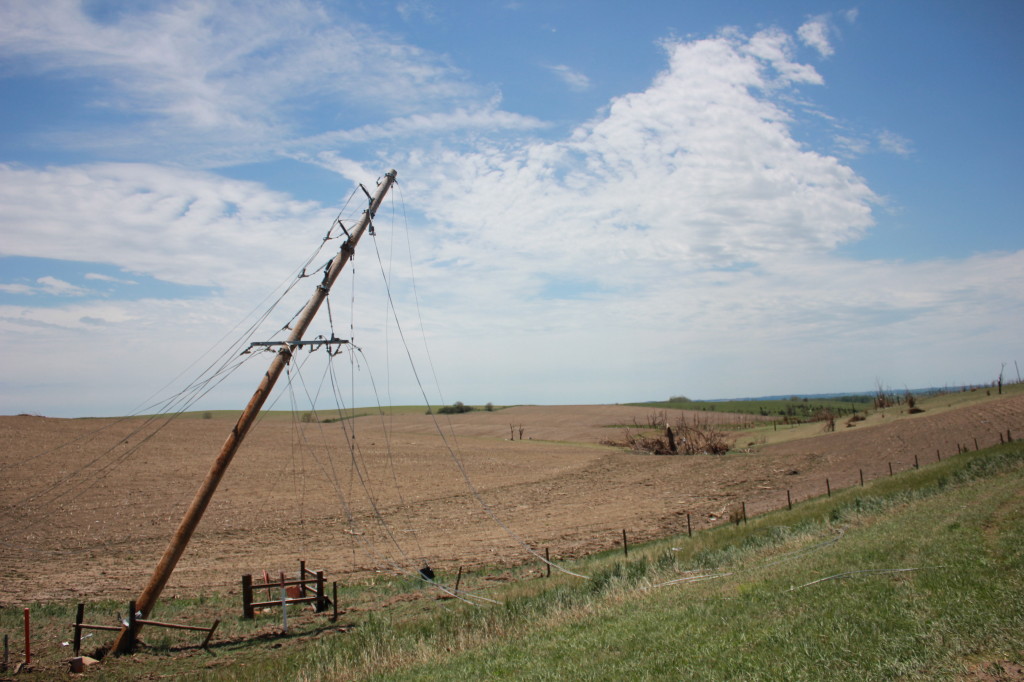 In an interview with the Norfolk Daily News Gregg Moeller described the two tornadoes. He said, “It was like God dragged two fingernails across the land.” 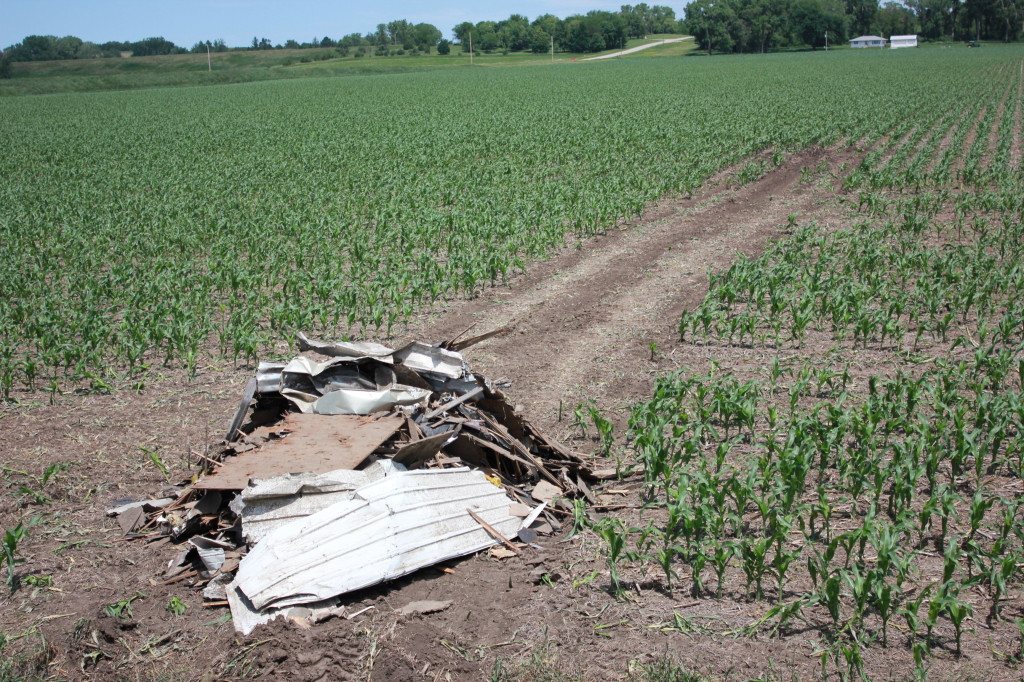 I’ve never been in an area that had been hit by a tornado, but what struck me as the most interesting was that the tornado sucked up all the little, growing corn plants. 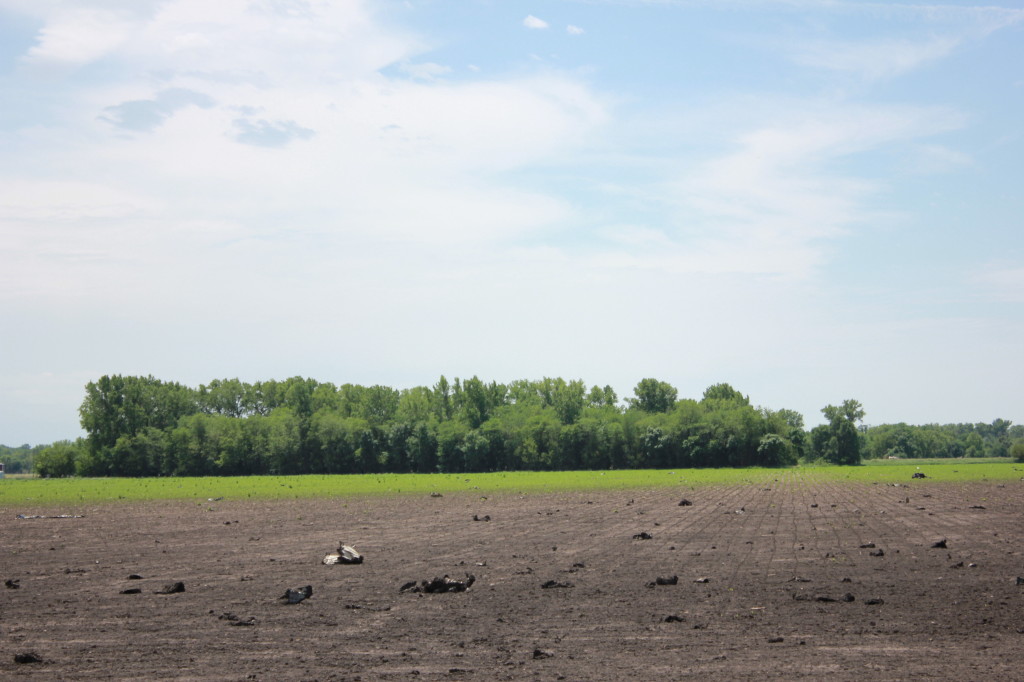 In these photos, you can see the exact path of the tornado and the unharmed cattle on feed in the background. 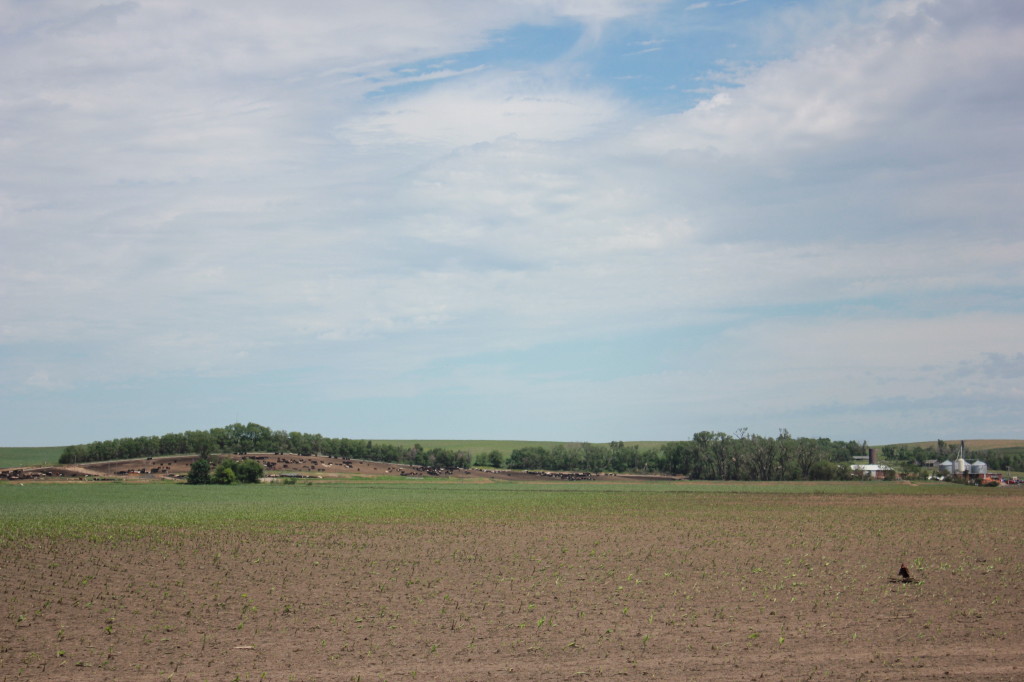 While the tornado missed that area by just a few hundred yards, it continued on…toward this location. 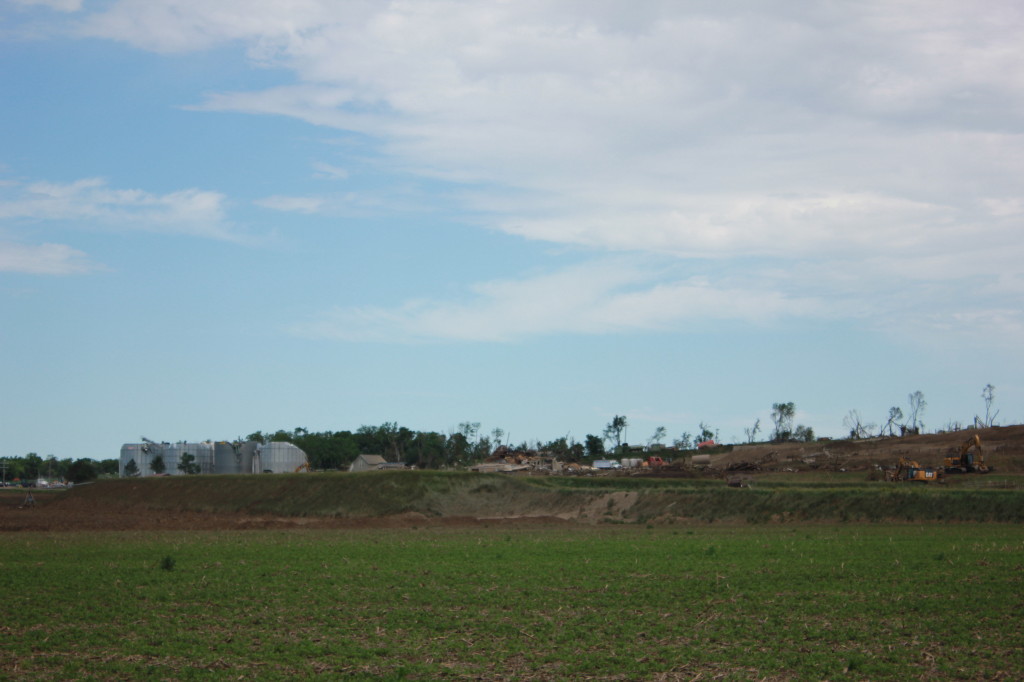 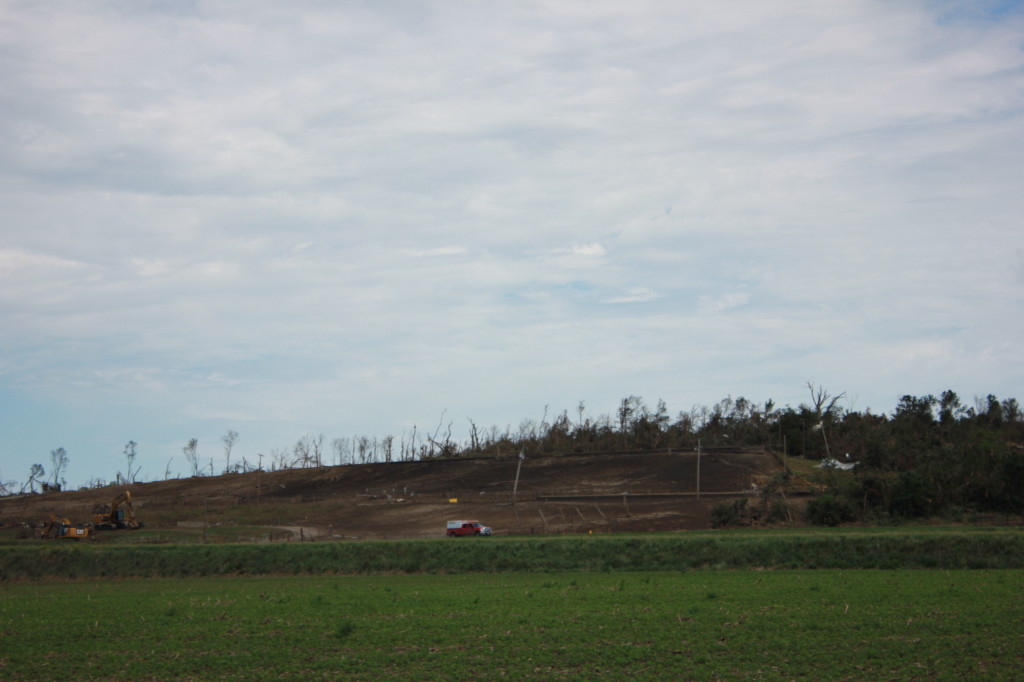 Here is a view looking toward the town of Pilger. I wasn’t able to drive any closer to the town because they had National Guard soldiers blocking the entry to the town. 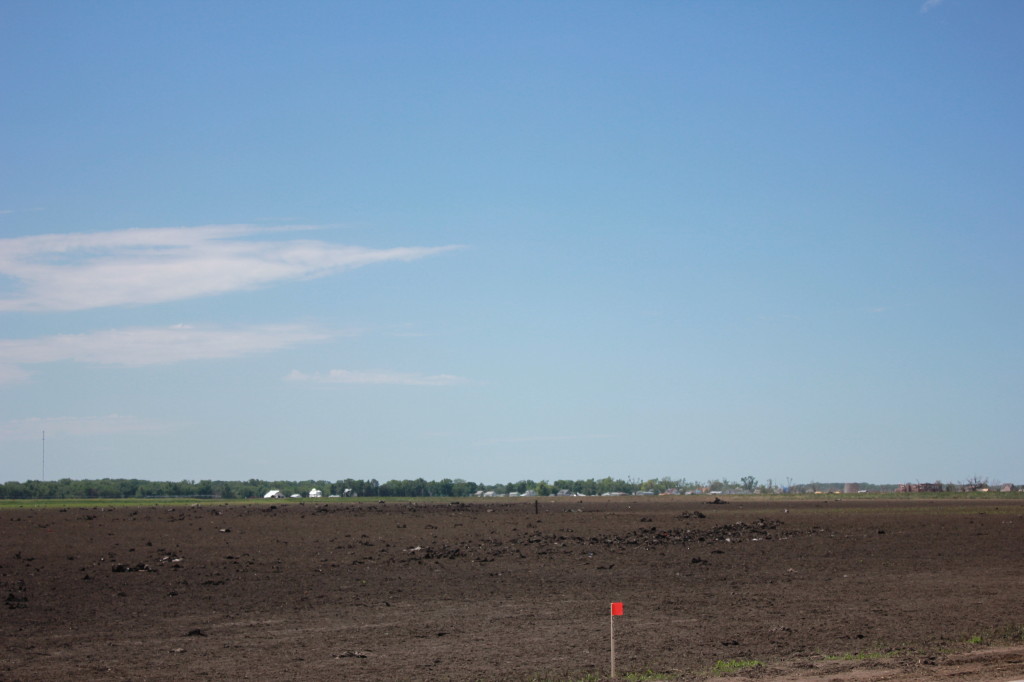 The whole experience was very eerie and after snapping these photos I was ready to get the heck out of there and continue my drive to South Dakota. These pictures below are from the second tornado’s path. 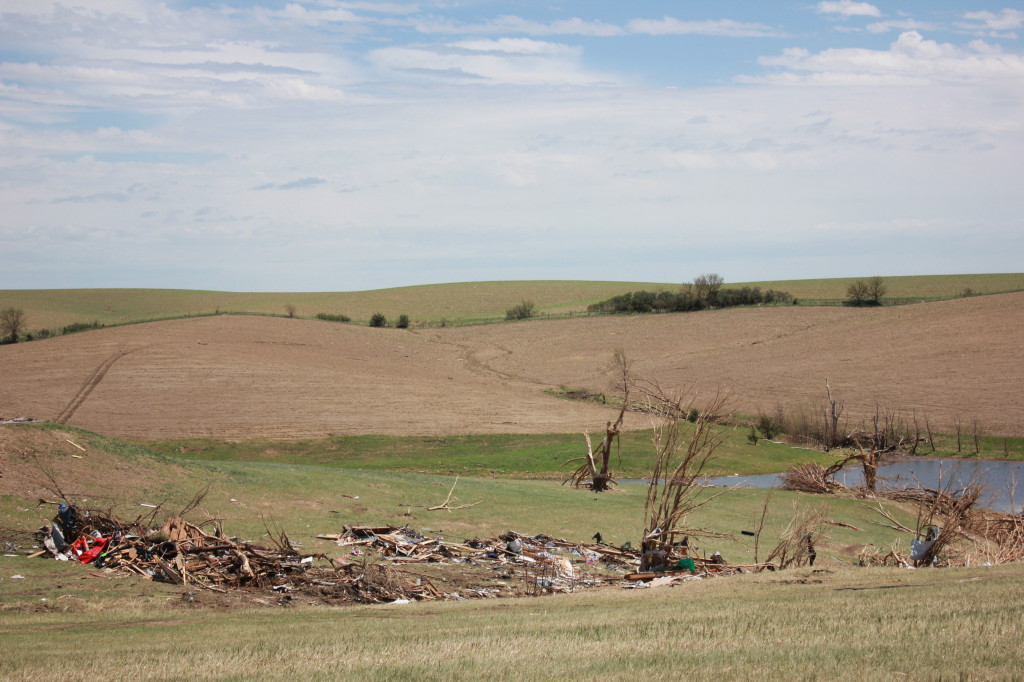 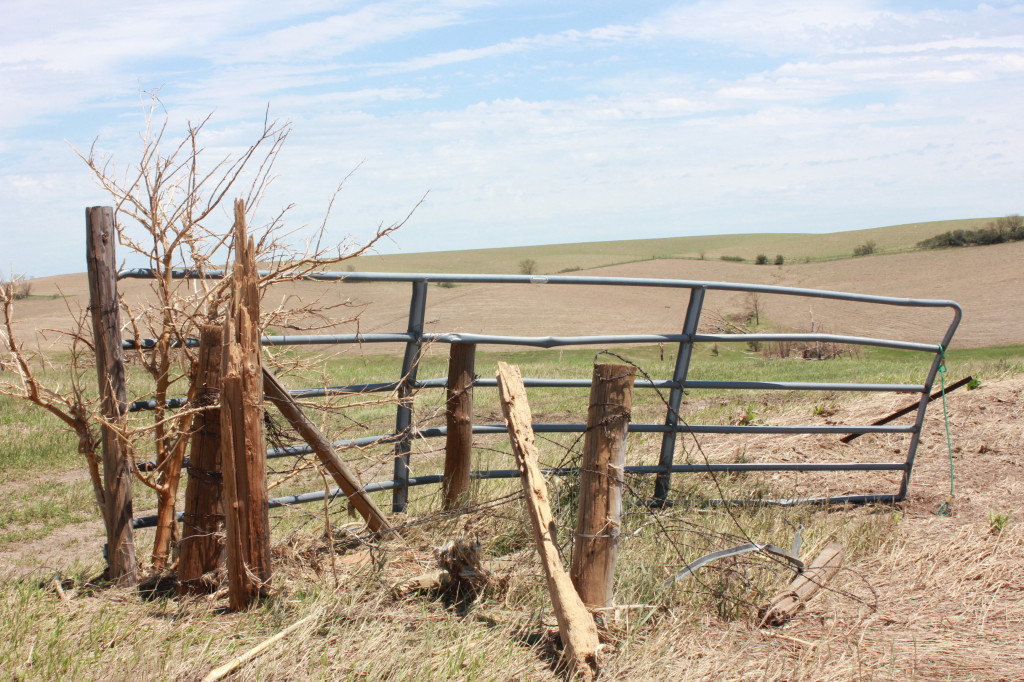 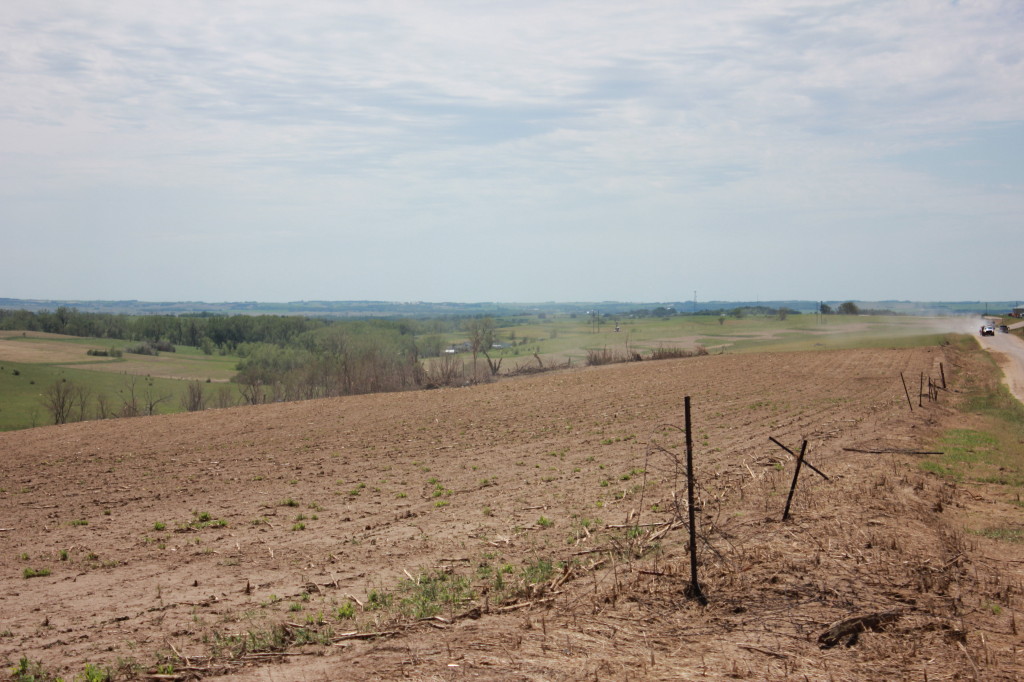 That tornado took place last week, rivers are flooding and another tornado hit the community of Wessington Springs, South Dakota this week. This is a harsh reminder of what that mother nature can throw at humanity. Sometimes we think we are at the ‘top of the food chain’ but the reality is the weather always wins. It leaves me feeling quite humbled.