I took these photos on frosty winter mornings in our house. 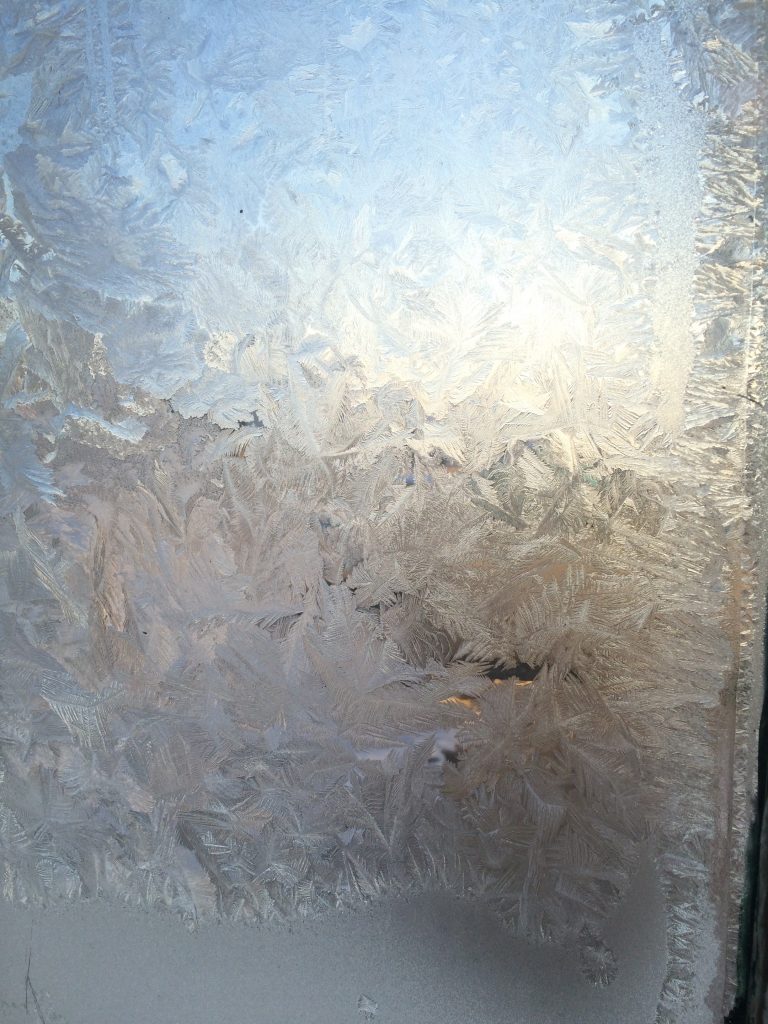 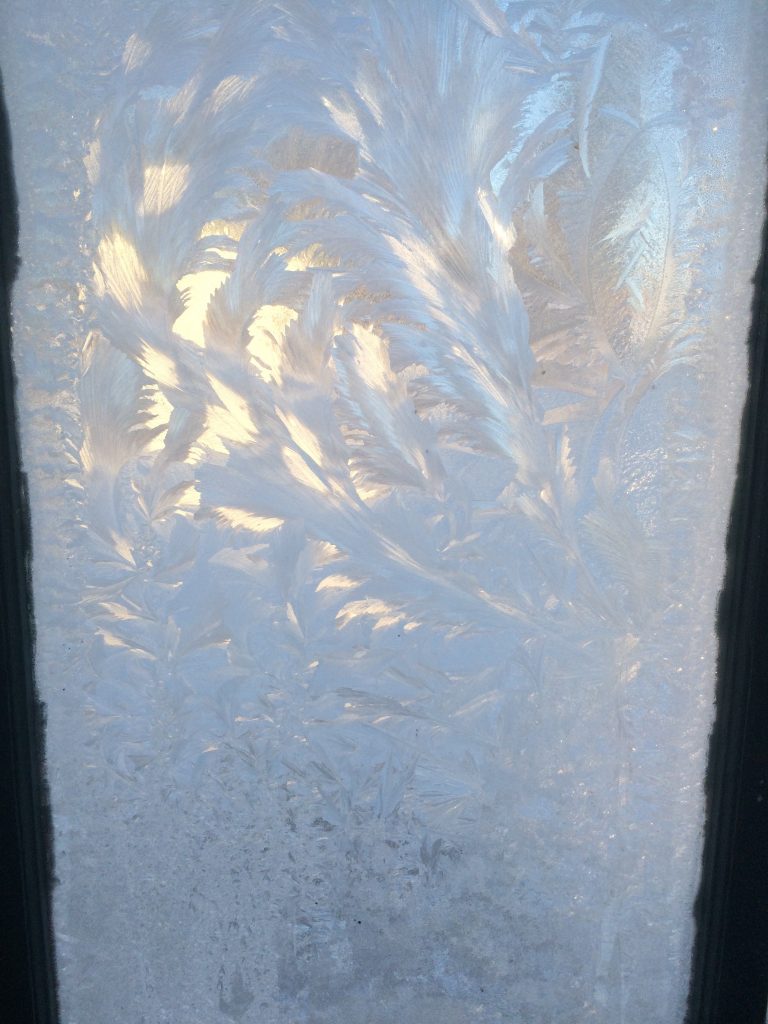 We’re past that stage of winter now.

It’s certainly not pretty yet — there are no tulips, very few bright sunny days, and no sign of green grass.

We’re also not the the muddy, miserable stage of spring.

But, winter is fading.

There are thousands upon thousands of snow geese migrating through and the skies are gray. These are the early spring signs for South Dakota.

We could, of course, still have a blizzard (or three) anytime in the whole month of April.

Here’s what’s happening at the farm lately. I’m linking to posts from past years about these same topics:

All of this is wonderful news. Calving is such a joyful time — it’s exhausting, time-consuming, and draining — but, everyday there’s the miracle of birth. I hate to sound cliche using the phrase “miracle of birth” — but it is pretty amazing.

I love when John comes in and says, “We had another calf.”

People out there are crashing planes, fighting in Yemen, and arguing over a two-state solution for Israel…but we’re just up here having baby calves.

It’s very good to be reminded of the rebirth that happens at Easter, at calving, and with Spring. They all go together you know?

When the world seems crazy, it’s nice to have things like spring, calves and Easter to keep me grounded and hopeful. 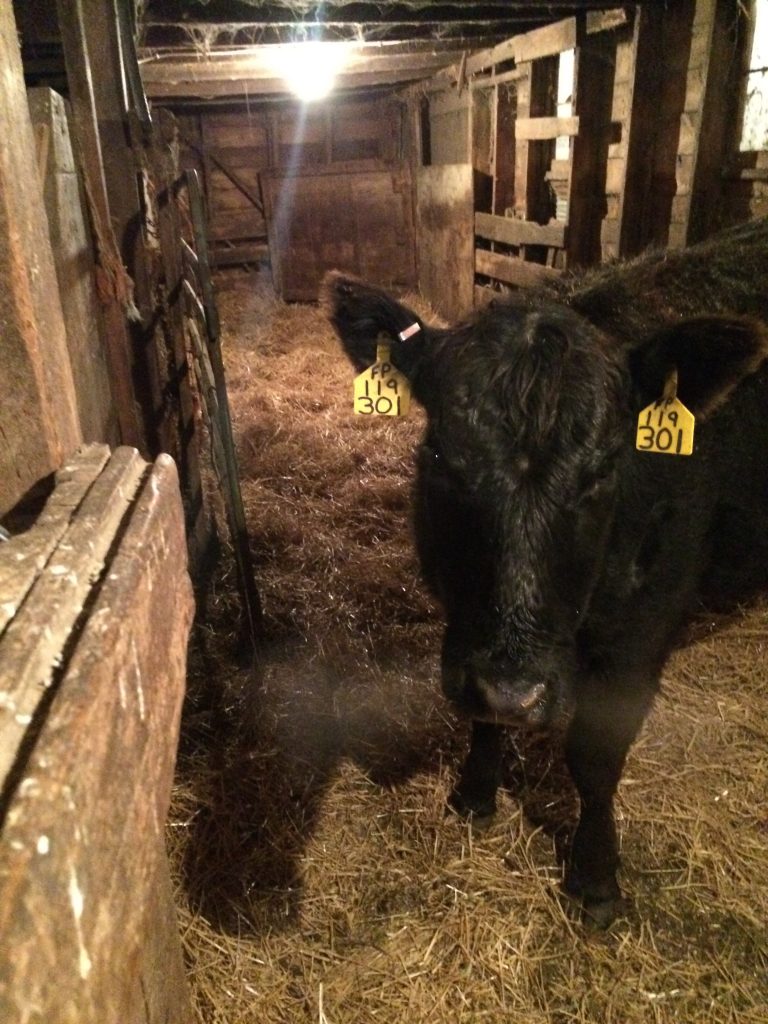 Joslyn hit the five month mark over the weekend. Here are some things about this stage:

As a general theme, this whole mom-business gets better for me all the time. It was so hard and lonely at first. (I think that had a lot to do with winter.)

I’m adjusting! We’re hitting our stride! We’re having our cake and eating it too! We’re peas in a pod! Okay. Enough with those cliches.

Suffice it to say, 5 months is a really, really great age. 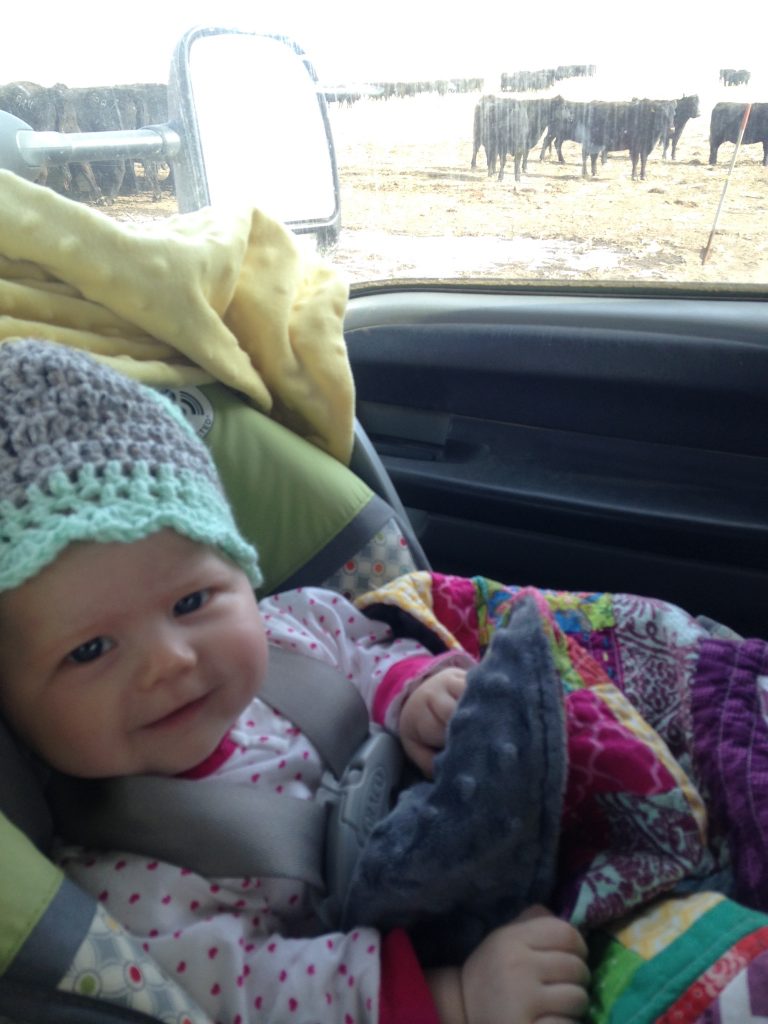 Watering cows with dad. Without mom. Their first outing together alone! 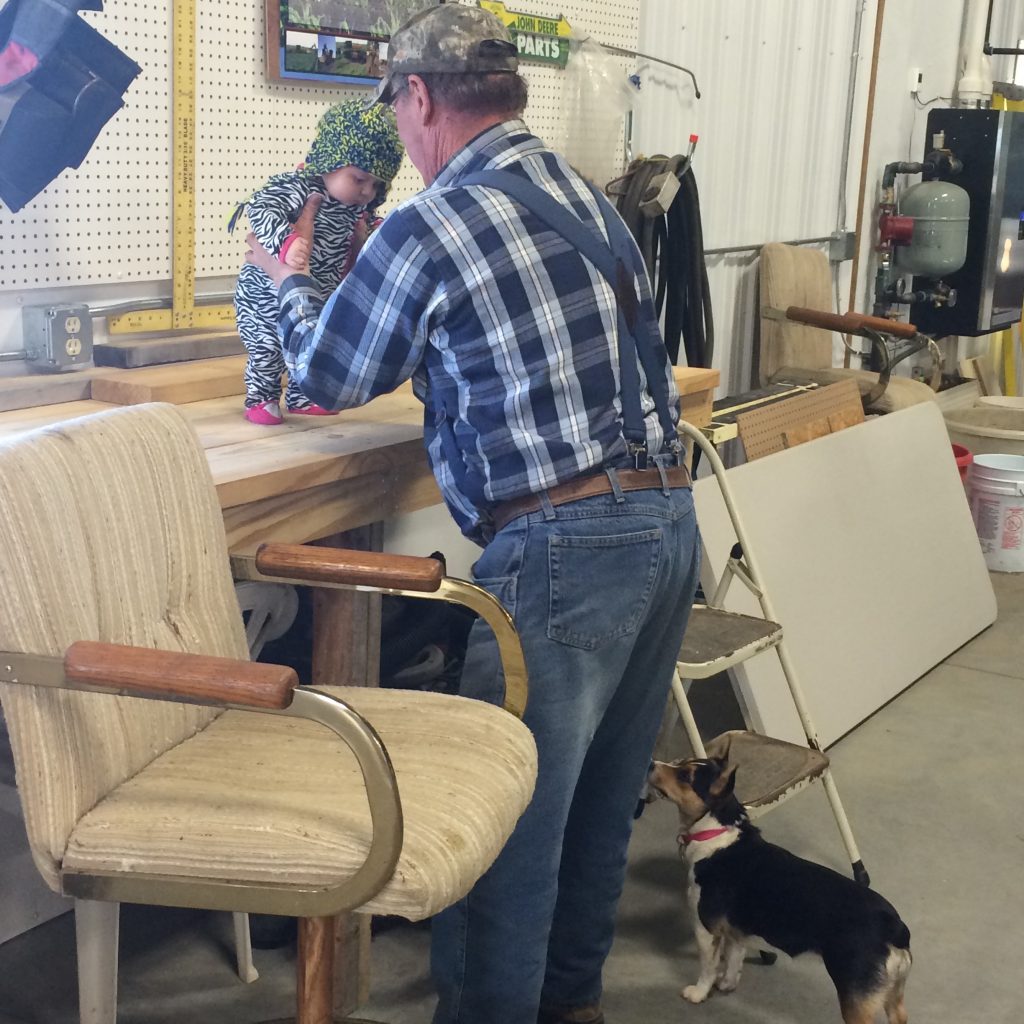 Inspecting Roxie in the shop with Grandpa Ron. 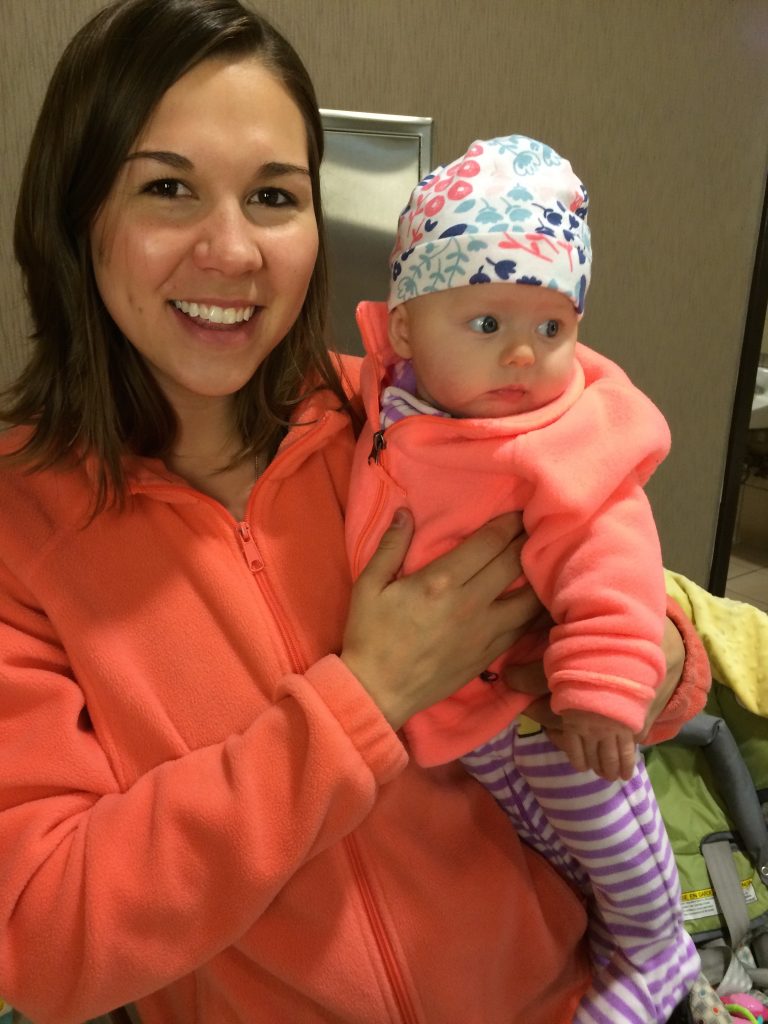 What’s more fun than matching outfits with your best friends in middle school? Matching jackets with your baby girl! #twinning 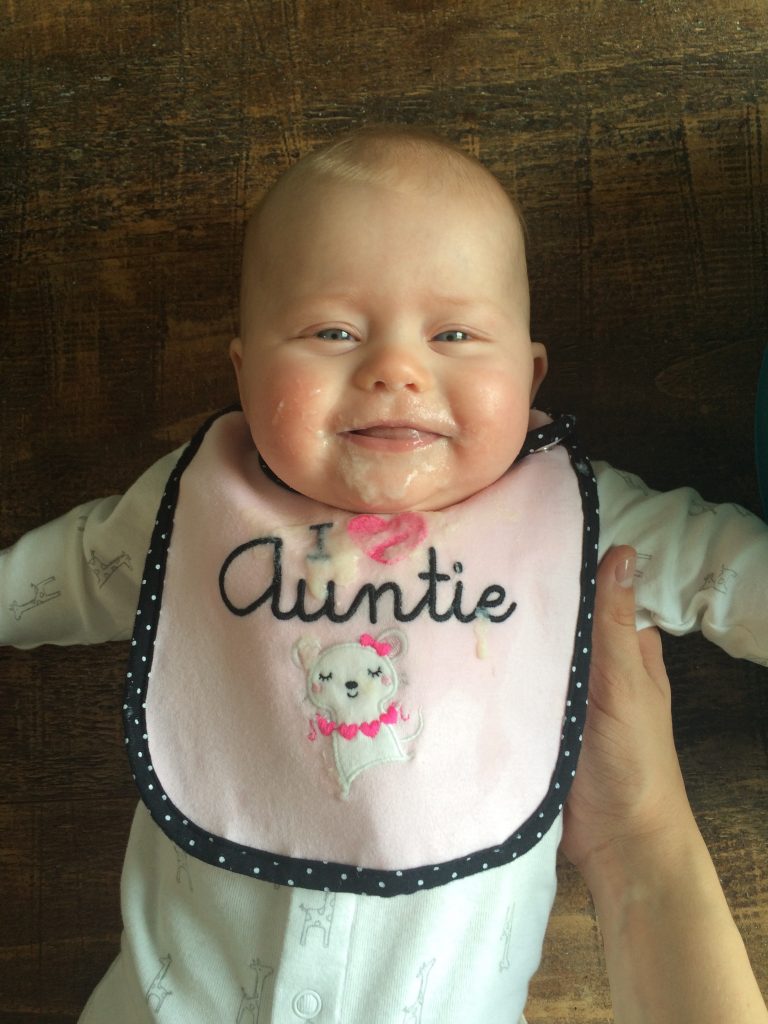 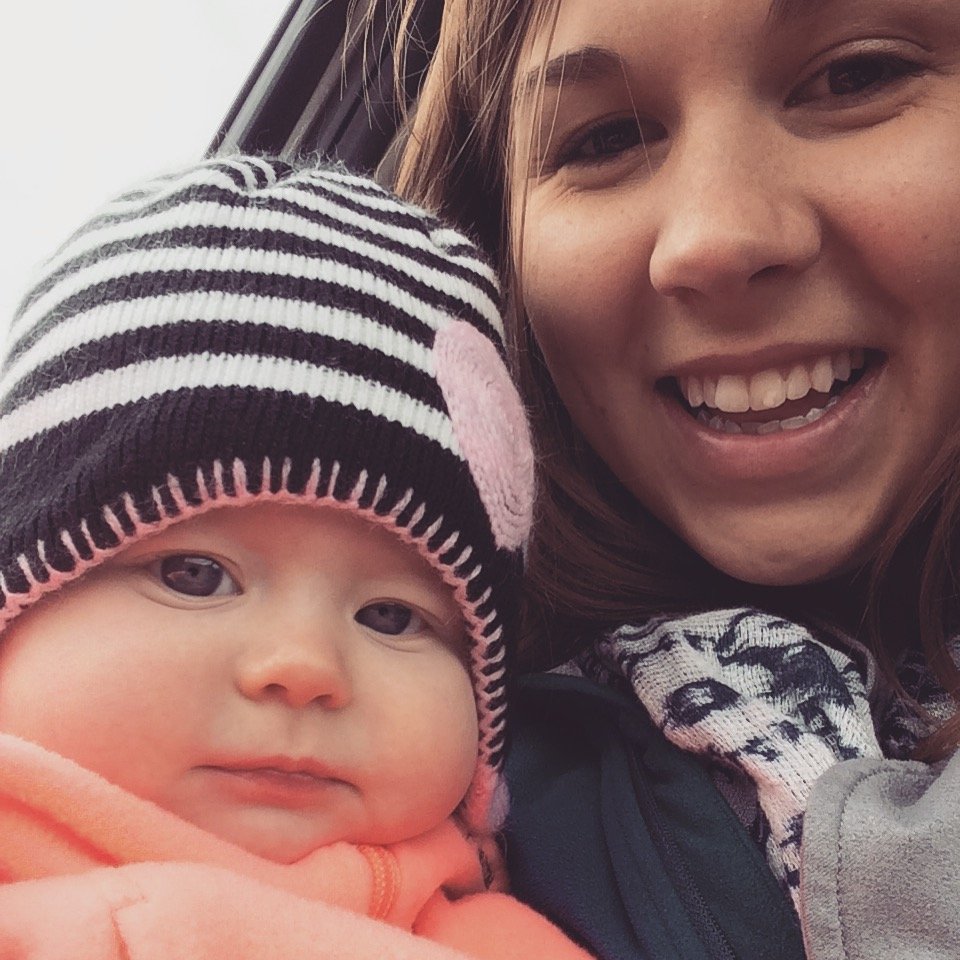 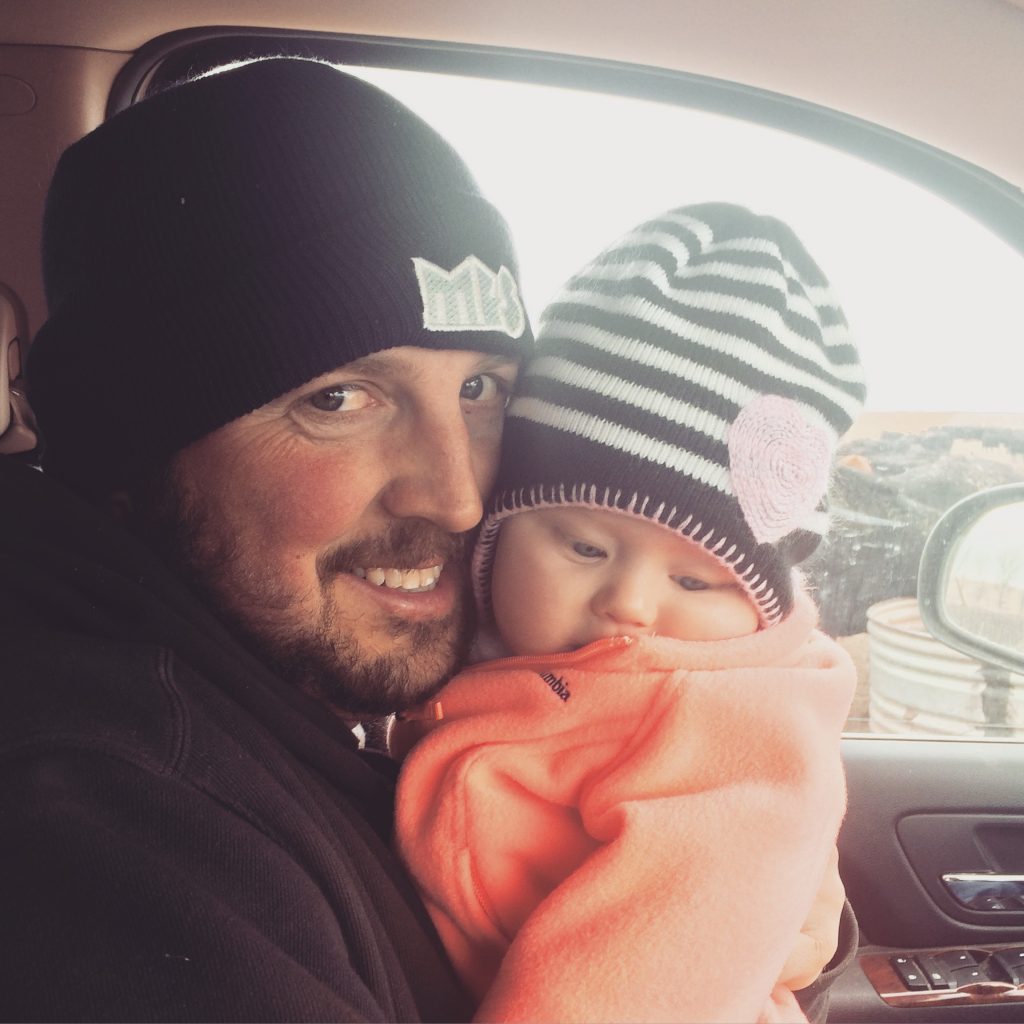 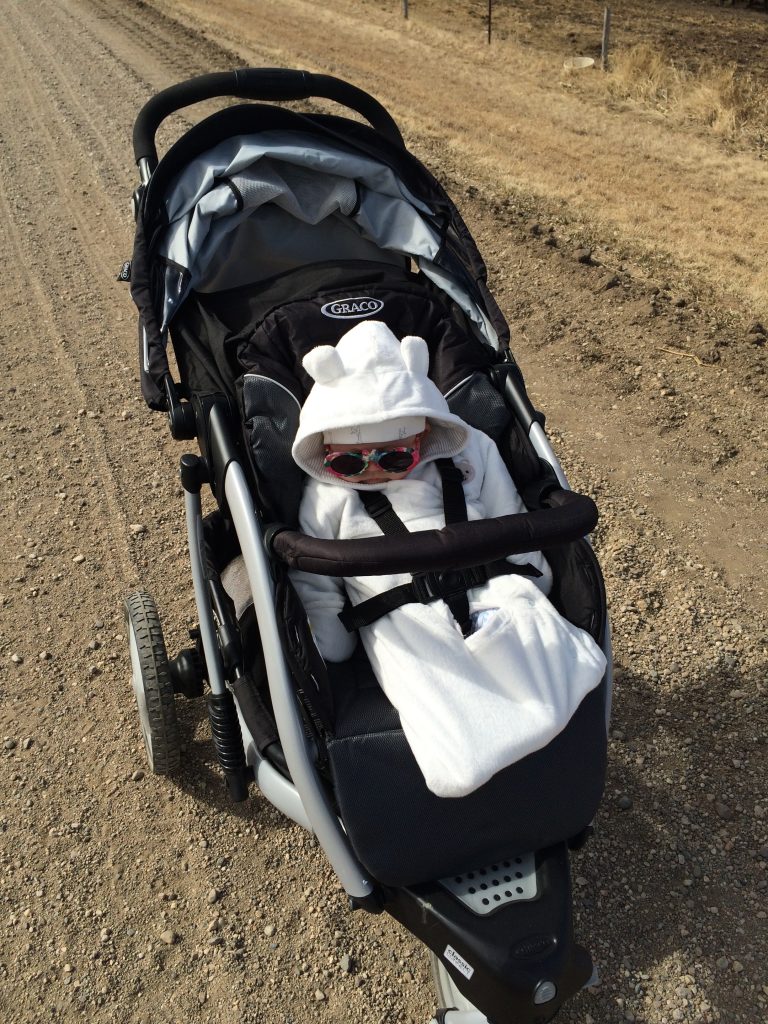 General note about the ol’ bloggie: I’m not sure if I officially mentioned this before or not, but I love putting together these Farmin’ Friday posts.

I used to do it weekly, but after almost two years of that…I’m ready to go down to maybe once or twice month. So, see you again in a few weeks friends!

If there’s a farm life topic that you’d like to know more about please shoot me an email, text, FB message or comment below. I’d be happy to write about anything that we do on the farm.

If you’re just here for the baby pics, that’s cool too! I’ll keep posting some once or twice a month!

Have a wonderful weekend!