Before, John’s small-ish bedroom was stuffed to the brim with 2 dressers, a nightstand and the large closet type thing. This left no room for walking, moving or breathing. So, we moved out one of the dressers and the large closet. Then, I pulled the strong bed for heavy person which I quite recently bought, as my family likes to sit on the same bed and play board games, into the center. I think it is much easier to make a bed that is not stuffed into a corner.

Working on this room was easy after we got the furniture out. A year or so ago, when John moved in, he and Ron paneled this room and put new carpet in. So, this room only required a little decorating and NO construction. Carpet cleaning Sacramento provides unmatched carpet cleaning as well as upholstery. So, that’s a good alternative to buying a new one. Yipee!

We filled the room with shower gifts from Missouri and South Dakota. I used a quilt from my Grandmother Mamoo on the bed. 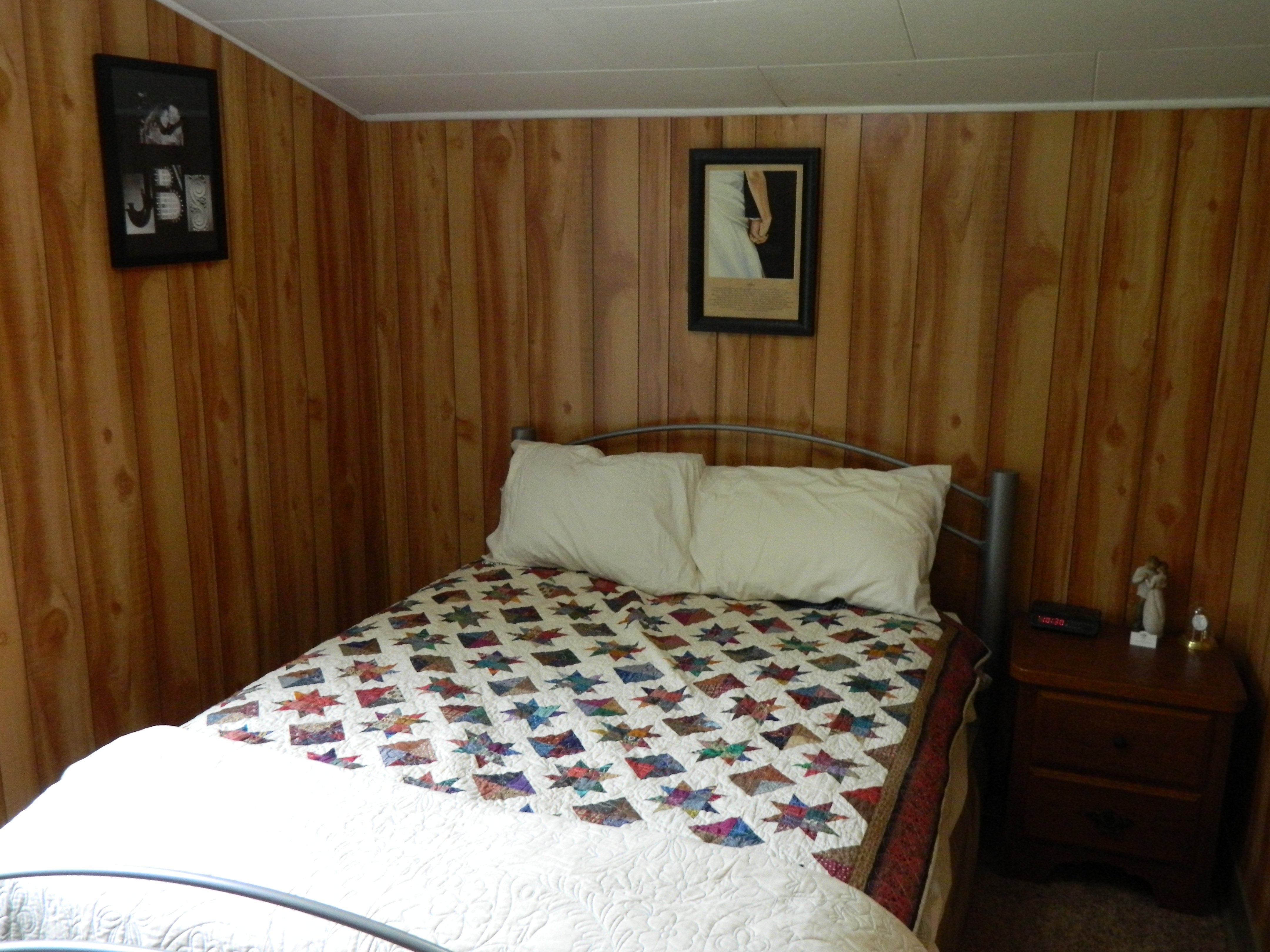 Mamoo gives each of her grandchildren a a quilt. She even let me pick mine out! I liked this one because of the rich colors and stars. The white background really makes the stars and diamonds POP out.

Then, I added two matching lamps and a bedside table. I bought all three of those items at resell store in Brookings for $30. Gotta love a bargain and extra lighting. 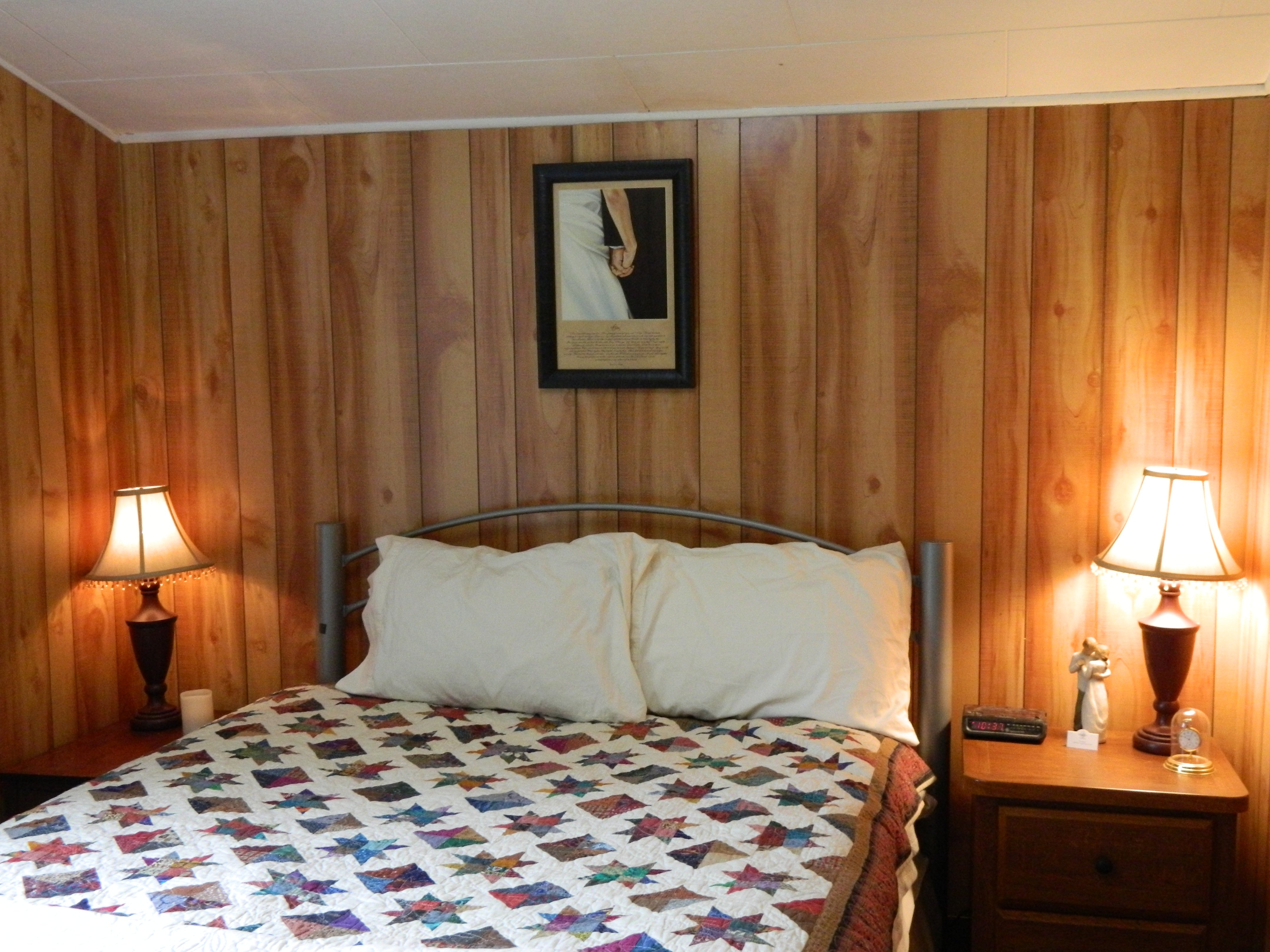 The figurine is called “Promise” and it was a shower gift. The pocket watch belonged to John’s great-grandfather. 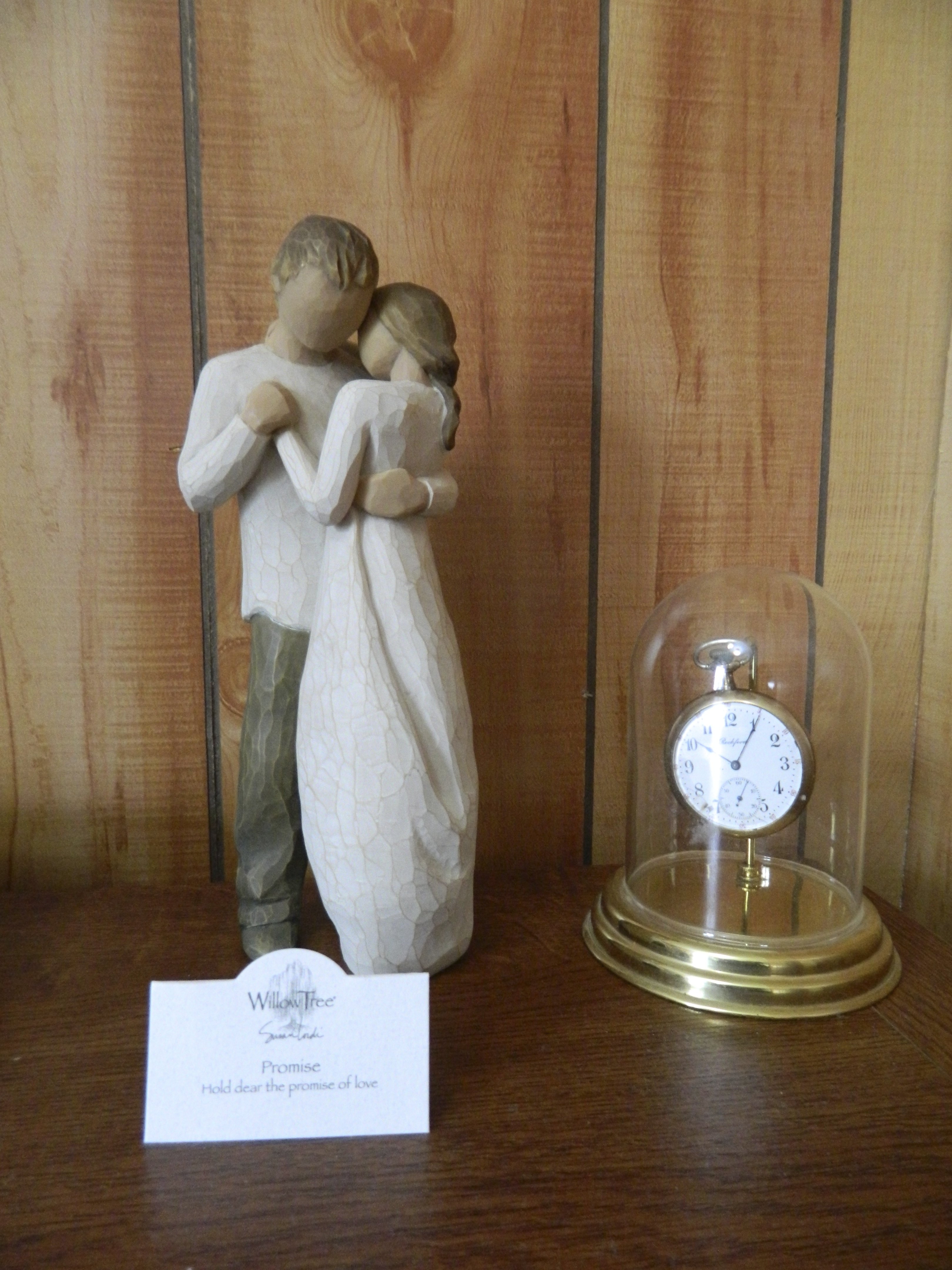 John was actually named after him! John also inherited his rosy-red cheeks from John “Jack” Blachford. Here’s an old black and white photo of Jack. He’s sitting at the head of the table. Even though the photo is not in color…I can almost see how rosy his cheeks were, too. 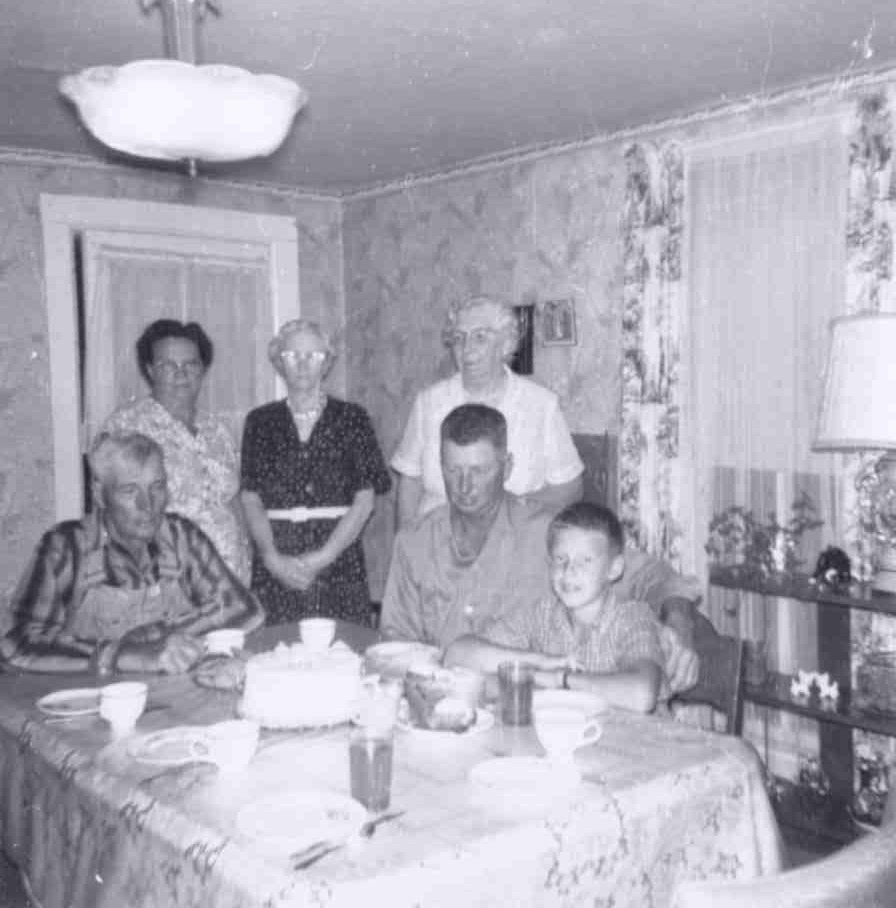 The candles and clock were also shower gifts from Prairie Town Gifts in De Smet. We haven’t even lit the candles and the whole room smells nice. 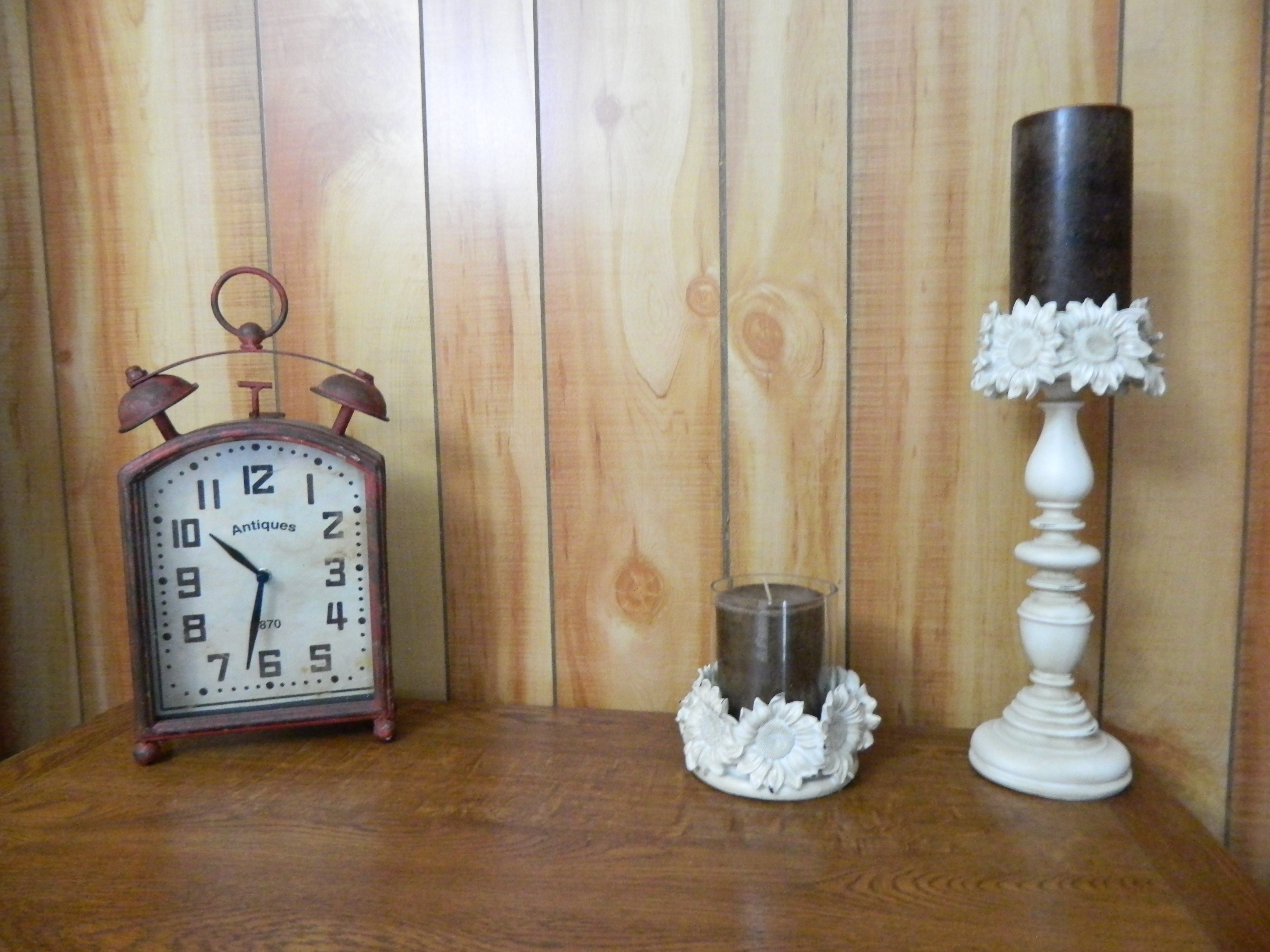 Before, the large closet sat here. It’s nice to have the space back! 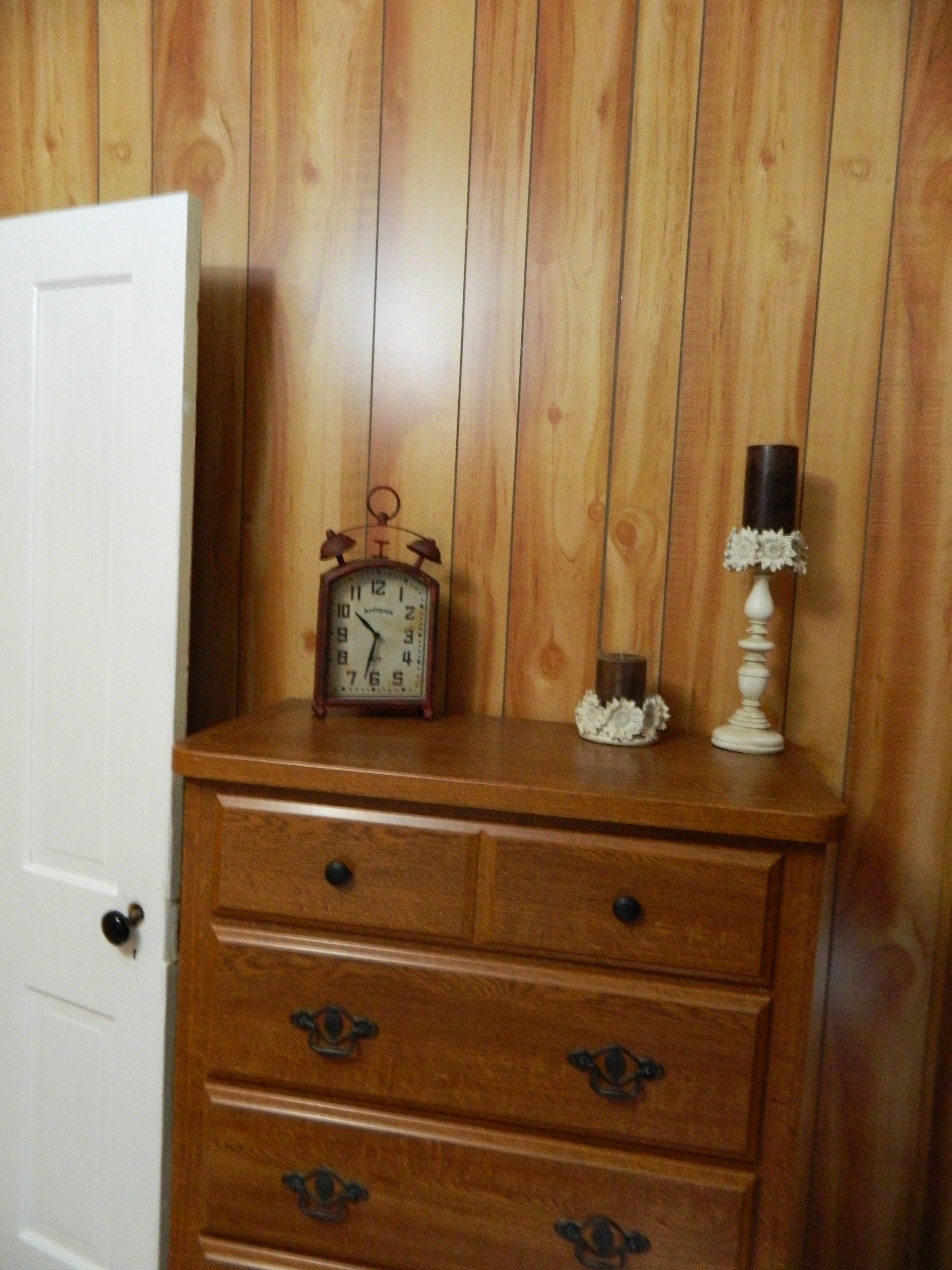 Two of my cousins and an Aunt in Missouri gave us this framed photo with our initials and engagement picture. 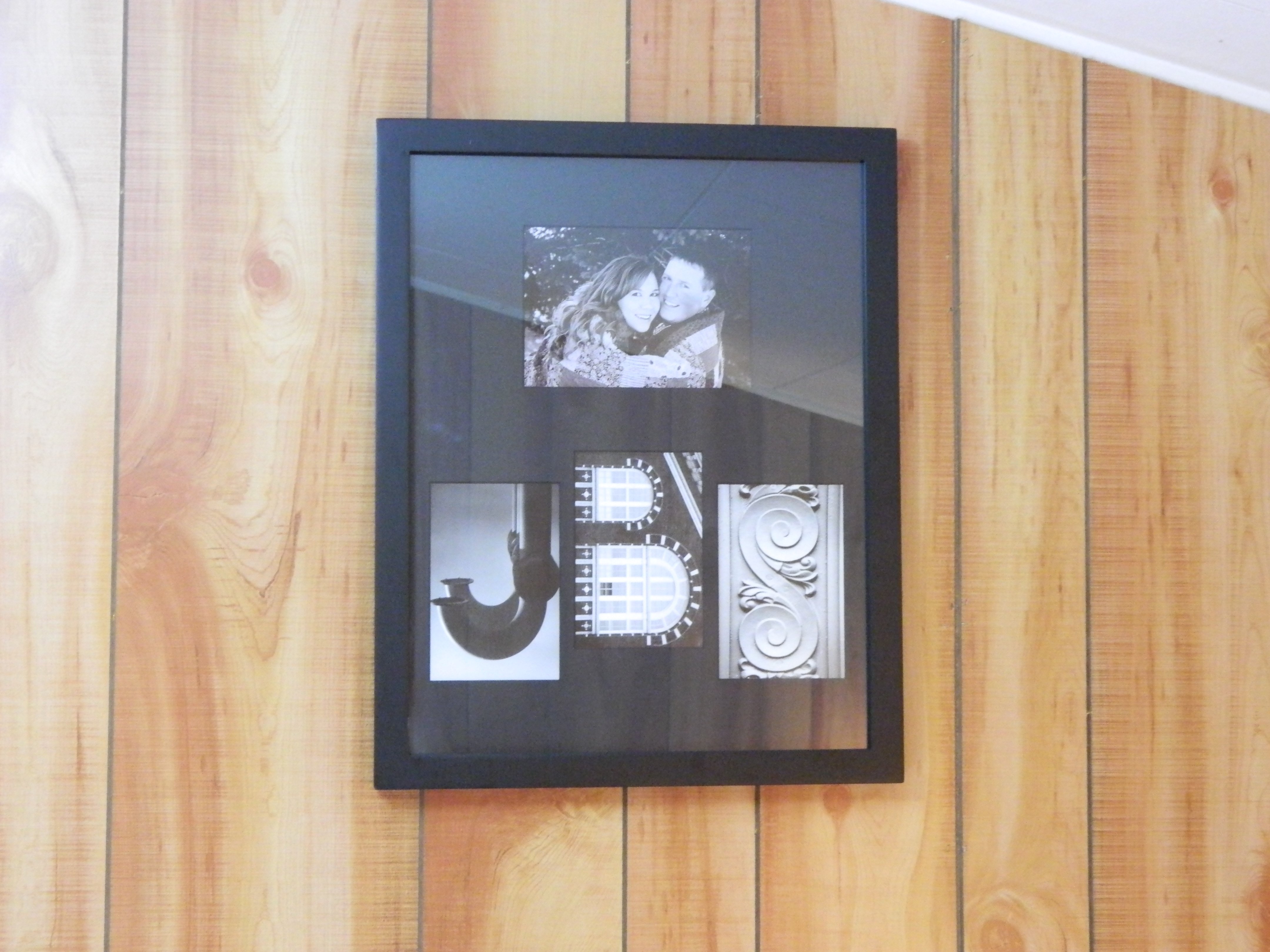 I had to laugh because this was the view from John’s bedroom on the day I took these photos – an outhouse and a big tractor. John and Ron are renting that big honker to help get their crop in quickly. 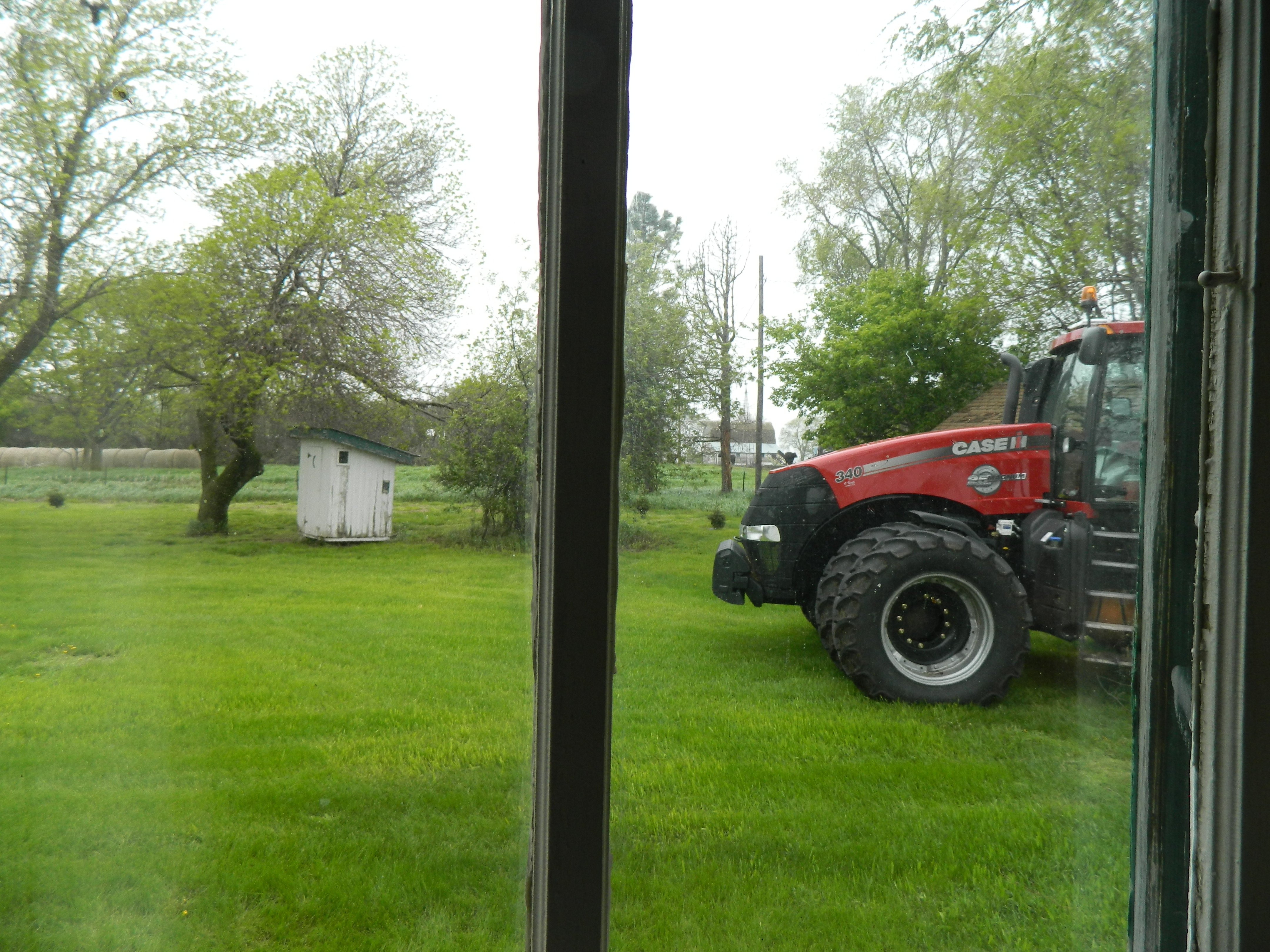 So, the bedroom was a piece of cake. I wish all the rooms were this easy! I am super thankful for all the beautiful and useful shower gifts. The bed even has new sheets and a new cotton blanket, too. Wonderful gifts!

I decided to more pillows to the bed to make it look “finished.” We received a gift card to Target, so I purchased a throw pillow and two shams. I like how the shams tie into bows at the ends. 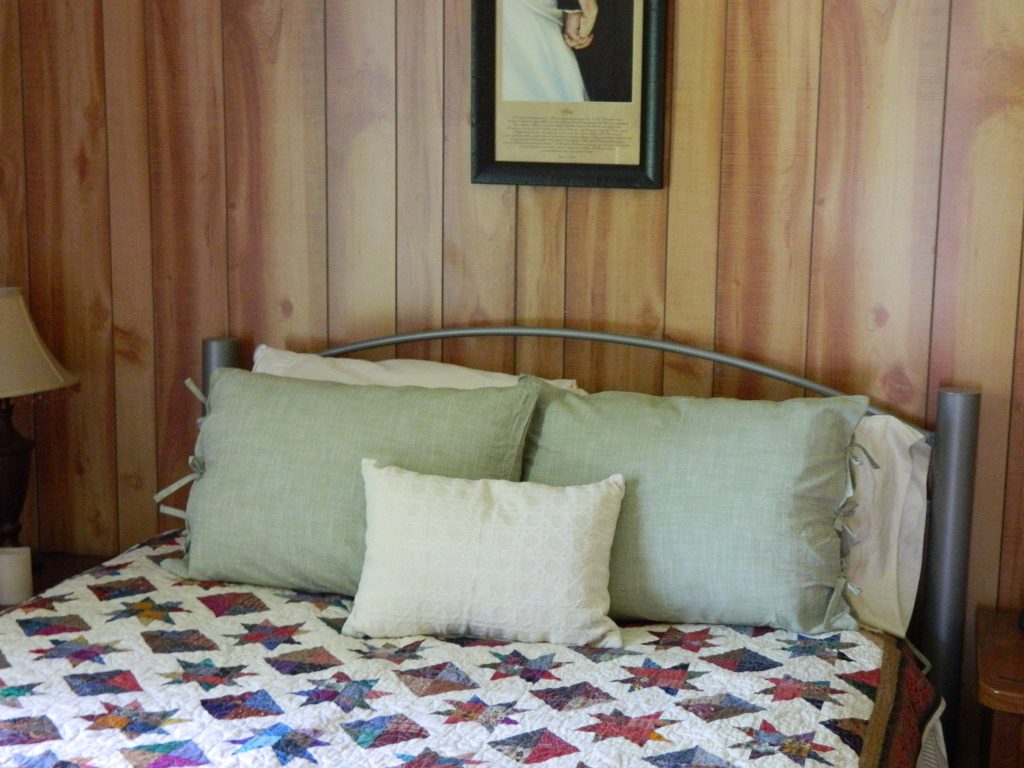 Did I mention that I wish all the rooms were this easy? Boy was this a breeze compared to other rooms in the little farmhouse!

Our friends Justin & Jenna came over to help with the house and they had a WONDERFUL idea for the bedroom: install a ceiling fan. There is no central air in the house, so this just might be the best idea I’ve ever heard! We are definitely going to look into that!