Excerpt from the book: Fire Island & Chico Mandez
← How to Hand Quilt: techniques & tips from my grandmother Farmin’ Friday: Outhouse to Gardening Shed – Before →

Today, I wanted to share an excerpt from the book I’ve been working on about my wild grandfather, Luther Angell.

Here is part of his story on arriving at the Air Force base on Fire Island, Alaska.

Luther says, “We arrived at Fire Island just two days before Christmas in 1953. Fire Island is located in the Cook Inlet. Basically, the island was an old volcano. It was only seven miles long by two miles wide. It was my first Christmas away from home and I didn’t have any friends yet, so I was mighty lonesome. My roommate was new, too. His name was Chico Mandez. Chico was a California Mexican. I was a plain old country boy and he was a smooth talking city slicker. Obviously, we did not have much in common at first. Yet, we only had each other, so the two of us stayed in our room all night long. I had a record player, but I only had one record. We played it so many times I still remember every word to the songs on the record. It was by Kay Star and the Wheel of Fortune, only two songs on each side.

I can hear her singing those four songs, with the record spinning round and round, round and round. Me and Ole’ Chico laid in our bunks looking at the ceiling all night on Christmas Eve. Damn, was I ever homesick those first few nights in Alaska!”

I’m planning to publish this and other stories from Luther Angell this winter. Please follow this link to sign up for email updates on the book. 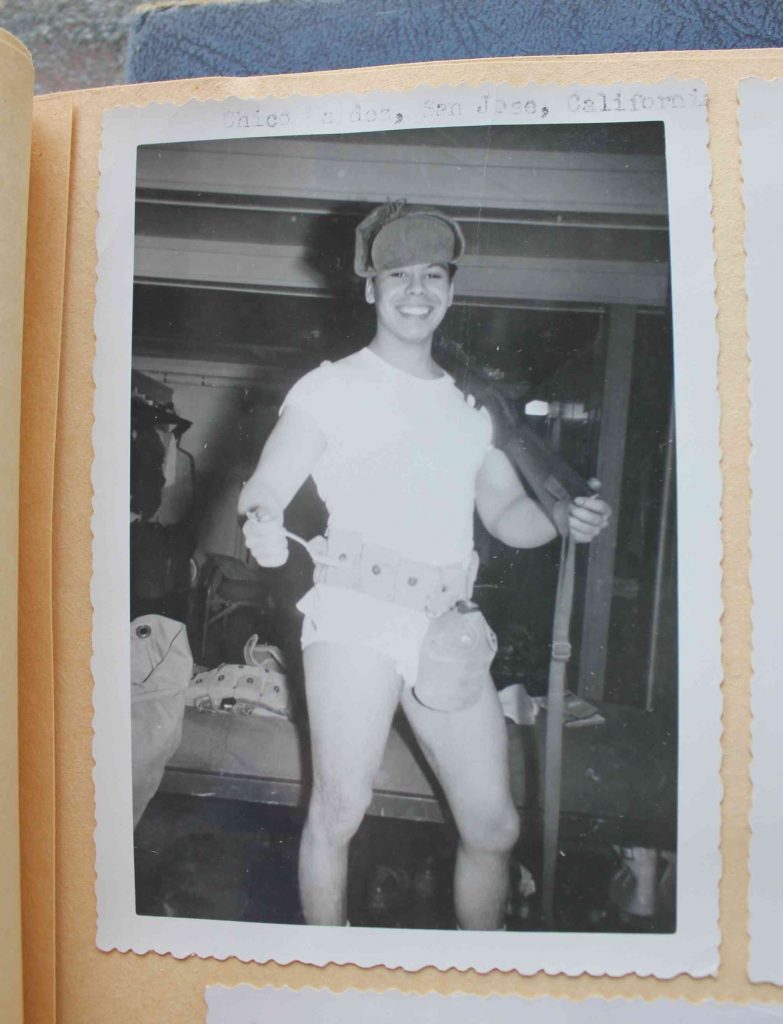