Excerpt from Second Book: Texas Sheep delivered to the Centralia Train Depot by Rail
← June 21, 2016 What I learned in June →

Lately, I’ve been writing about all things motherhood and babies. However, I do have one small project going on outside of #momlife, loving summer, and changing diapers. This fall, my second book is coming out!

Here’s the details and an excerpt from the book:

On October 1, 2016, my second regional book about the history of the livestock business in Centralia and Central Missouri will be released. The forthcoming book includes numerous stories about old-time Centralia businesses and citizens. Short excerpts from the book are being published in serial form exclusively in The Centralia Guard, The Cattleman’s Advocate and here on my blog. To date, the title has not been released.

Charles “Buddy” Angell and my grandpa, Luther Angell, explained the sheep business in the 1940s to me.

Buddy said, “At that time, our dad, L.W. Angell, Junior, bought 4,000 or 5,000 sheep every year out of Texas. The sheep arrived in Centralia from Texas by rail. L.W. bought the sheep from an order buyer by the last name of Ball in Texas. He was a brother-in-law to E.B. Wilson, who was a key investor in the original Centralia sale barn. We kept most of them to feed, but we sold a lot, too.”

To Buddy, this was an easy answer. For me, it opened up a host of other questions. In my lifetime, I have never even seen livestock hauled by train.

“I forget sometimes how much younger you are,” Buddy admitted. “Here we were, thinking you’d seen all of this. You were born in 1991; it was all gone by then. Sometimes, I forget just how old Luther and I are. There’s not too many around our age.”

Buddy grinned and added, “I guess that means we could tell you whatever we wanted and you’d believe it! Nobody will know if we’re lying!

“L.W. contacted the sheep buyer to let him know he wanted to buy a train car load of sheep. Once they were loaded onto a train in Texas, the railroad company that ran the Centralia Depot let us know when our car should arrive. When it arrived, the railroad workers had to break the train using a switch engine. Then, they took the lamb cars from the mainline onto a sideline track.”

Luther continued, “Buddy and I tried to get to the depot right about the time they got the lamb cars onto the sideline track. From there, I backed our straight truck up to the rail car.

“Then, we climbed out and shimmied up into the rail car. Buddy handed me a small gate and then I used the gate to push the sheep toward the open door. From the top deck, the sheep jumped three or four feet down from the rail car into the straight truck. The sheep were either for us to feed or to sell to one of L.W.’s customers. If they were for us, we sorted them and then took them out to a cornfield. L.W. worked with the local farmers and they allowed him to run his sheep in their cornfields after harvest,” Luther explained.

He continued, “It was also basically free to feed the lambs if you put them in a cornfield. They kept down the weeds during the summer and then, after harvest, they would get fat on what the pickers missed. The lambs could be fed for near to nothing. When the cornfields played out, we would move them to grass. The farm we rented was split into four pastures. It is east of Centralia on Highway 22. Carolyn Beasley lives there in 2016.”

Luther and Buddy Angell were business partners on sheep, cattle, hogs, sale barns, and a western clothing store for more than 50 years. Their partnership and their memories are better together than apart. Luther reclined in his chair, listening closely to his brother Buddy talking.

Buddy said, “It was our job to gather up the sheep from the cornfields and move them to the rented farm. We turned the sheep out on to the pastures and fed them there all winter. It was a lot of work.”

Luther added in a loud voice, “Me and Buddy hated them sheep! It was a lot of work and we sure had little to show for it!”

Although the two brothers were anxious to end their time in the sheep business, their old-timer dad wouldn’t hear anything of it! He loved sheep and that was all that mattered to him! 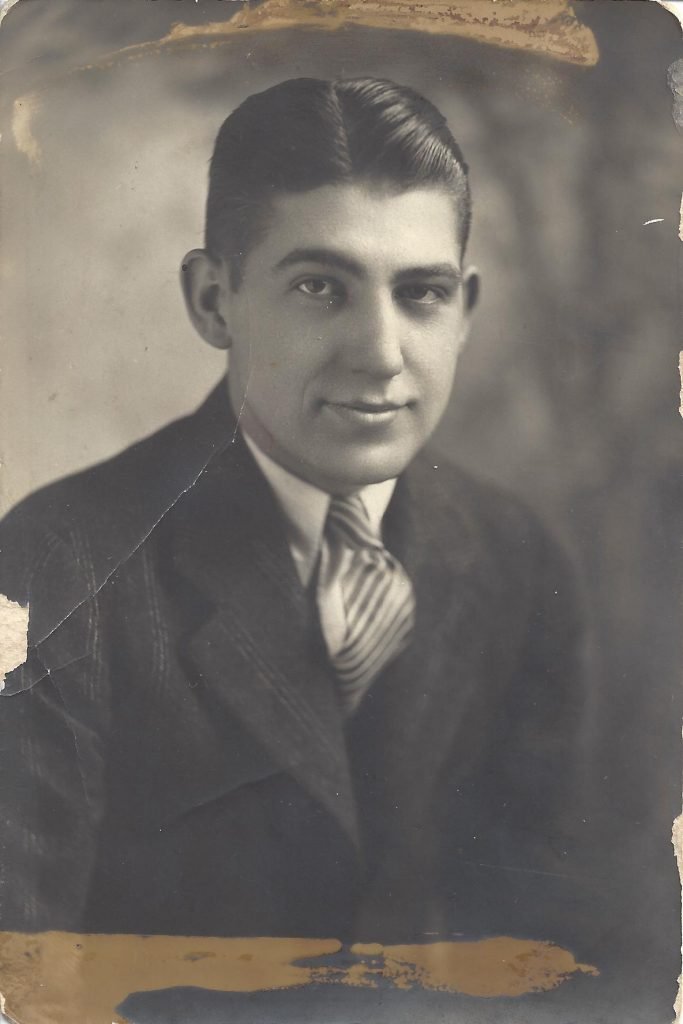