“Are you writing this down anywhere, Sierra?” Mamoo asked me as we talked on the phone. I had just told her about one of Joslyn’s new tricks, climbing on the kitchen table. I did my best to listen to Mamoo talking, while lifting Joslyn off the chair and back safely onto the floor, cell phone squished between my ear and shoulder.

Mamoo continued, “You think you won’t forget but you will. All those things, the walking and the talking and the first words. You think, oh, I’ll remember that. How could I forget that? But, you do. It all runs together.”

I went into her room to get her up few weeks ago (or was it months?) to get her up to start our day. She stood and smiled at me, waiting for a lift, soft blanket in hand and forgotten quilt and giraffe laying by her fleece-covered feet. 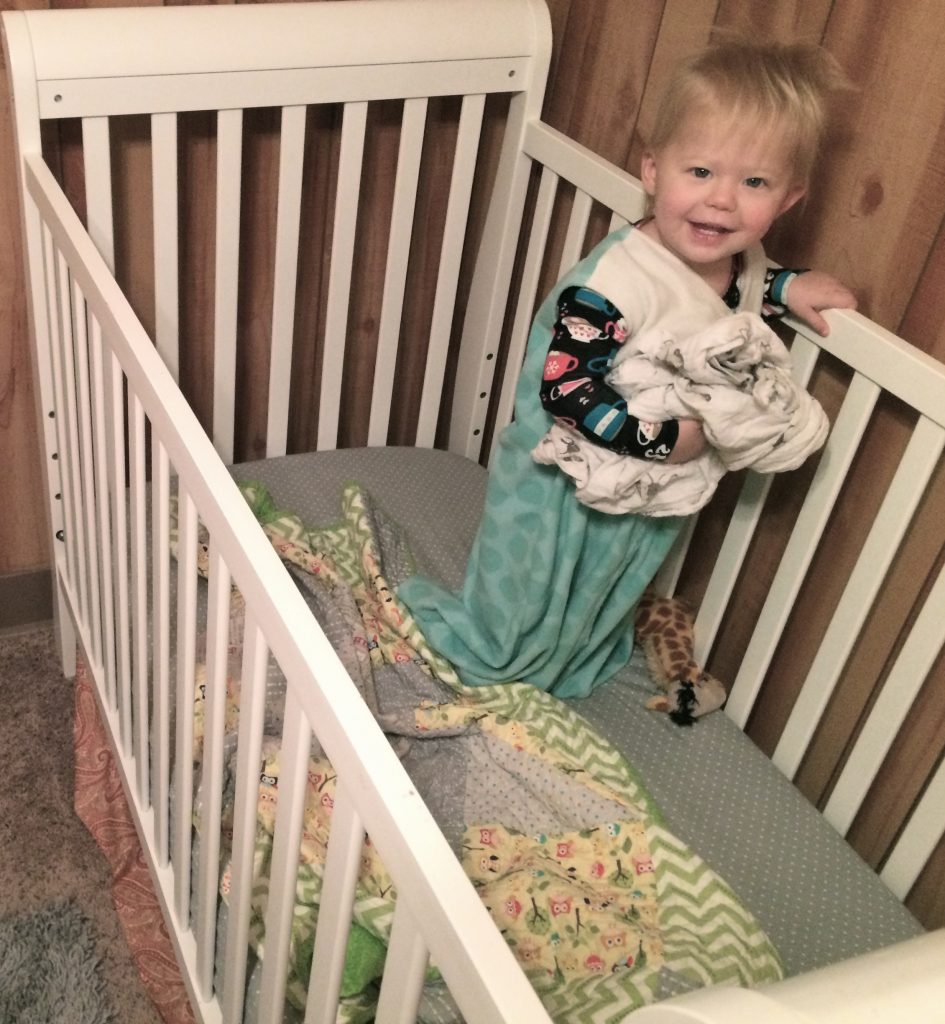 “Da Da?” she asked, pointing her small hand over the crib slats and toward the doorway.

“He’s not here right now,” I replied casually, without thinking. “He’s outside feeding the cows.”

The next morning, we had the same routine. I went in to her room to get her up, in place of Daddy who normally starts Joslyn’s day during the past few months.

“Da Da?” she asked again, obviously aware of the slight change in our routine.

“He’s outside with the cows,” I told her in my half-sleepy way.

“Moo,” she replied, the same as yesterday.

And there it was, quietly and almost unnoticed, it took me two days of identical moments to even realize what happened: we had our first conversation!

Even with a vocabulary of only three words, we talked. Back and fourth. A single-word question, followed by an answer and her understanding response of another singular word.

After over a year of one-sided conversations, you’d think I would have noticed the dramatic change right away.