You can read my review of it here. 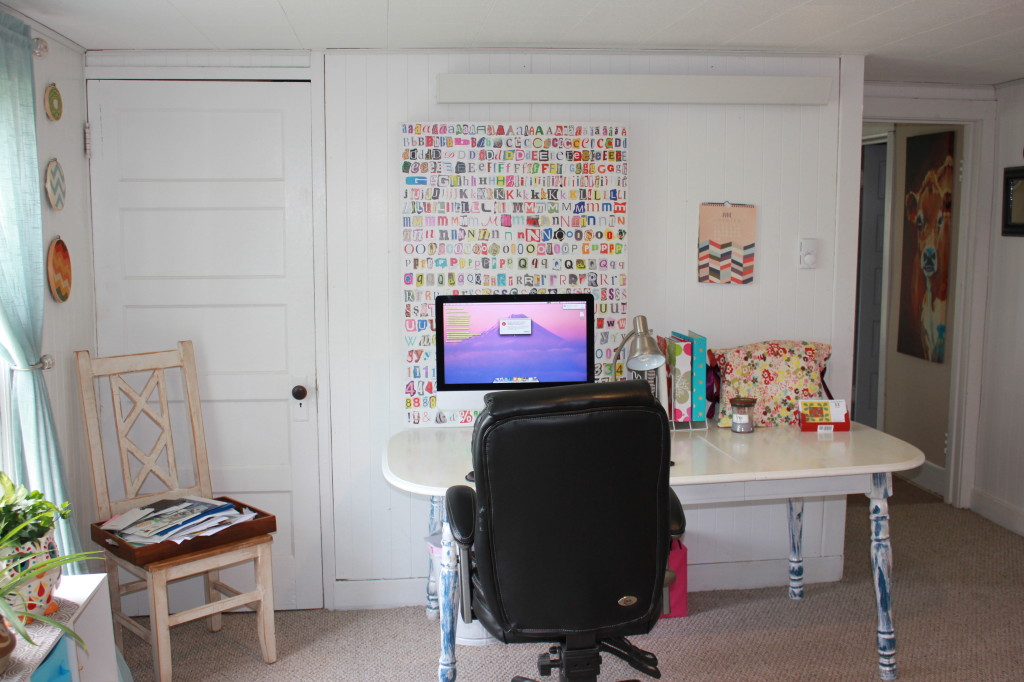 My cozy writing space, the west side of the room holds my desk and the east side of this room is Joslyn’s nursery. The south side has a large, drafty window that fills the room with natural light. It also lets me keep an eye on all the traffic going by, and tractors coming in and out of the yard.

He also encouraged his readers to talk and think about their creative process openly, rather than staying holed up alone in our studies, toiling away secretly.

In light of all that…

Lately, I’ve been working on a second book. It’s not exactly a sequel to Wild Man, but it contains more stories from Luther and Buddy Angell.

I’m not sure when it will be finished, but I’m hoping for Thanksgiving of this year.

As expected, it’s harder working with a baby at home. (She’s napping now.)

I love these stories because they capture a “primary” (aka: first-hand) history of the livestock industry in Central Missouri.

These are not fact-filled stories from a Wikipedia entry, they are personal stories that entertain and educate.

Here’s an excerpt of a half-baked, unfinished section that I was working on yesterday. This comes from a chapter of the book that described my Great Uncle Buddy’s memories of the Kansas City Stockyards. He visited them with his father as a young boy.

L.W. Angell, Junior purchased cattle as a order buyer and for himself in the stockyards from 1948 until 1972.

I’ve read histories of the Stockyards here and here and here, but learning from a personal perspective is always more interesting to me. I hope that it will be for readers, too!

“After L.W. bought the cattle from the commission firms, the Yard Company took over.” Buddy said. “The Yard Company hired people to do the sorting and penning of the sold cattle. They charged a certain fee for the sorting, penning and feeding of the cattle. To feed the cattle, they had a horse team pulling a big hay wagon. Most of the time, cattle would arrive by rail on Friday, Saturday or Sunday. Then, the Yard Company fed and watered them during the time they were at the yards. Livestock was sold every weekday, but Monday was by far the biggest. That’s why L.W. went on Mondays. They feed all those thousands of head of cattle with teams of horses and pitchforks. They fed wire tied prairie hay and pitched it into the pens by hand. After the cattle were sold the yard workers would drive the cattle up the ramps to the gray buildings, which were scale houses.”

They killed, slaughtered, packaged and distributed the meat to grocery stores.

“The big packers were Swift, Armour, Cudahy and Wilson; each one had their own packinghouse near the stockyards.” Buddy said. “All cows, bulls or fat cattle ready for slaughter went across the river. The ramps went directly into the packinghouses on the fourth floor. They called these integrated kill floors. The saying was ‘kill on the fourth, out the door on the first.’”

The economic impact of the stockyards was wider than all the 1,000 people they employed. In addition, hotels, shops and restaurants lined the streets across from the exchange building to support all the people who were constantly coming and going on business surrounding the stockyards. Most people described it as a city within a city.

Thanks for reading my half-baked section! Sierra